With his new Microfictions, the French writer Régis Jauffret offers us more than 1000 pages of macropleasure. 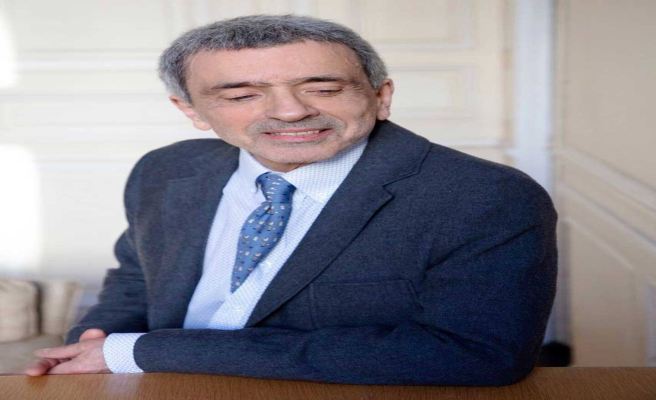 With his new Microfictions, the French writer Régis Jauffret offers us more than 1000 pages of macropleasure.

It was in 2007 that Régis Jauffret surprised everyone with his first Microfictions, a kind of literary UFO whose 500 brief one-and-a-half-page stories, all independent of each other, have absolutely nothing tender or nice. They may have a healthy dose of dark humour, but most of them are more of a hard-hitting and shoving type.

"I'm not one of those French writers who tell their life story, because I don't think people are interested," explains Régis Jauffret, who we were able to reach at his home in Paris. So I tell stories. But stories that go wrong, otherwise they would not be of much interest. Reality, when it gets down to it, can be as dark as what I write."

Miserable old age, pedophilia, disappointed love, incest, illness, poverty, sexual problems, alcoholism, injustice, imbecility... Whatever the subject, Régis Jauffret had a field day. So much that he will not hesitate to put it back. First in 2018 – we note in passing that this second Microfictions won the Goncourt short story award –, then again this year, with a Microfictions 2022 which already has its place in our list of favorites. And each time, always the same formula: a block that brings together 500 brief stories as incisive as they are jubilant... provided you like the caustic spirit and the singularly tragic destinies!

A disfigured quadriplegic whose husband took to their heels six months after the accident. A nonagenarian who blames himself for the murder of his wife so he can finally have the chance to talk to someone. A child so ugly that his parents are seriously considering getting rid of him permanently. An unemployed man who insists on sending his CV everywhere even though he hasn't landed a single job interview for two years. A homeless woman who won't want her son the moment he starts to look a little too much like one of the guys who raped her.

As we can see, Régis Jauffret is not in the lace. He also emphasizes that there are books that are only intended for adults.

“I believe that we live in a world where there is terrible violence, terrible inequalities, terrible racism, he specifies. That said, I don't have a favorite theme, but it's true, old age often comes back. I was surrounded by old people when I was young and I was quite struck by the death of my two grandmothers. And then there is also the old age that awaits me and that I do not like.

Too bad we can't replace the word apple with story in the proverb "An apple a day keeps the doctor away", because if that had been possible, Régis Jauffret would at least have had the assurance of aging in good health!

"I try to produce one story a day," he says. I go to the cafe and in an hour or two it's written. Afterwards I come back to it for the clarity of the text. I never have inspiration problems. In fact, sometimes I have an overflowing imagination and I know that I will die without having written everything.

Part of a pandemic

When COVID began to spread to the four corners of the planet, Régis Jauffret had almost put an end to his Microfictions 2022.

"So I removed 100 stories from the finished volume and replaced them with 100 stories that are contemporary with COVID," he says. It is a period of which we very quickly forgot the details and now, it already seems distant to us.

“There has been a lot of talk about the isolation of old people in institutions for the elderly, but very little about young people who did not have a scholarship and who found themselves in situations of misery, he continues. Domestic violence was also little talked about and yet it was huge. Being confined to a space of 50 m2 is not the same as being confined to a villa with a garden. Complaints, there are many that have not been filed.”

A fertile ground that Régis Jauffret did not hesitate to exploit, always finding a way to make us cringe. But with style, because his pen is simply admirable. A favorite.

1 Discover accessible board games for the whole family 2 Mario Strikers: Battle League... exhilarating! 3 Under the charms of Victoria 4 Montreal must learn from Toronto 5 Motorcycle accident: a father almost stayed there 6 More than 1,000 dead or injured by bullets in four... 7 A pastor tired of having a funeral 8 An upcoming debate on the charter, says Jolin-Barrette 9 Hospital changes approach to victims 10 Tom Thibodeau: A star coach linked to La Pocatière 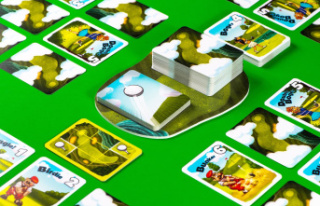 Discover accessible board games for the whole family