A committed and talkative artist, Émile Bilodeau is as busy as ever with the festival season in full swing. 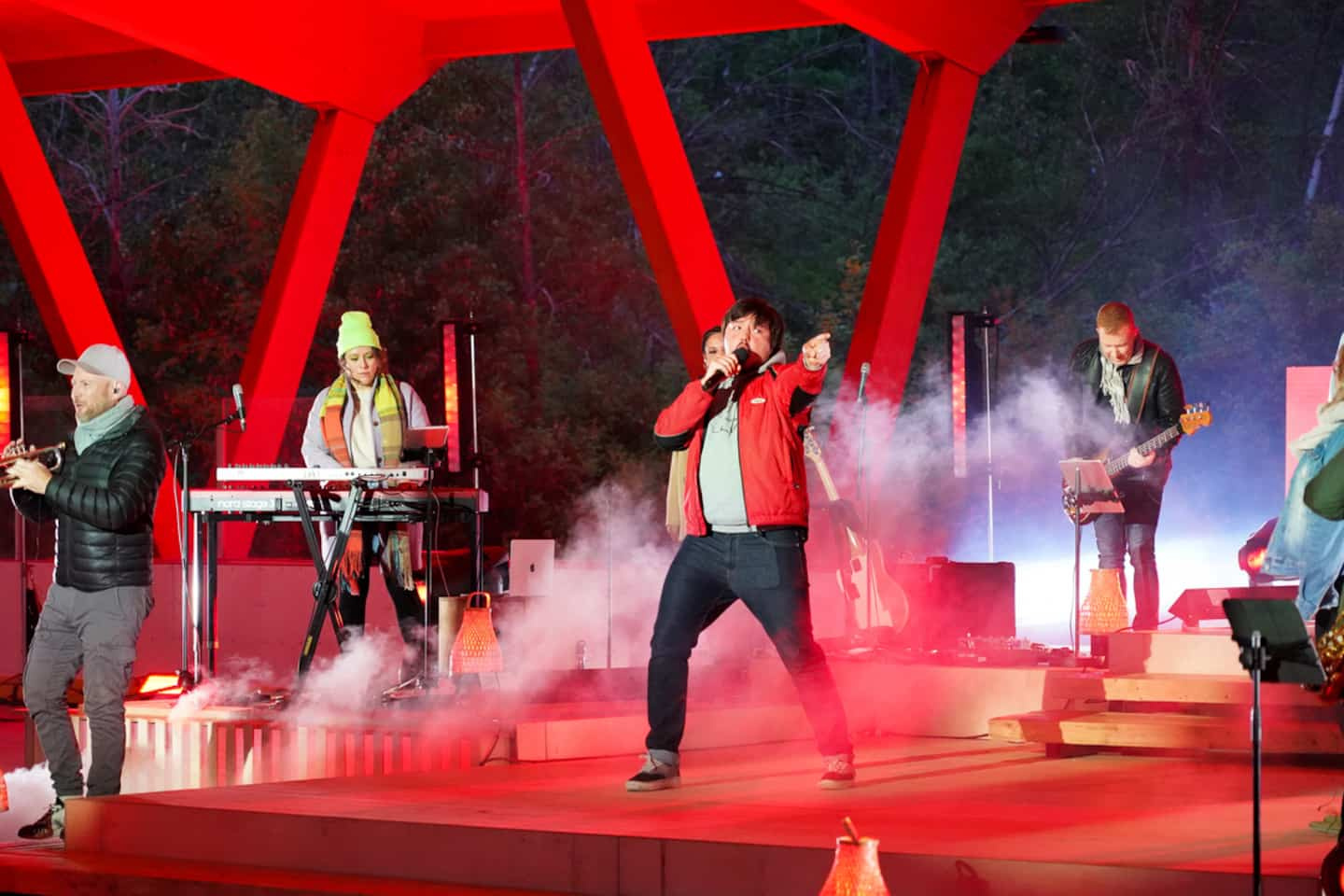 A committed and talkative artist, Émile Bilodeau is as busy as ever with the festival season in full swing.

Originally from Longueuil, the 25-year-old singer-songwriter took advantage of his time on the set of "La belle tour", at Handel Park in Candiac, to talk about what drives him and sing his piece "La jungle capital”.

It was not sunny or very hot during the filming of the episode dedicated to Montérégie which is broadcast this Monday, on TVA. Never mind, Audrey-Louise Beauséjour of "Star Académie", Lise Dion and Alex Burger still had fun singing pieces like "La Rive-Sud" by Michel Rivard or "Bienvenue à Longueuil" by Damien Robitaille. Elliot Maginot is also part of the "Postcard" segment.

Like many artists, Émile Bilodeau is taking advantage of the resumption of activities to play pieces from his third opus, "Petite nature", and he has just shone at the Francos de Montréal with his guests Elisapie, Maten, Laura Niquay and Scott-Pien. Picard.

Émile Bilodeau is more than happy to find people. "It's been a long time since we've done so many "shows" in such a short time. It's the "fun" to be able to meet new people, see old friends and family.

He is preparing to set sail for the Gaspé, where he will give a show on July 2 at the Festival en chanson de Petite-Vallée, which has always welcomed him. This year, he is a “passeur” there with the great Paul Piché, of whom he is the heir as a socially engaged singer-songwriter.

"Petite-Vallée has adopted me since my debut and I am one of the artists who has played the most there," he told Agence QMI, taking advantage of the interview to discuss ecology, immigration and the next election campaign, themes he intends to address during his shows this summer.

As the elections in Quebec will be held on October 3 and the polls predict even more deputies for the Coalition avenir Québec (CAQ), Émile Bilodeau wants to promote Québec solidaire and sovereignty. In particular, he wants to “limit the damage”, because he finds that the CAQ and Prime Minister François Legault are already “arrogant”.

“When the CAQ will return to the majority on October 3, I will be really angry with myself if I have not done my part. As long as we have four years with the CAQ, we will try to bring in more progressive MPs, who think more about people's incomes, families, housing. François Legault has a definition of what it is to be a Quebecer and it gets on my nerves.

Think about your health

Even if he is still young, he who will celebrate his 26th birthday this Tuesday, Émile Bilodeau is starting to think more about his health. “I will have to give up the beer and eat better, that is a challenge for me, but I am confident that I will find the balance between pleasure and health. It's not me who's going to cheat by eating bacon in the morning at the hotel!"

Since he's "hardworking" as his career has demonstrated, "he doesn't compromise when he feels the urgency" because he "[wants] to live long."

The show “La belle tour” dedicated to the Montérégie is broadcast this Monday, at 8 p.m., on TVA.

1 Zelensky asks the G7 to “do the maximum” to end... 2 Weather in Quebec: after the hottest day, the rain... 3 To accuse or not to accuse: the Donald Trump dilemma 4 43 more Canadians barred from entering Russia 5 Possible drowning at Spooner Pond Lake: search resumes... 6 The Avalanche win the Stanley Cup: Denver is hockey 7 Memorial Cup: Jan Mysak, a workaholic 8 Zelensky asks the G7 to “limit the price of Russian... 9 Mysterious deaths in a bar: young people poisoned? 10 The vast majority of Quebecers buy local to support... 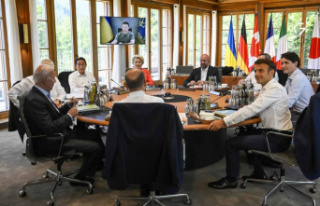 Zelensky asks the G7 to “do the maximum” to end...