Millions in cheese by-products thrown away

After the two million liters of milk thrown away last month, millions of dollars of cheese by-products are wasted due to the strike of 250 workers at the Agropur plant in Granby.

After the two million liters of milk thrown away last month, millions of dollars of cheese by-products are wasted due to the strike of 250 workers at the Agropur plant in Granby.

After the strike started on June 29 at the Agropur plant in Granby, producers had to throw away more than two million liters of milk.

They have since managed to sell their milk to other factories in Ontario and Quebec in the meantime, but they still lose some of the cheese by-products that some of these factories cannot process.

"We don't throw that in the environment, it's biomethanized. These are lost revenues for producers. We are talking about millions of dollars,” laments Daniel Gobeil, president of the Producteurs de lait du Québec (PLQ).

"We are forced to buy by-products from certain factories, such as buttermilk," illustrates Mr. Gobeil, who wrote a letter to the president of Agropur and the president of the factory union, yesterday.

For the president of the union at the Granby plant, Daniel Chaput, the ball is in the court of Agropur, which stretches the sauce of work-family balance.

“Employees are asked to forget about their families and really be available 40 hours a week, 24 hours a day,” explains the man who has worked at the factory for 42 years, pointing to the factory behind him.

When asked to get wet on food waste, Daniel Chaput says he regrets it, and points to the management party.

“We had the strike vote in April. We left on June 29. The employer was aware that something was going to happen, ”retorts the cheese analyst who wants a quick agreement in principle.

In the Journal, he insists: in the midst of a labor shortage, Agropur must do more to avoid losing its workers, as is the case of a dozen of his colleagues, who have already found their match. somewhere else.

"There are people who are going to get bored," he warns.

"Aware of the pressure"

At Agropur, we also say we are "concerned about waste".

“We are aware of the pressure put on dairy farmers in this conflict. They are our members and owners of the cooperative,” underlines its VP, corporate communications, Mylène Dupéré.

"We want a quick return to work and continued discussions to find a fair and equitable agreement," she adds.

At the Granby plant, wages range from $29.07 to $32.48 per hour, recalls the cooperative. This is in addition to benefits and a vacation of up to six weeks, it is argued.

1 Air France misplaces 75% of their luggage and tries... 2 How to finance my renovations 3 2008 Tokyo killer of 7 was executed 4 Baptist institutions: "accomplices" of Pastor... 5 Diagnoses on the rise in Quebec: Crohn's disease... 6 Japan: search of a former senior official of the Tokyo... 7 Israeli army destroys homes of Palestinians accused... 8 Drop in gas deliveries: Europe must free itself from... 9 Governor General Acknowledges Apology from Pope Francis 10 Airbus tested its A400M transport plane as a water... 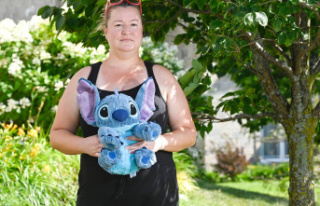 Air France misplaces 75% of their luggage and tries...