After hitting his first career home run in major league baseball, Quebecer Charles Leblanc, who plays with the Miami Marlins, pointed his finger at the stands.

After hitting his first career home run in major league baseball, Quebecer Charles Leblanc, who plays with the Miami Marlins, pointed his finger at the stands.

• Read also: A first circuit in the Majors for Charles Leblanc

This simple gesture, made while trotting between the second and third cushions, was the symbol of a thousand thanks to his family that he designated.

“We live in magical moments, his father Paul Leblanc said, with emotion, the day after this long ball hit on Sunday by his son who was then playing his second career game in the big leagues. Charles knew where we were sitting, I had this feeling that he was pointing at us. »

In the stands of LoanDepot Park, Mr. Leblanc was notably accompanied by his wife Evelyne Boudreau then by Jacynthe Leblanc, Charles's sister.

Grandma Louise Boudreau also made the trip, as did Rosalie Desmarais-Moisan, who is the 26-year-old's girlfriend, as well as a good part of the in-laws.

"He always believed in him, that's what makes me the most proud," added the father, giving a generous interview yesterday from his hotel room in Miami. He had good seasons in the Texas Rangers affiliates [from 2016 to 2021] and it was not always clear why he was not recalled. Again this year, we were looking forward to it happening with the Marlins, then the call came. »

Shortly after the official recall of Charles, last Friday morning, his relatives themselves received the long-awaited phone call to the family home in the Sainte-Dorothée district, in Laval.

“Charles had trouble reaching his mother and me on the phone and it was finally his sister who heard the big news, said Paul Leblanc. She came to see me and said: “your guy is a big leaguer [a major baseball player]”. It was crazy ! I was crying with joy. »

Quickly, Evelyne Boudreau returned from New Brunswick, where she was enjoying a few days off, and the mad race was on in order not to miss Charles' first game in major league baseball.

A flight was purchased to leave very early on Saturday morning from Montreal-Trudeau International Airport, with a connection to Atlanta.

"It was good for the connection, but we almost missed our flight in Montreal, while there was a wait at customs, said the dad. We even had to run so as not to miss the plane. »

Since it had not been used by the Marlins manager on Friday evening, the whole family had a front row seat on Saturday evening to watch Charles Leblanc's first major league game against the New York Mets.

Without hesitation, she stayed there on Sunday to attend the famous circuit that will remain etched forever in the memory of the Leblancs.

“I still remember when Charles was 2 years old and I was throwing the ball to him in the backyard of the house in Sainte-Dorothée, blew Mr. Leblanc. Today, to finally see him in the major leagues, it's incredible! »

The Leblanc family was in Miami again last night to watch the first game of the series between the Marlins and the Cincinnati Reds.

The return flight was scheduled for today.

The arrival of Charles Leblanc in major league baseball has breathed a breath of fresh air into the discipline in Quebec, particularly among position players.

Leblanc, 26, became the third player who grew up in Quebec to play in the big leagues this season, after Abraham Toro of the Seattle Mariners and Otto Lopez of the Toronto Blue Jays.

However, these three athletes have another point in common: they all play in the infield.

“I think it's a cycle, analyzed Jasmin Roy, who is a recruiter for the Blue Jays. But it is sure that the message is good for young people in Quebec who are not pitchers. »

Prior to Toro's debut with the Houston Astros in 2019, pitcher Jesen Therrien was the newest Quebecer to reach major league baseball.

While former receivers Russell Martin and Pierre-Luc Laforest stood out from the crowd, gunners Éric Gagné, Phillippe Aumont and Denis Boucher will have especially marked the past since the 1990s.

"Charles and Abraham both played together for the Quebec team and to see them in the major leagues, it's incredible," reacted Douglas Toro, Abraham's big brother, also an excellent baseball player. .

Indeed, Charles Leblanc and Abraham Toro had notably represented Quebec at the Canada Games, in 2013, in Sherbrooke.

"It's good for them, but also for the next generation," adds Douglas Toro. We can now wonder who will be the next Quebecer to reach major league baseball. »

Among Quebec's main prospects, Édouard Julien, who is another position player, continues to make his mark currently at the AA level in the Minnesota Twins organization.

Regarding a possible cycle, it is interesting to remember that the three Quebecers who were selected in the recent major baseball draft were also pitchers: Cédric De Grandpré (Braves), Nathan Landry (Red Sox) and Jérémy Pilon (Blue Jays).

Games played by Quebecers in major league baseball (since 1990):

1 Osheaga in 7 moments forts 2 Using his “equity” to pay his credit card debts 3 Nancy Pelosi lands in Malaysia, Taiwan stopover increasingly... 4 Armed assault in Longueuil: a man in his twenties... 5 First shipment of Ukrainian grain expected in Istanbul... 6 Zawahiri 'is no more': Biden announces death... 7 Budget Klondike for Trudeau and Freeland 8 We really have pee-wee priorities... 9 Montreal and the rest of Quebec: the gap 10 Orlando had tears in his eyes 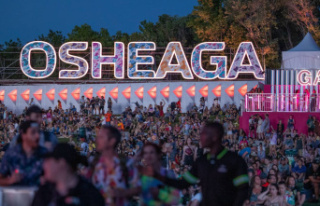