Mom Boucher aggressive and contemptuous until the end

Maurice "Mom" Boucher died of cancer on Sunday at the Archambault penitentiary in Sainte-Anne-des-Plaines, where the former head of the Hells Angels showed his contempt for the authorities until his last breath. 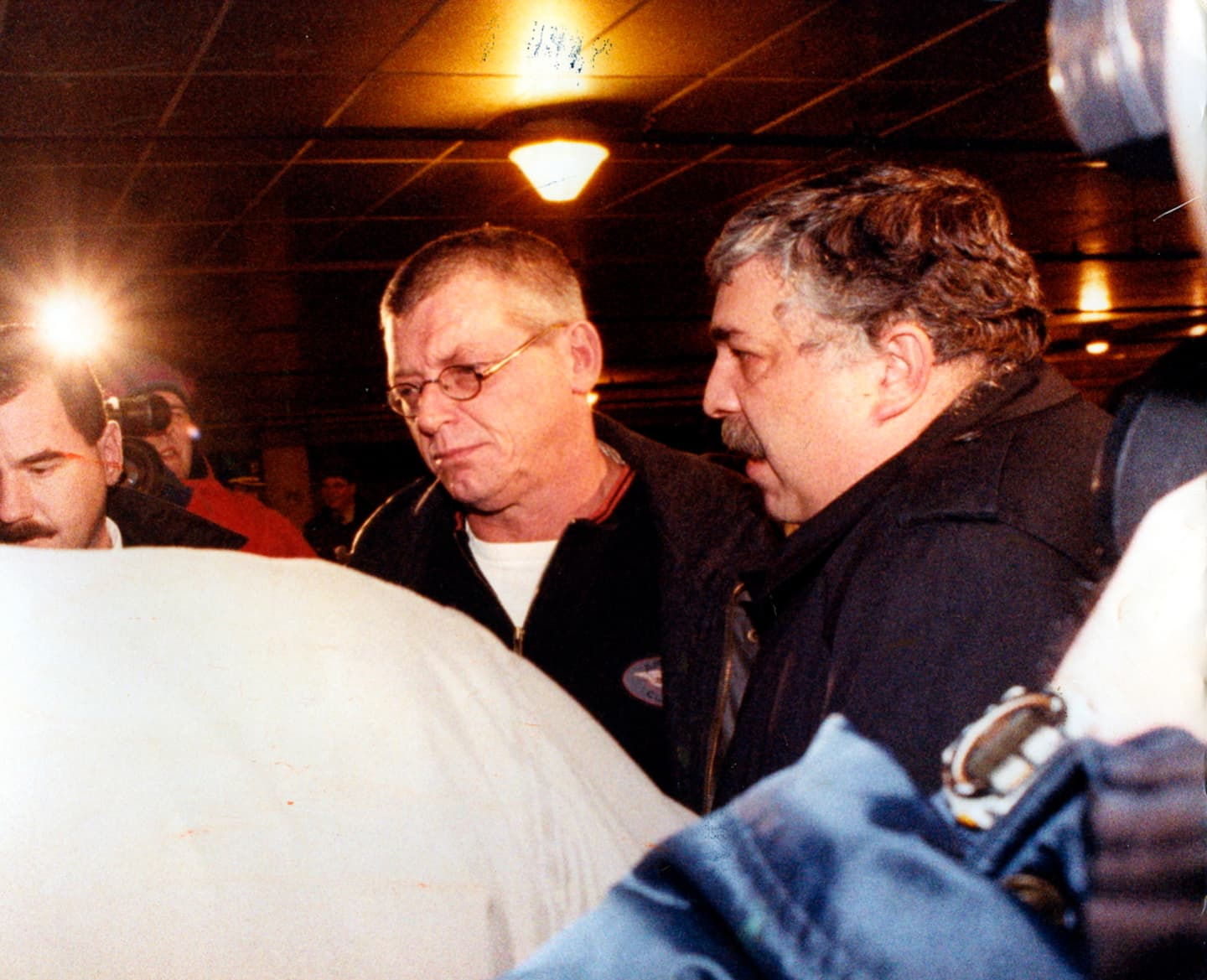 Maurice "Mom" Boucher died of cancer on Sunday at the Archambault penitentiary in Sainte-Anne-des-Plaines, where the former head of the Hells Angels showed his contempt for the authorities until his last breath.

• To read also: “We forgot the victims of the biker war”

Boucher, who turned 69 on June 21, allegedly refused medical assistance in dying on Friday on the pretext that he preferred to suffer, according to information obtained by our Bureau of Investigation.

The fallen biker, who had taken to saying his prayers every evening during his incarceration, had been transferred to a palliative care bed at this penitentiary 11 days earlier. According to our sources, he had been admitted not under his name, but rather under a number, namely "detainee no. 11".

Since his 2002 life sentence for ordering the murders of two correctional officers, he had been incarcerated at the Special Handling Unit (SDU), neighboring Archambault Institution and the only "super-security" penitentiary. maximum” in Canada.

Despite the very advanced state of his throat cancer, the man who was reputed to be one of the worst criminals in the history of Quebec had been escorted to Archambault by a tactical squad responsible for intervening with any inmate at risk of escape, which is the usual procedure in his case.

Visits are not permitted in this section of the penitentiary and management did not make an exception for anyone who refused any treatment.

Aggressive until the end

His transfer was carried out in secret to avoid any overflow in this prison complex where he still enjoyed the respect of several inmates.

Thin and weakened, the man who was considered the most powerful criminal biker in the country was fed liquid food supplements there for several days, in addition to needing morphine to calm his pain.

Yet Boucher's final hours did not seem to lessen his visceral hatred of the authorities, or inspire repentance for ordering the assassinations of prison guards Diane Lavigne and Pierre Rondeau in 1997.

Even on his deathbed, he continued to express aggression and contempt towards officers and prison staff, according to our information.

The outlaw had ordered these murders from Stéphane "Godasse" Gagné to "destabilize the judicial system" during the biker war and dissuade his killers from collaborating with justice, testified Gagné, who nevertheless became an informer, during the Boucher trial.

Mom is considered the instigator of the bloody war that the Hells waged against the Rock Machine and independent traffickers to take control of the drug market.

“Boucher did not respect the verbal agreements that we had always had with them. He began to eat into our territories and the Hells dope sellers settled in our bars, ”said Marcel Gauthier, who was in the opposing camp, to the Sûreté du Québec (SQ).

According to the SQ, the conflict killed 165 people between 1994 and 2002, including nine innocent victims, including Daniel Desrochers, 11, killed by the explosion of a trafficker's Jeep in the Montreal district of Hochelaga-Maisonneuve in August 1995.

In addition, this war led to 181 attempted murders, killing 20 other innocent victims, including journalist Michel Auger, who was shot several times in the parking lot of the Journal de Montréal on September 13, 2000.

Twenty years later, retired Montreal police commander André Bouchard, who led the team of investigators tasked with elucidating this crime, told the Journal that "it was Mom who placed the order to do kill Michel [...] because of what he wrote about them". He mentioned that half an hour after the shooting, Boucher, who was then the subject of a police shadowing, “gave high fives” to the suspects in a restaurant on Sainte-Catherine Street.

“Boucher had become quite a crackpot and thought he was so above everything that he has already said that if he wanted, he could be elected mayor of Montreal! It was time to arrest him, ”observed Mr. Bouchard, adding that several Hells told the police that they did not agree with his tactics.

It was further to the death of the young Desrochers that the federal government had the first anti-gang law adopted in Canada in 1997. Other anti-gang provisions were also added to the Criminal Code in 2002, in response to the attempted murder of Michel Auger.

However, in the spring of 2014, Boucher suffered what he considered the ultimate affront: he was expelled from the motorcycle club following a unanimous vote taken in assembly by all of the Hells Angels of Quebec.

For them, their ex-leader was finally part of “the past”, according to a member of the Hells quoted in court documents.

In the fall of 2015, Boucher had himself told his daughter, Alexandra Mongeau, during a visit to the Special Handling Unit (USD), that her throat cancer had “returned”. "It doesn't matter," he said.

They were unaware, however, that the police were registering them without their knowledge at that time, because Boucher was then the subject of an investigation for a murder plot targeting mafia kingpin Raynald Desjardins.

Our Bureau of Investigation had access to these police recordings which are the subject of the book Le Parloir, published in October 2021.

Among other things, Boucher confided to his daughter, laughing, that he had befriended a fellow prisoner incarcerated in the same place for having also killed a prison guard.

Spending most of his time confined to tiny SHU cell number 104, the 60-year-old has remained an embittered and angry man despite all these years in detention.

He never digested his expulsion from the Hells in 2014, going so far as to call them "cowards" during one of his discussions with his daughter.

“I was at bat all the time for them. It was me who made them eat. There, it is me who is in prison. Worse, it's not good for me", he shouted, saying he was aware that in the world of bikers, "the world [l] doesn't like it".

He hated some former Rock Machine color bearers who became influential members of the Hells after the two gangs reached a truce.

"They know that me, I'm going to get my revenge. All those who have done anything to me ... If I ever go out, it's the first ones I'm going to kill, "promised the prisoner, saying to himself" resentful for life ".

When he learned that a parole could be granted to Stéphane Gagné, the informer who helped the authorities to have him convicted, he reacted in these terms: “Godasse, the sickening dirty...”.

A former drug addict himself, Boucher disapproved of drug use among those close to him, even though the sale of narcotics is the number one criminal activity in the Hells.

"It's when you take things the same way that you do stupid things," he said.

1 Logan Mailloux breaks the silence 2 CH: a transaction announced shortly 3 A tasty meal in the Stanley Cup 4 Women's professional hockey is back in Montreal 5 Paul Wilson back with the Molsons 6 British Open: “My goal was to return to Saint Andrews”,... 7 NHL: Vinnie Hinostroza chooses to stay 8 The end of a long career for Matt Moulson 9 Evgeni Malkin: Brian Burke denies rumors 10 MLS: Wayne Rooney is back with D.C. United 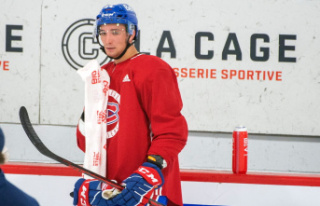