Monkey pox: the spread could be accelerating

Experts are urging people who plan to practice sex tourism during the Grand Prix weekend in Montreal to be cautious, as cases of monkeypox remain on the rise in Quebec. 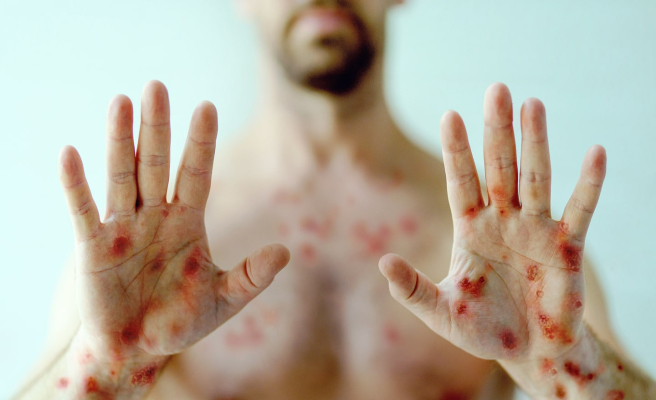 Experts are urging people who plan to practice sex tourism during the Grand Prix weekend in Montreal to be cautious, as cases of monkeypox remain on the rise in Quebec.

“Yes, that worries me. Monkeypox is known to be transmitted through skin-to-skin contact, not just sexual intercourse. So even a condom, which normally protects against most communicable diseases, doesn't really help against this virus,” says Dr. Michael Libman.

This professor in the department of medicine at McGill University, specializing in infectious diseases, indicates that the dangers are mainly with people who will be in Montreal for sex tourism during the weekend of motor races.

These travelers go out in particular with the aim of having sexual relations, paid or not, with several partners. In particular, they take advantage of the festivities in a city to satisfy their needs.

"Let's take someone infected who has a lot of anonymous contacts, like a sex worker for example, there can be a great risk of the outbreak spreading. Especially since it would then be difficult to identify contact cases, especially with international tourists, ”says Dr Libman.

The specialist specifies, however, that sex workers are not necessarily the most at risk at the moment.

He recalls that most of the infected cases are in Montreal and concern men who have had homosexual relations.

“But it is only a coincidence that monkeypox remains in this community for now. It could very well infect heterosexual couples too. It only takes one case for it to spread, ”warns the McGill professor.

Benoit Barbeau, professor in the department of biological sciences at the University of Quebec in Montreal (UQAM) and specialist in virology, says that it is possible that we will see a slight increase in cases after this weekend.

“The more people are in contact with each other, the more the virus has the opportunity to spread. F1 is one event among all those that we will have this summer. We risk seeing a small increase, but that will not be a nerve center for me, ”says Mr. Barbeau.

The virologist adds that it will be difficult to determine later whether the infections are linked to the Grand Prix or to other events such as the Francofolies, for example, in Montreal.

“At this point, people are aware of the disease. We have started to vaccinate communities at risk as well. I think people have to be careful and monitor their symptoms, ”insists Mr. Barbeau.

Quebec has at least 98 confirmed cases of monkeypox so far.

Montreal Public Health and the Ministry of Health and Social Services did not answer our questions on the subject.

Symptoms to watch out for

1 Ukrainian army says it was driven out of central Severodonetsk 2 European leaders in Israel to discuss energy and Ukraine 3 Today's weather: sunny start to the week in southern... 4 Four dead and one missing in floods in central Turkey 5 Good for Mélenchon, bad for Macron 6 Ready to turn the page on COVID-19? 7 Lithuania to buy French Caesar guns 8 Gifts under the family tree 9 COVID in Beijing: screening restarts after outbreak... 10 Quebec must control its fisheries, pleads the PQ 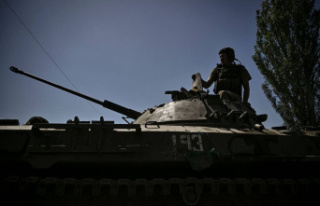 Ukrainian army says it was driven out of central Severodonetsk