Montero predicts 188 supports, including ERC, "for the third consecutive Budgets" of the Government 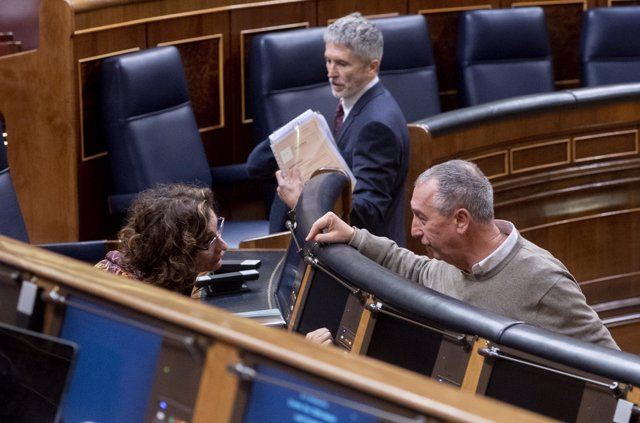 The Minister of Finance and Public Function, María Jesús Montero, has predicted this Thursday that the General State Budgets (PGE) for 2023 will go ahead in the plenary session of Congress today with 188 favorable votes.

At the moment, the budget project has secured the votes it needs to be approved by a simple majority thanks to the support of PSOE, Unidas Podemos, PNV, EH Bildu, PDeCAT, Coalición Canaria, Más País, Compromís and PRC.

To add the 188 supports that Montero talks about, it is necessary that ERC, which has 13 votes, support the public accounts. The minister thus assumes that ERC will say yes to the Budgets.

"If all goes well, today we are going to get 188 supports for this Budget project. This means that there are more than ten political forces that are going to support the project, which values ​​the ability to listen, to dialogue and understanding that the Government of Spain has", Montero highlighted in statements to Telecinco collected by Europa Press.

Regardless of the ERC's yes, what is clear is that the 2023 Budgets will go ahead in the plenary session of Congress this Thursday, something that Montero has considered "the news of the day" for being "positive for the country." "We are going to have the third consecutive budget and we have not achieved this stability for more than ten years", stressed the minister.

Montero has also highlighted the endorsement that the European Commission has given to Spain's Budgets for 2023, news that he has described as "extraordinarily positive" taking into account, he said, that the Executive's forecasts are always questioned.

Asked about the IMF's warnings about the increase in Spanish public debt, the minister assured that what this body and the European Commission itself have conveyed is that, when implementing anti-crisis measures, one must be "very exquisite "and focus them on vulnerable groups, thus moving away from measures of a general nature, as is the case, for example, of the VAT reduction on electricity and gas or the fuel bonus.

"The European Commission, the IMF and the OECD say that we are complying with the debt and deficit targets. We are on the right track, but we cannot implement global measures, as some political formations are requesting, because that could jeopardize the degree of our country's indebtedness", Montero stressed.

Thus, in relation to whether the fuel aid will be extended with modifications so that it does not apply to the entire population, the minister explained that the Government is "hurrying up" to see what it does regarding the measures related to the wholesale gas market and of oil to "get it right" in the forecasts on how prices could evolve and thus make a decision.

In any case, it has indicated that it is not possible to apply aid to fuel based on the type of income, since that would force gas stations to be "tax inspectors".

"It would be necessary to make another type of measure, if it is finally withdrawn, that has to do with the income compensation of this type of (vulnerable) groups. It is possible to apply it in professional sectors but not in relation to vulnerable people because It would also give rise to significant fraud, since the gas station cannot be checking data", explained Montero, who pointed out that in "a few weeks" the Decree Law will be presented that will define what is done with the anti-crisis measures that end next December 31.

1 Calviño announces a reduction of 5,000 million in... 2 STATEMENT: Men use online dating websites for speed... 3 RELEASE: Spanish Consultant Jesús Porras Appointed... 4 STATEMENT: Parkimeter closes an agreement with Parkia,... 5 The price of gasoline falls by 1.12% and diesel falls... 6 ANNOUNCEMENT: 25 large companies are coming to the... 7 RELEASE: Black Friday reaches the world of CBD in... 8 The Ibex 35 boosts 0.68% in the session and is close... 9 RELEASE: Tsinghua SIGS TBSI has developed a triboelectric... 10 STATEMENT: GOALKEEPER ALISSON BECKER ADOPTS MUSTACHE... 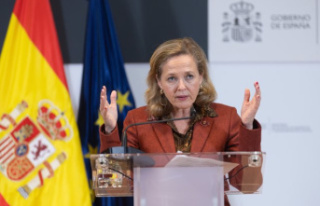 Calviño announces a reduction of 5,000 million in...