Montero: "We are going to ensure that the VAT reduction is reflected in the purchase invoice of each citizen"

He trusts that there will be an agreement on the revaluation of the SMI in the first quarter of 2023. 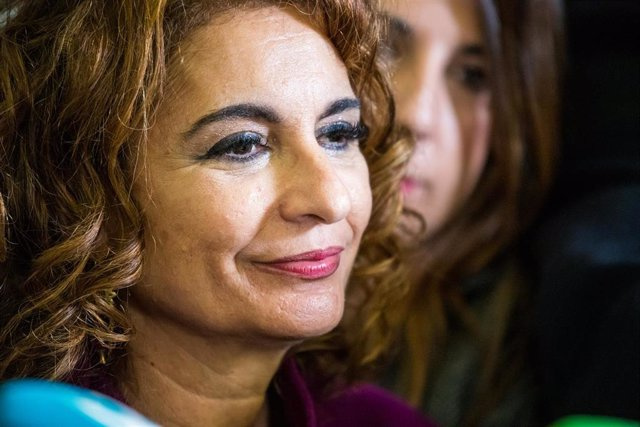 The Minister of Finance and Deputy Secretary General of the PSOE, María Jesús Montero, has affirmed that the Government is going to "monitor" that the VAT reduction that will begin to be applied to the basic food products that make up the shopping cart "is reflected on the specific purchase invoice of each citizen".

The minister has shown her satisfaction with the new package of anti-crisis measures approved in the last Council of Ministers that for the first time lowers VAT on basic food products, among other measures, and has assured that the Government is going to show 'vigilant ' so that this reduction is transferred "in the most correct way" to the citizens.

In statements to the 'Ana Rosa Program' on Telecinco, Montero recalled that this package of measures, which entails an economic impact of more than 10,000 million euros, contemplates the prohibition that intermediaries or primary producers keep the margin, since that they have the obligation to pass it on in the price drop.

"To do this, we are going to monitor how this type of product behaves this semester, and the CNMC also has powers in case it detects at any time that an unwanted attitude is produced by companies so that action can be taken. immediately", explained the minister.

Regarding some claims such as that of the meat or fishing sectors that the VAT reduction be extended to more sectors, the Minister of Finance explained that action has been taken on products that have had a super-reduced VAT for more than 20 years "because they have greater presence in the shopping cart".

Montero is confident that this measure will benefit the most vulnerable families and that it will be progressive, and has recalled that any type of general measure of lowering taxes is contraindicated, as indicated by the European Commission in its reports.

The Finance Minister recalled that she has always been in favor of combining generalized measures with other more specific and more intense ones for those who need it most.

"This is how we did it with the fuel discount, the reduction in VAT on electricity, VAT on gas, as well as the reduction in VAT on the basic shopping basket, measures that affect all citizens. And then there are measures more specific ones that are aimed at the most vulnerable sectors such as the thermal social bonus, the increase in the minimum vital income, non-contributory pensions, or the aid of 200 euros for those households with less than 27,000 euros of income", has listed the minister.

Montero has once again rejected a general lowering of taxes, as requested by the Popular Party. "The important thing is that the Government continues in the line that it had started: at one point attention was paid to fuel, which was what was having the most impact on the rise in prices, and once that situation is corrected, it becomes the emphasis on food prices, which is what is having the greatest impact right now on inflation once energy is controlled".

The direct aid of 200 euros that aims to combat the ravages of inflation in Spanish households with a more vulnerable economic situation will be made in a direct and single payment. It is aimed at families with an internal income of 27,000 euros and whose assets do not exceed 75,000 euros.

The money will be received by bank transfer, when the families entitled to its collection provide the Tax Agency with a bank account number for it and it is verified that they meet the required conditions.

Montero explained that there will be a "simple" form that will be available from February 15 to March 31, and as soon as the first applications begin to arrive, the families will be deposited into the checking account. It is estimated that the measure will affect some 6 million people in Spain.

The check will be freely available and will not have to be used exclusively for the purchase of food. "It is an aid of 200 euros that is given to families so that it contributes to alleviate the pressure they have with the shopping basket," explained the minister.

Montero has indicated that this measure is added to the aforementioned drop in VAT and the future increase in the Minimum Interprofessional Wage (SMI) that is currently being negotiated with the social partners with the aim of "improving the conditions for having an income more appropriate to the current situation.

The Finance Minister is confident that, within the framework of social dialogue, "an attempt will be made" to also reach an agreement on the Minimum Interprofessional Wage during the first quarter of next year.

The Government has already received the conclusions of the group of experts in charge of studying the increase in the Minimum Interprofessional Wage for next year, which in its opinion should rise between 4.6% and 8.2%, up to a maximum of 1,082 euro. Now, after listening to the social agents, the Government will have to decide how much the SMI will increase, which this 2022 has stood at 1,000 euros in 14 payments after rising more than 33% since 2019.

In principle, the commitment of the coalition agreement was to revalue it until it reached 60% of the average salary, but in recent months the Minister of Labor Yolanda Díaz has been in favor of going further to alleviate the effects of inflation and undertake an increase higher due to the economic situation of "maximum uncertainty".

1 The German government estimates that the price of... 2 China: the sudden abandonment of “zero Covid”... 3 Are Ukrainian drone strikes the start of the escalation? 4 The Government summons 1,000 public employment positions... 5 The Ibex 35 advances 0.3% and borders 8,300 integers... 6 The new check for 200 euros can only be requested... 7 The Government will resume the negotiation of the... 8 Singer Linda de Suza has died aged 74 in France 9 Germany: Appeal by a recently sentenced ex-Nazi camp... 10 China: First authorizations for foreign video games... 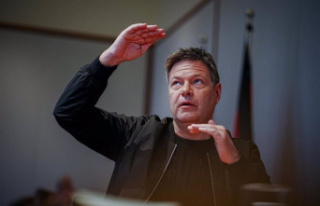 The German government estimates that the price of...