Moving tribute in Paris to the journalist killed in Ukraine 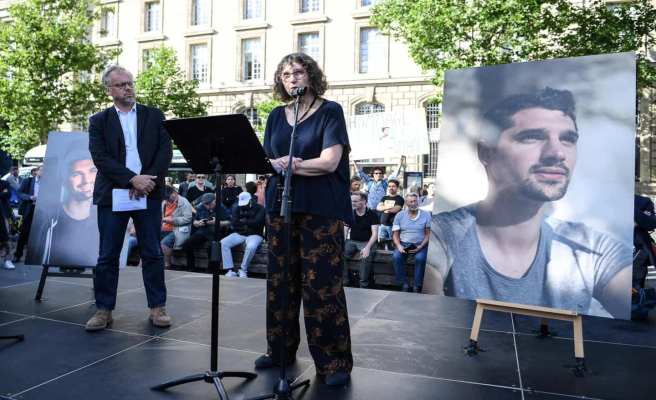 "There you are, Mr. Poutine, the beautiful person you killed," said Friday the mother of journalist Frédéric Leclerc-Imhoff, fatally hit by shrapnel at the end of May in Ukraine, during a rally in Paris for him. pay homage.

His family, his colleagues from the BFMTV channel were notably present, alongside Marc-Olivier Fogiel, the general manager of BFMTV, and Christophe Deloire, the secretary general of the Paris-based organization Reporters Without Borders (RSF), noted an AFP journalist on the spot.

Frédéric was a "sweet and joyful person, so don't be sad", declared Sylviane Imhoff, in front of several hundred people participating in this rally at the call of RSF.

“Giving the floor to the most humble, to the invisible” was part of “the values ​​from which he was steeped”, she underlined, moved, referring to previous reports with chambermaids in large hotels in particular.

“The editorial staff is in mourning. We mourn a committed journalist,” said Marc-Olivier Fogiel, describing a professional who was anything but “hotheaded”. “He wanted to tell the world, we will continue to cover this conflict”.

The rally was to end with a minute of applause.

The body of Frédéric Leclerc-Imhoff, killed on May 30 by shrapnel during a bombardment, was repatriated to France overnight from Wednesday to Thursday, in the presence of the Minister of Culture Rima Abdul Malak.

Aged 32, he had worked for BFMTV for six years and was on his second assignment in Ukraine as an image reporter (JRI).

After the announcement of his death, the French National Anti-Terrorist Prosecutor's Office (Pnat) announced the opening of a war crimes investigation.

French Foreign Minister Catherine Colonna tweeted that the journalist had been "killed by a Russian bombardment".

1 Liz Cheney, the Republican who dares to challenge... 2 Trial of the November 13, 2015 attacks: life imprisonment... 3 Quebec can expect an increase in insects this summer 4 Official Languages ​​Act: Quebec proposes amendments 5 Argentina: Buenos Aires banishes inclusive writing... 6 Arsenic in the air: the Minister of the Environment... 7 Raymond Bourque supports Joe Sakic and the Avalanche 8 The Sabers will retire number 30 9 'The forces that led to the Capitol storming... 10 Monkey pox: symptoms can be difficult to identify,... 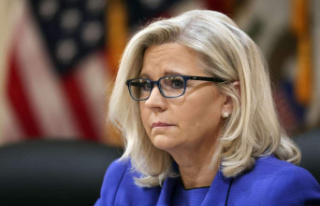 Liz Cheney, the Republican who dares to challenge...