Many mayors and municipal councilors are running for provincial elections this year. 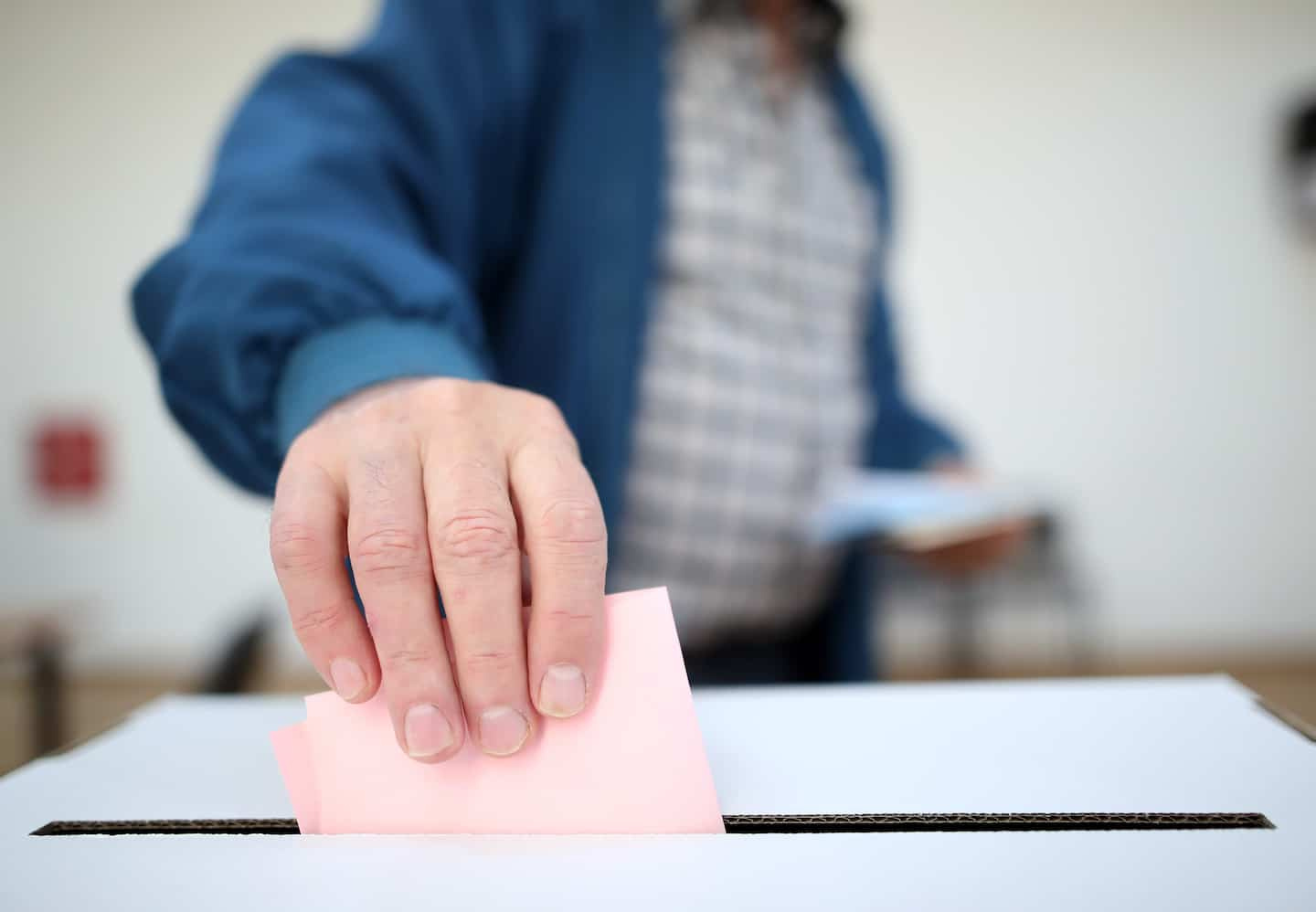 Many mayors and municipal councilors are running for provincial elections this year. And it is no coincidence: their candidacies are increasingly attractive to provincial parties.

There are already 46 candidates in the provincial elections this fall with experience in municipal politics, past or present, according to an analysis by our Bureau of Investigation.

This is already a little more than in 2018 (43) and their number could increase further by September since, so far, just over 400 of the 625 candidates who will make up the teams of the five parties represented in the Assembly national have been announced.

We note in particular six mayors currently in office and six municipal councillors.

If elected, municipalities will have to return to the polls since it has been prohibited for 40 years to hold these two positions simultaneously.

“The municipal scene has long been the electoral poor child,” explains Danielle Pilette, specialist in municipal politics at UQAM. But now it is no longer true, on the contrary, it is highly valued and attractive. There are very good municipal candidates who are very likely to be recruited. »

Changes have indeed occurred in recent years, starting with the professionalization of the function of elected municipal official, underlines the expert. In 2017, a law recognized that cities are local governments and increased their powers.

“These local elected officials are more available and more present in the field and their knowledge becomes more transferable [to other levels of government]. »

According to political scientist at Laval University Eric Montigny, certain characteristics particularly attract political parties in municipal candidacies (see box). There is in particular the rooting of the candidates.

“Their knowledge of the field and the issues specific to their environment means that the party can say that it is a local candidacy rooted in its environment,” he explains.

Other elements and not the least: notoriety and political experience.

“These are people who are better known in their community […] and most of them are already used to interacting with the media, explains Mr. Montigny. They already have a network, an understanding of what it means to campaign, the resources that we need. »

The mayor of Lévis and former deputy, Gilles Lehouillier, says he was recruited by the Liberal Party in 2008 because of his notoriety. With twenty years of experience as a municipal councilor, he had the opportunity to manage large files before being recruited into the Liberal ranks for the 2008 election.

“I was popular in Lévis [...] and it is clear that notoriety can help to get elected. »

However, it brings a nuance: the area of ​​influence remains limited. "You shouldn't dream in color, even if you have a lot of notoriety, I always had the impression that you can influence the vote with your notoriety by maybe 8-10% because despite everything, it's the leader of the party who remains the reference. »

“If your party is falling or your leader is not rising, there is nothing to do, your chances of being elected are extremely low,” he adds.

Candidates with experience in municipal politics attract political parties because they possess five very specific characteristics, according to political scientist Eric Montigny. We discussed it with five candidates.

These candidates know how to campaign. "They have an electoral organization, even minimal in some cases, but they have political experience," says political scientist Eric Montigny.

“It's not my first rodeo,” says Philippe Pagé, who was elected mayor of Saint-Camille, in Estrie, in 2017. “Going door-to-door, having commitments, going to see people.. I'm used to operating like that or living with decisions that are not unanimous, dealing with criticism and improving, etc. »

Vicki-May Hamm, who was mayor of Magog from 2009 to 2021, already has an experienced campaign team. “This is my fifth campaign and most of the volunteers have followed me from campaign to campaign and are still with me. Of course, it's an advantage [...] I have a mobilized team that knows its role well, this is my official agent's 4th campaign. »

Véronique Venne's experience as mayor of Sainte-Marie-Salomé has enabled her to develop her ability to listen to citizens.

“The fact of having worked close to people for several years means that I am comfortable with door-to-door, citizen meetings in the parks. I already have these qualities, unlike perhaps someone who goes directly to the national level and who could be more into political theory. »

"I like to campaign [...] if someone does not like it, people will realize it," adds Suzanne Roy.

Credibility for the party

Some parties will also want to send a message of institutionalization, explains Mr. Montigny, who cites the case of Mayor Philippe Pagé.

"It shows that the political party can take root in the region," he said. Going to find local personalities demonstrates its ability to be present in sectors where it was less expected. It sends the message that the party is becoming more structured, more organized. »

This is also the case for Olivier Dumais, mayor of Saint-Lambert-de-Lauzon and candidate for the PCQ, who finds that his position as mayor is an asset for a young party like his.

“When I say I'm mayor and it's my fifth year, it brings a layer of credibility and people see that you have experience, the ears open a little more, it makes a difference [. ..], we start with an advance”.

Rootedness and knowledge of local issues

As these mayors are also very often called upon to hold office in their RCM (regional county municipality), their knowledge of the issues and their networks are not limited to the borders of their hometown.

"I personally know all the councilors of the borough of the Ville de Sherbrooke, which is located in the riding of Richmond, and I am very familiar with almost all of the mayors and mayors of the county", illustrates Philippe Pagé, Mayor of Saint -Camille, a municipality of 550 inhabitants.

Suzanne Roy is the CAQ candidate in Verchères. She began to sit on the municipal council of Sainte-Julie in 1996, before occupying the position of mayor for 16 years, in addition to having held the position of president of the Union des municipalités du Québec for 5 years.

Ms. Roy cannot say whether the visibility acquired at the national level during the five years she was at the head of the Union of Quebec Municipalities gives her an advantage.

"I would say that the first place where you have to have notoriety is in the county of Verchères [where she presents herself] and people have seen me act for 25 years, they know that I work on my files and persist in to make things progress. »

As president of the UMQ, Suzanne Roy has multiplied interviews with the national media. Today, with social media, these candidates have also learned to manage their image and criticism.

“I did my classes, explains Vicki-May Hamm. Social media is a tool for elected officials, but you have to know how to use it properly, how to respond to gratuitous attacks. When you are not prepared, it can be difficult. »

His experience was useful to him when the PLQ announced his candidacy. She was confronted with statements from the CAQ indicating that she would have liked to join its troops. “I learned not to react on the blow of emotion, I consulted my team and we decided not to embark on it. »

▶If the law prohibits being both mayor and deputy, the law allows mayors to continue to exercise their function during the campaign however. However, the Chief Electoral Officer of Quebec specifies: “He must campaign outside of his duties, on a personal basis. He cannot use municipal materials or services for his campaign, as this could be considered a political contribution made by the municipality. Regarding salary, laws prohibit him from using municipal resources for personal purposes or for purposes other than activities related to the performance of his duties.

►Philippe Pagé, for example, was inspired by Alain Rayes (former mayor of Victoriaville before becoming a federal deputy) and he undertook to reimburse his salary as part-time mayor ($800 per month) and that of the MRC. A deputy mayor will take over during the campaign. Olivier Dumais, also part-time mayor, is still considering whether he will take a complete break from his work as mayor during the campaign. "It's being considered," he said. Véronique Venne, for her part, left her job (CEO of the Center régional universitaire de Lanaudière). And as soon as the election is called, she will retire from her duties as mayor and will not receive her salary.

1 Vanilla ice cream on the test bench 2 Towards a cure for deafness? 3 Salaries: Quebec lumberjacks have their wool eaten... 4 Find the right residence for your parents 5 The first shipment of Ukrainian grain is about to... 6 Marjo: look straight ahead and move forward 7 Six days of penance for healing and reconciliation 8 The CH in an improved division 9 I love you too, Safia 10 Criticize Maripier without stoning her... 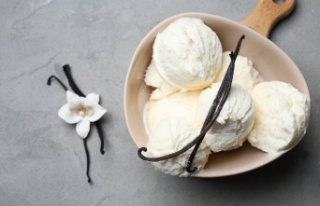