My dad is my hero

The manager of the Capitales de Québec of the Frontier League, Quebecer Patrick Scalabrini, has never been afraid to take on challenges. 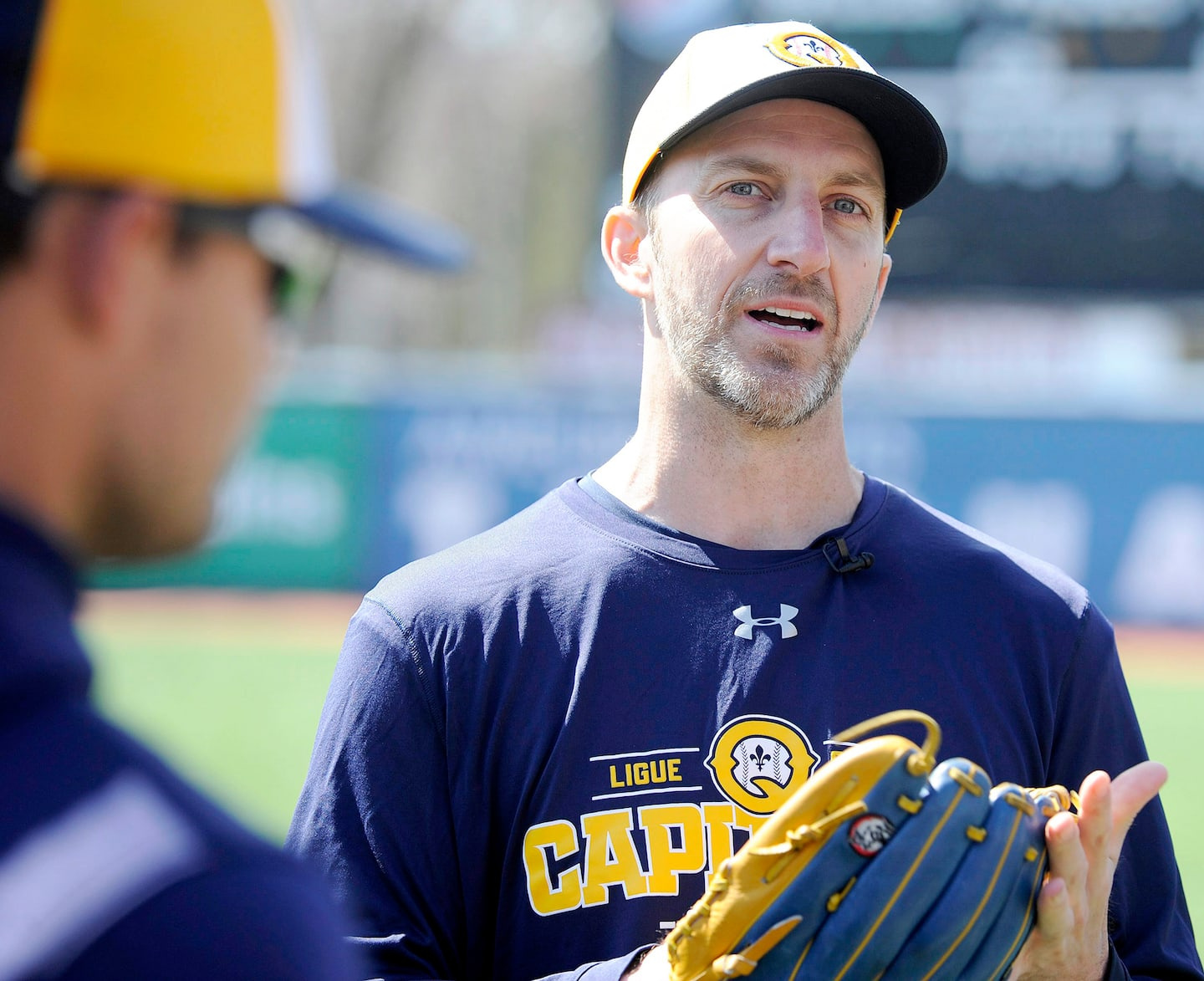 The manager of the Capitales de Québec of the Frontier League, Quebecer Patrick Scalabrini, has never been afraid to take on challenges. His ambition when he was young was to be able to play baseball for an American university. He overcame many obstacles to get there, but in the end the sacrifices were worth it.

He played in the Chicago Cubs organization, then for the Baltimore Orioles, and, in independent baseball, with the Capitales de Québec among others.

The departure and non-return of the Expos hurt this baseball enthusiast. The businessmen were adamant that a Quebecer be appointed to the team's coaching staff. The right man was undoubtedly in my mind two hours from Montreal, Pat Scalabrini, the manager of the Capitals of Quebec.

Pat, you are from Estrie.

I spent my youth in Waterville in the MRC of Coaticook in Estrie, with my father, Claude, my mother, Rachel Blouin, who died in a car accident, and my brothers, Éric and Dany.

Allow me to change the sequence of questions surrounding your life.

You were eight years old when your mother died in a car accident.

She was on her way to work when she died in a car accident that turned our family life upside down. I don't have many memories with my mother, except one in particular.

Do you want to share this memory of your mother with us?

Mom played softball in Waterville. The pride of a young kid to see his mother at work without forgetting the memorable moments when I could throw the ball with her. It was my mom who instilled my passion for baseball in me.

Your father is your hero.

Dad raised three boys on his own, making sure we had everything we needed. Dad worked very hard. He drove his 10 wheel truck with the sole purpose of giving us a good quality of life. A single man raising three rather teeming boys, he is without a doubt my hero.

Your father was the rock of the family.

Dad, a black belt in judo, enrolled me in lessons in the sport that fascinated him. Judo – just like dad did – taught me to deal with pressure and my emotions.

A trio of brothers that was sometimes explosive.

I would rather say the duo of my brother Dany and me. Our brother, Eric, was the family intellectual. Today, he is a psychologist in Rivière-du-Loup.

Memorable battles with your brother Dany

Dany and I competed in tennis, baseball, hockey and volleyball with the sole aim of winning. We were intense, so often we came to blows.

I followed in my brother's footsteps at Seminole State College in Oklahoma, then with the Capitales de Québec. He ended his baseball career in Rouen, France.

Did you have vacations in the summer?

No. For the simple and good reason that my father worked to raise money to allow my brother and me to play baseball. Another reason why my father is my hero.

The bicycle was your means of transport.

My only means of transport was the bike for my trips to town or to North Hatley to swim.

Your first car was used.

My brothers had old cars, quite damaged, while my father gave me his Acura Integra car which had 175,000 km.

Tell us about your first job.

My first job was at the Les grands soleils farm in Waterville, which produced tomatoes. I will always be grateful to the Couture family.

The Lennoxville team made it to the final twice, but we lost each time. It opened the doors for me to play with the Sherbrooke Junior and with the Baseball Academy of Canada led by Richard "Skip" Emond who has helped me so much in fulfilling and achieving my career.

Baseball was a source of motivation for you.

Baseball motivated me in school because I wanted to go to an American university. Eventually, I achieved my college dream with the Hawaii Rainbow Warriors. It certainly wasn't the worst place in the world.

You appreciated the Hawaiian people.

They are a welcoming, charming and generous people. What a life ! Baseball, the beach, falling in love several times without forgetting my studies which allowed me to finish with a bachelor's degree in history.

Baseball has influenced your life.

My favorite Expos player was Tim Wallach known for his calm and his leadership which I tried to emulate. We must not forget that baseball allowed me to play in Australia and Japan.

Michel Laplante is your mentor.

Michel was my manager with the Capitales de Québec and he asked me to succeed him at the helm of the team. The countless times he advised me, both in baseball and in my personal life, allowed me to become a better man.

You are a proud father of two children.

Lucas is a sports enthusiast. I am the fourth assistant coach with the Cap-Rouge Cobras Rouges, and my daughter, Maya, loves reading. I have two children who thrill me for who they are.

You met your fiancée at baseball.

I was playing for the Capitales de Québec when the marvelous fate allowed me to meet the future mother of our children, Landre Bois who was the team's official photographer.

What role does your fiancée play in your life?

She is a woman who has always supported me in my career choice. She is a patient woman (unlike me) who allows me to live a good quality of life with our children, and she is filled with understanding and love.

1 A nonagenarian defender of waterways 2 Neutral meeting zones: a frequency of use difficult... 3 The minimum payment on your credit card will be higher... 4 Cryptocurrency: the descent into hell of customers... 5 Russia wants to strengthen its positions in the Arctic 6 Prince Charles accepted a donation from the bin Laden... 7 The Russian Fleet will acquire a new hypersonic missile... 8 Heavy Russian shelling in Mykolaiv 9 [PHOTOS] "I'm so scared": Ukrainians... 10 Montreal: Molotov cocktail thrown at a downtown building 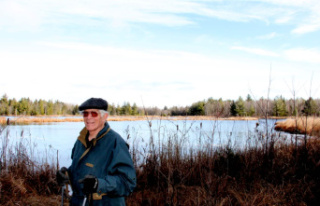 A nonagenarian defender of waterways