NASCAR Pinty's Series: all against Lessard in Vallée-Jonction!

The NASCAR Pinty's Series will make the first of its three stops in Quebec on Saturday at Autodrome Chaudière, after having stalled there for two years. 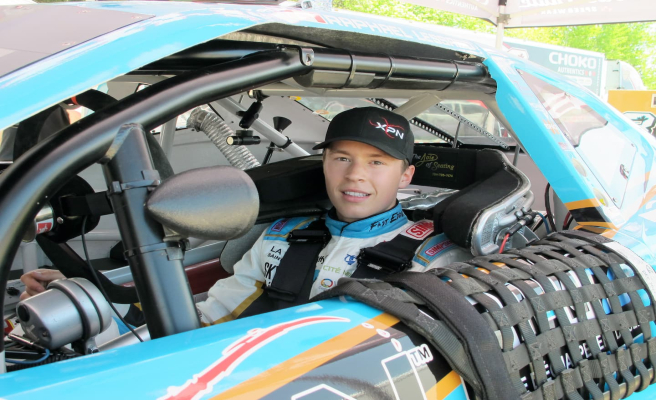 The NASCAR Pinty's Series will make the first of its three stops in Quebec on Saturday at Autodrome Chaudière, after having stalled there for two years.

And to mark this return, there will be 23 pilots, unheard of at the Vallée-Jonction complex. Of the number, more than half are representatives of the Belle Province.

At the top of the list, Raphaël Lessard is considered one of the big favorites for this third stage of the 2022 season, he who won the race in 2019, to the delight of a crowd won over in advance.

In fact, it all started at Autodrome Chaudière for the driver from Saint-Joseph-de-Beauce, when he had scored his first success on his third start in the "compact sport amateur" class, on the day of his 12th birthday.

"It's a track that I know well, recognized Lessard, in an interview with the Journal. I have little things that the other drivers don't have. So I will exploit them, without obviously revealing them. »

Lessard is limited this year to participations on oval tracks (like at Vallée-Jonction), where he is practically invincible. Four of his six lifetime Pinty's Series starts have been on oval tracks, and his record shows three wins and a second-place finish.

At Sunset, Ont., last month, Lessard fought for the win until the last lap, but a touch with point guard Marc-Antoine Camirand opened the door for Treyten Lapcevich. He had to settle for second place.

The 20-year-old driver does not intend to change his strategy for Saturday's event. Most of the regular entrants are involved in the championship and want to collect valuable points. Lessard is not in the same situation.

"We're aiming for victory, and nothing less," he said. However, I am aware that it will not be easy, especially with so many good drivers and 23 cars on track. But the goal is to win. »

Experienced and very tough opponents will not make it easier for the local hero. Camirand is just one of them.

"We proved in the first two races of the year that we could ride in front," said the driver from Saint-Léonard-d'Aston. Hopefully luck will be on our side this time around. »

Louis-Philippe Dumoulin also has strong ambitions, after having been one of the great animators of the last race presented at Vallée-Jonction in 2019. A collision with the Ontarian Jason Hathaway had ruined a course which had nevertheless seen him lead the field for 115 of the 286 laps.

“I never won at Chaudière, underlined the three-time champion of the series, but we were always in the game. »

In 2019, Quebecers had won the first five places at the finish. Kevin Lacroix and Alex Labbé accompanied Lessard on the podium. Andrew Ranger and Alex Tagliani followed in order. Apart from Labbé, who will not be present, the other drivers are also among the potential winners.

We can also bet on Jean-Philippe Bergeron, Donald Theetge and Ontarian Treyten Lapcevich, winner of the first race of the season at Sunset.

PREVIOUS WINNERS AT THE AUTODROME CHAUDIÈRE

1 A Muslim heroine in the court of Marvel 2 Terrorism charges over Mississauga mosque attack 3 The Thunderbirds break the party 4 The Rocket runs out of gas in third 5 The Cataracts win top honors 6 Fayolle Jean Jr: an actor in demand 7 Patrick Roy: touched that his cry from the heart was... 8 Direction the worlds for Mia Vallée 9 Drunk driver reinvents parallel parking 10 Snowboard cross: the World Cup is finally coming home 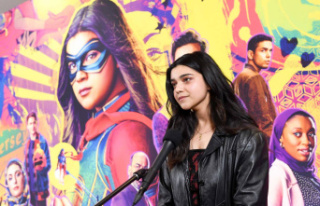 A Muslim heroine in the court of Marvel