NASCAR Pinty's: What a comeback from Ranger!

JUNCTION VALLEY | Relegated to the back of the pack after a very questionable penalty, Andrew Ranger won the third stage of the NASCAR Pinty's Series tonight at the Autodrome Chaudière in Vallée-Jonction. 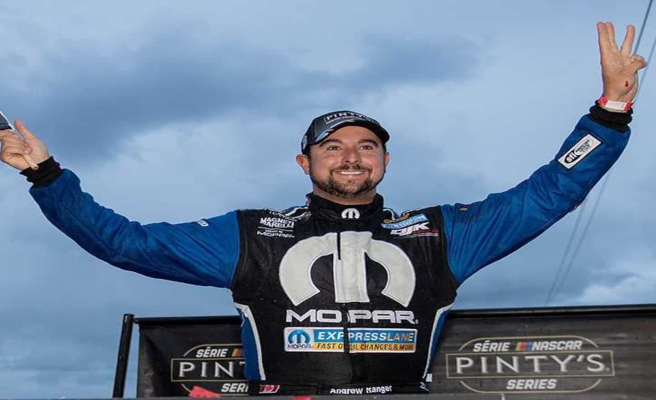 JUNCTION VALLEY | Relegated to the back of the pack after a very questionable penalty, Andrew Ranger won the third stage of the NASCAR Pinty's Series tonight at the Autodrome Chaudière in Vallée-Jonction.

The Roxton Pond driver orchestrated a resounding one-two finish for GM Paillé dealer in Berthierville when Marc-Antoine Camirand finished second. D.J. Kennington accompanied them on the third step of the podium.

The Ontario driver had reached the finish in second place, but the marshals demoted him by one place since he overtook Camirand when the yellow flag was displayed, at the start of the last lap.

Halfway through the race, as planned, the drivers headed to their location in the paddocks for refueling and tire changes.

However, Camirand, who was leading the race before the interruption, left the circuit too quickly to join his mechanics. His premature stop did not escape the gaze of NASCAR officials who penalized him.

Ranger did the opposite and did one lap too many on the track! He was riding in second place when he too was punished. On the restart, Camirand and Ranger started 18th and 19th respectively when the start of the second part of the race was given.

But they were able to skillfully clear their way to crown a brilliant comeback, despite a few bumps, fortunately not serious.

"I don't understand why I was penalized," Camirand said. I deserved the victory. »

Ranger did not hide his joy when he got out of the car, he whose first two races of the season were marked by a series of bad luck. "I'm super happy," he exclaimed. We worked so hard to turn the tide. I would like to thank the public who came in large numbers. »

Among the other Quebecers, Kevin Lacroix had to settle for 13th place while a place on the podium was in his sights at the halfway mark. Followed by Mathieu Kingsbury (14th), Wallace Stacey (17th), Jean-Philippe Bergeron (18th) Dexter Stacey (19th) and Donald Theetge (21st).

1 Gabriel Moreno excels on his debut, but the Blue Jays... 2 Maude Charron and Maxence Parrot rewarded 3 Hubert pays for the Francos 4 The Rocket one game away from elimination 5 Gala Sports Québec: Parrot and Charron in the spotlight 6 A measure that is not a hit everywhere 7 A third straight final for the Lightning 8 The Roughriders without complex in front of their... 9 Diving: Canadians shine in Calgary 10 Michael Austin leads the Capitals safely 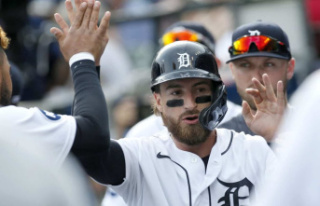 Gabriel Moreno excels on his debut, but the Blue Jays...