New book by Réjean Bergeron: a dive into Antiquity

It is always reassuring to let oneself be impregnated by the words of the philosopher, especially if he has at heart the cultural training of his students, our next generation. 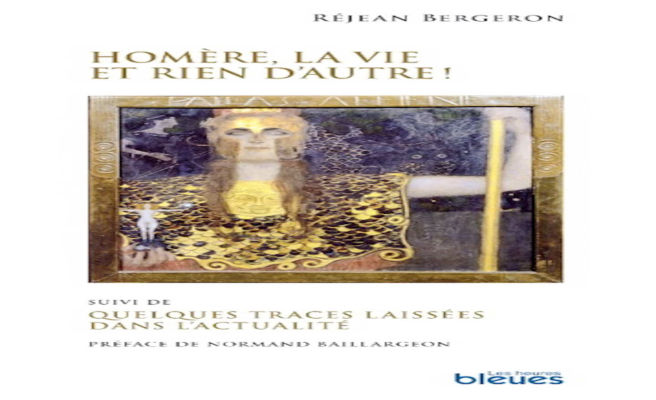 It is always reassuring to let oneself be impregnated by the words of the philosopher, especially if he has at heart the cultural training of his students, our next generation. We tell ourselves that we are in good hands with such an educator who takes the time to think about the world in order to better transform it.

Réjean Bergeron is of this caliber. In his new work, he calls the poet Homer to witness and his flagship works, the Iliad and the Odyssey, bearers of forgotten knowledge, "one of the richest works, the most meaningful and questioning on the human condition that the West has been able to produce up to this day", to talk to us about education, while inviting us to discover or rediscover the rich heritage of ancient Greece.

What is the Iliad? It is a long epic poem of 15,000 lines, which is attributed to Homer and which revolves around the Trojan War. A war against a backdrop of revenge and honour: the Trojan Alexander kidnapped his wife, the beautiful Helen, from Melenas, the brother of the Greek demigod Achilles, when he was invited to Sparta. The siege of Troy, which will last ten years, poses "the question of power, a recurring and important theme in Greek mythology".

Bergeron wonders about the origins of this war, trying to decide between the responsibilities of each. A hot topic, as Russia and part of the West clash in a war that is no longer cold.

"Everyone, the Universe, the entire Cosmos, each atom that constitutes it can become, at the limit, an element having contributed to its advent", writes Bergeron about the Trojan war.

Should Achilles avenge his brother's honor and embark on a war whose outcome he did not know? He had the choice between staying quietly at home and living a long time, but without glory, or embarking on a punitive expedition where he would certainly perform heroic deeds that would not fail to be sung about, but which were in great danger of costing him his life. But the dice were cast and Achilles will be fatally hit by an arrow in the heel, the famous “Achilles heel”, the only vulnerable place in the body of this demi-god.

Are we always free to do this or that, asks the author? Or are we grappling with implacable fate? Life often feels like a lottery. "Some win and sometimes lose, while for others the right number is never drawn."

Homer's heroes may be gods or demigods, but they are like us, fallible, with their doubts, their fears, their tears. For them, dying must be a glorious act "which will leave traces in the collective memory and which will be sung long after their death". We can think of the famous Patria o muerte (homeland or death) launched by the Cuban revolutionaries. A death that aims for immortality. Or to researchers, writers, artists "from different disciplines who have bequeathed or still bequeath today to humanity scientific discoveries, literary works or various masterpieces that have this capacity to arouse admiration, to sublimate the real, to defy time and to rise well beyond passing fads or marketing stunts".

Unfortunately, this desire to leave traces can be perverted and diverted to other, more personal ends. “These funny modern heroes do not produce something exceptional, they “are” this product. Except that when you unbox this one, you find yourself in front of an abyssal void.

Reading these classics, far from being corny, teaches us a lot about our societies and our behaviors. Homer's heroes resemble us, in their greatness and their decline. Just like us, they want to leave a trace of their passage on earth. They are driven by the same noble values, hating cowardice, betrayal and spinelessness, but the same dangers await them, such as pride or underestimating the enemy or danger. However, in our atomized societies, the philosopher laments, the feeling of shame has disappeared. And he cites as an example the CEGEP students who boast of having cheated during the exams. We still have a lot to learn, unless it is too late, seems to tell us Réjean Bergeron.

1 Microfictions 2022: an excellent vintage 2 Discover accessible board games for the whole family 3 Mario Strikers: Battle League... exhilarating! 4 Under the charms of Victoria 5 Montreal must learn from Toronto 6 Motorcycle accident: a father almost stayed there 7 More than 1,000 dead or injured by bullets in four... 8 A pastor tired of having a funeral 9 An upcoming debate on the charter, says Jolin-Barrette 10 Hospital changes approach to victims 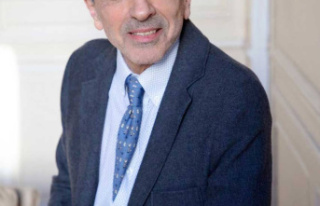