NFL: the end of the Derek Carr era with the Raiders

After nine seasons with the Raiders, it's the end for Derek Carr, who was dropped out of the way this week in favor of Jarrett Stidham. 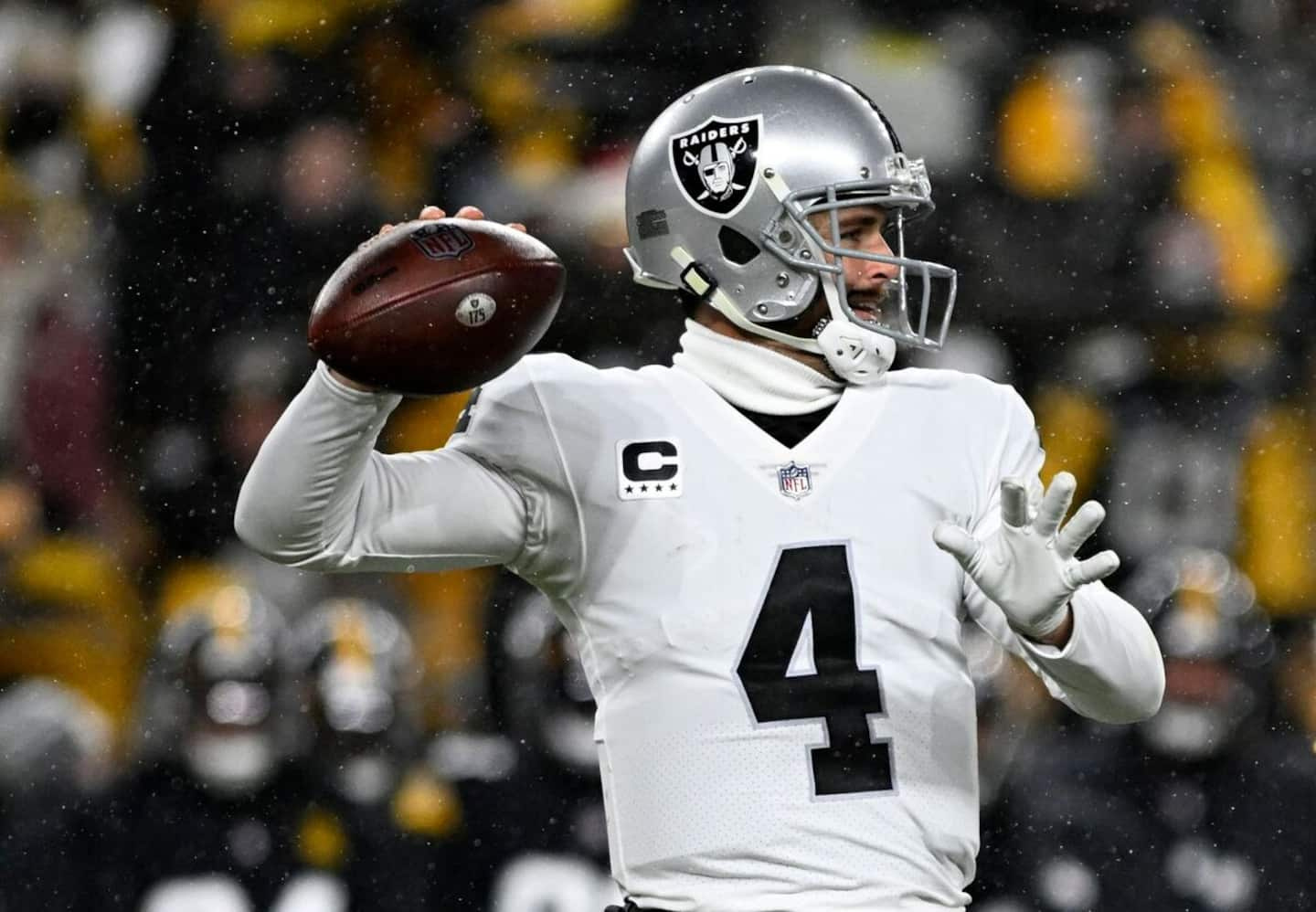 After nine seasons with the Raiders, it's the end for Derek Carr, who was dropped out of the way this week in favor of Jarrett Stidham. This may just be the first move in a carousel of quarterbacks that promises to be exciting in the months ahead.

Carr became the Raiders' man in his rookie year in 2014. His record since has been mixed.

The team went 63-79 when he was in charge. It's nothing fancy, but he's been on his own for a long time, and in the past few years, the organization has often hit the nail on the head with advantageous draft picks.

Carr has looked good overall with 217 touchdown passes and 99 interceptions, in addition to a very respectable average of 248 yards per game.

Ultimately, however, the results were not there with only two appearances in the playoffs. In his defense, Carr never played for a team whose defense did better than 20th.

In his time with the Raiders, Carr has rarely seemed solidly attached to his position. With a different third head coach to assess him this season, the addition of star receiver Davante Adams and the monster outbreak of carry Josh Jacobs, the 31-year-old center was doomed to produce.

And to think that Adams had left Green Bay on the pretext that he wanted to realize his dream of finding Carr, his quarterback on the college scene. The reunion will have been brief!

The decision is made

Josh McDaniels justified his decision to hand the ball to Stidham by saying the last two games presented a great opportunity to assess a young player. Believe such nonsense, but the reality is that the Raiders made a business decision instead.

The way Carr's contract is structured, he will receive $40 million guaranteed if he is unable to pass a physical immediately after the season.

Imagine a scenario where in the next two weeks, Carr gets injured. The Raiders, dissatisfied with his performance, would be contractually stuck with him. It would be nonsense for the organization.

Instead, they must decide, within three days of the Super Bowl, whether to release or trade Carr. This gesture would allow them to save more than $ 29 million under the salary cap next year.

By taking the ball away from him now, their decision is clearly made. It's the end of the Derek Carr era in Las Vegas.

A waltz to come

Carr will therefore evolve under other skies, because a team will certainly believe that it can revive it.

The Patriots to bring competition to Mac Jones? The Jets to avoid another debacle with Zach Wilson? Buccaneers to replace Tom Brady if he leaves? The Falcons to speed up their rebuild? The Colts to repeat their refrain of hiring another veteran? The bets are open!

Several other intriguing quarterbacks will find their way into the free agent market. Starting with Brady himself, of course. Lamar Jackson, Daniel Jones, Jimmy Garoppolo, Geno Smith and Baker Mayfield will be free as the air and could also attract buyers.

And Aaron Rodgers in all this? Will he decide to surprise everyone by announcing his retirement? If he returns, will young Jordan Love decide his future lies elsewhere?

These are several questions that will animate an off-season that will be anything but dead.

Absolutely no stakes in this game, other than draft positioning and a bit of honor. The Cards will be on their fourth quarterback David Blough. Fantastic! For their part, the Falcons saw their young rookie Desmond Ridder show signs of progress in his second start last Saturday. Defensively, the Cardinals are in the middle of the pack on the run (114.3 yards per game). This is obviously where the Falcons will strike.

AWAKENING OF THE LIONS

At the heart of a beautiful winning streak, the Lions fell into a strange torpor on Saturday against the Panthers. They have to wake up to stay alive in the playoff race and the Bears are not easy prey despite their record. They run well with the ball, and the Lions are miserable at rushing, giving up 145.9 rushing yards per game. Another surprise is therefore not to be ruled out, but the Lions attack will pull itself together.

The Jaguars will be looking to win a fourth game in a row, which would be their first since 2017. The trouble is, the Texans have won their last nine games against the Jaguars and are playing very well in the last few games. weeks for a last-place club. Still, Jaguars center Trevor Lawrence is playing his best football. In his last seven starts, his efficiency coefficient (rating) of 108.2 is the best on the circuit.

The Broncos are going straight to the slaughterhouse. Not that they'll miss their head coach Nathaniel Hackett, but there won't be more management in this mess they've become. The Chiefs claim 14 straight wins against them. At this point, it's not even David against Goliath, but André the giant against Little Beaver. The Broncos' only chance is that the Chiefs decide to play 10 against 11. And there again...

The Dolphins are winless in four games in December. In history, none of the 87 teams that did not win in December have made the playoffs, according to CBS. They will have to make do with Teddy Bridgewater in place of Tua Tagovailoa. The Pats are second in the league in sacks and will put the pressure on. A Dolphins win combined with a Jets loss would propel them into the playoffs. The Pats will not give them this gift.

FOR A PLACE IN THE SERIES

The scenario couldn't be simpler: if the Giants win, they go into the playoffs. Even in the event of a loss, if other teams in the race fall, the Giants would also qualify. But also beat the Colts, who are going nowhere with five straight losses and 12 turnovers at their expense during this terrible streak. It's hard to imagine the Colts suddenly rising from the dead to spoil the party.

TOWARDS ADVANTAGE ON THE GROUND

It is unclear if the Eagles will be able to bank on Jalen Hurts or if they will return with his substitute Gardner Minshew. What we do know is that even with Minshew, they have the offense to hurt the Saints. A victory would ensure that they finish first in their division and especially in their conference, which would confirm the home field advantage in the playoffs. The defense will also have a say, claiming at least six sacks in four straight games.

If the Buccaneers win this duel, they will be champions of the South Division. Be careful though, the Panthers beat them early in the season and with a win, they would control their destiny in Week 18. They average 187 rushing yards in their last four games. Tom Brady has six interceptions at his expense, against only five touchdowns, since week 14. In a duel of great importance, we cannot resign ourselves to betting against him.

Carson Wentz is back as quarterback for the Commanders. Last season with the Colts, Wentz was bad in two one-night stands and he finds himself in the same situation. The only way the Commanders secure their playoff spot is if they win, with losses to the Seahawks, Lions and Packers. The Browns continue to struggle offensively and the Commanders are seventh against the pass.

At the Raiders, Jarrett Stidham takes over for Derek Carr. Stidham, 26, had looked good in preseason games on his 2019 debut with Josh McDaniels as offensive coordinator. Since then, he has seen little regular season action. At the Niners, the beautiful story of quarterback Brock Purdy continues. He will try to become the fifth in history to win his first four starts as a rookie, the last being Ben Roethlisberger in 2004.

After starting the season well beyond expectations, these two teams are on a downward slope. The Jets are re-signing quarterback Mike White, which should tone up their offense a bit after four online losses. The Seahawks have lost three straight, but their quarterback Geno Smith will be on a mission to make the Jets, who dumped him early in his career, look bad. He won't have it easy against the Jets secondary, however.

Although the Vikings have five more wins than the Packers, they are neglected by the bookmakers in this matchup in Green Bay. The Packers become "hot" again at the right time, as usual. Under Matt LaFleur, they never lost in December (15-0) and their record in December and January in the regular season is 17-1. They seem invigorated by this final jolt and the Vikings' pass defense is the league's worst. They are ripe to stumble.

It's a rare duel between the two Los Angeles clubs, but far from the fervor expected when the schedule came out in May. The Rams still had some good times with Baker Mayfield in the past few weeks, but the Chargers are really up. Since Week 14, they've shown the league's best defense in yards allowed and points allowed. It remains to be seen if they will take their foot off the accelerator with their playoff spot confirmed.

Regardless of who the quarterback is or what strengths elsewhere in the two lineups year after year, this divisional rivalry rarely disappoints. In the last 15 games, only three times have the gap been more than a touchdown. The Ravens will obviously have to continue with Tyler Huntley at quarterback. They manage to fight him, but the attack lacks punch. The Steelers will have the last laugh in a defensive duel.

Since the time we complain about the decline of Monday Night Football... Not this time! The Bills can't afford to escape it, for the race for home-court advantage in the playoffs. If the Bengals win and the Ravens lose, they will be division champions. They would also be ahead of the Bills for playoff positioning in the conference, which would be huge. The Bills' recent propensity to run the ball diversifies their offense.

1 WHO calls on China to share real-time data 2 The CH invited the players' mothers for stays... 3 ECJ: Thomas Milic will face Sweden 4 Queen guitarist Brian May honored by Charles III 5 North Korea fires a ballistic missile 6 Firefighters save family from generator 7 Presents never arrived in time for Christmas 8 History and museums: Egyptian mummies... who traveled... 9 Quebecers at the Panthers game 10 5 musicals to see on Broadway 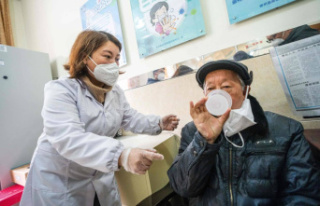