At the beginning of November, the death was pronounced and almost everywhere, the autopsy report was available. 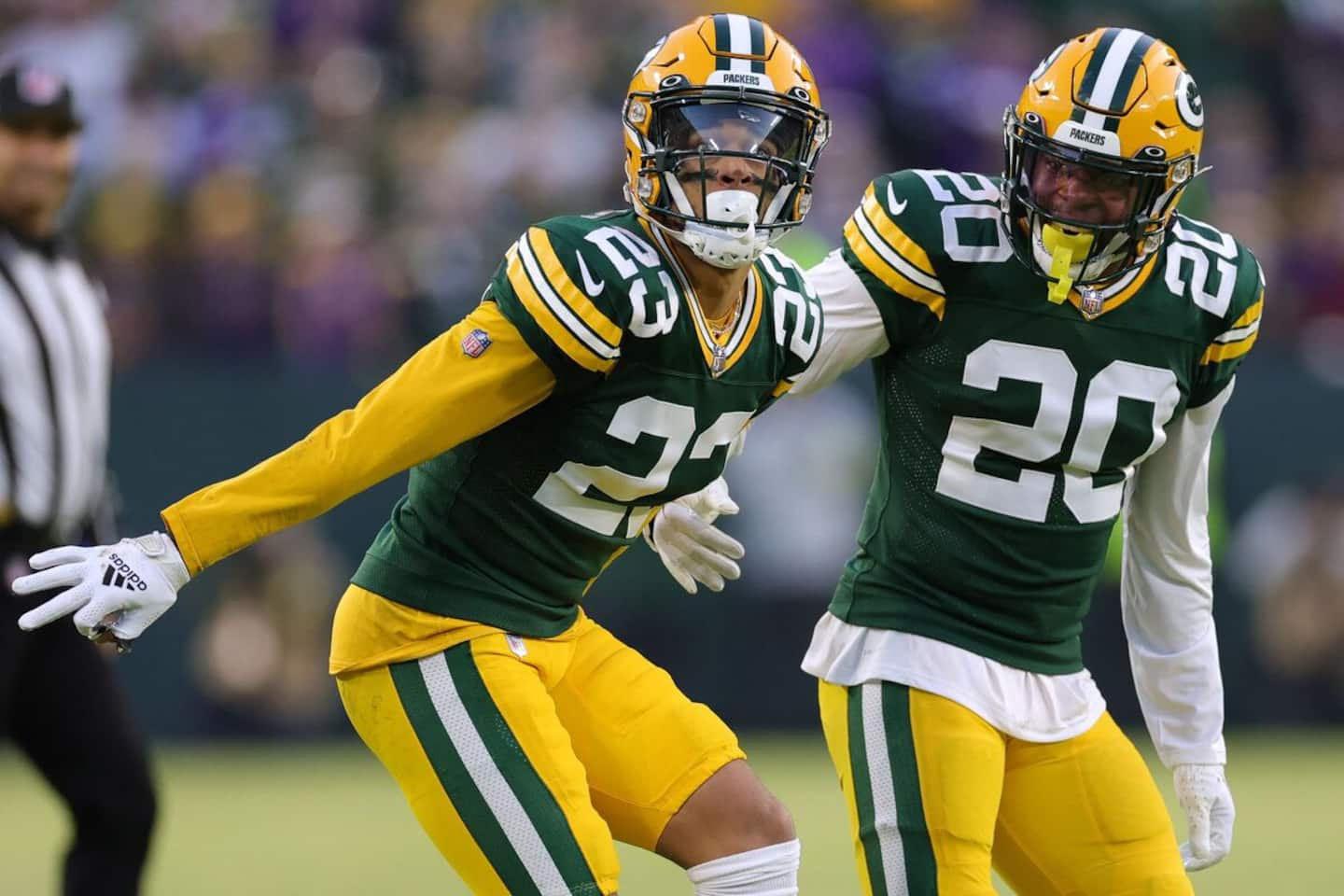 • To read also: Tua Tagovailoa: the protocol would have been respected

By massacring the Vikings by the score of 41-17, this team reminded us that it must still be feared.

It's crazy how quickly the course of a season can change. At the halfway point, the cheeseheads showed a record of three wins and six losses.

Sooner than later, the team would even have to look to their young quarterback Jordan Love, to assess him in order to make a decision on his future.

Seven games and five wins later, there they are with a respectable 8-8 record and if they beat the Lions next Sunday, they get their ticket to the playoffs. As simple as that!

And to hell with the idea of ​​handing the keys to the attack to Love! The problem remains for the Packers in the sense that they still do not have a clear idea of ​​what their 2020 first-round pick is worth, which continues to learn on the bench. Suddenly, that's the least of their worries.

How to explain this striking change of course for the Packers? The easy answer would be to say that it was Aaron Rodgers who got back to his former glory. However, he is not primarily responsible for this resurrection.

In the Packers' current four-game winning streak, Rodgers boasts just four touchdown passes, to two interceptions on his own. He averaged just 202 yards, including just 159 in the crushing win against the Vikings. It's the first time in his career that the Packers have won four games in a row when he doesn't throw more than one touchdown pass per duel.

The most surprising part of the Packers' revival is rather the holding of the defense, knowing that the days of coordinator Joe Barry in Green Bay seemed numbered in November.

Against the Vikings, it was his band that made the difference, as in recent weeks. The defense indeed intercepted three passes from Kirk Cousins ​​in addition to causing him to lose the ball once. So it's been two weeks in a row that the Packers have caused four turnovers, a first for them since the 2016 season.

In the last four games, the defense has limited the rivals to 17 points on average.

The hero of the game is therefore not Rodgers or any of his comrades on offense, even if running back Aaron Jones still excelled with 111 yards on the ground.

Instead, look to cornerback Jaire Alexander, who coordinator Barry deployed for much of the game against star receiver Justin Jefferson.

He was simply fuming by physically disturbing him at the line of scrimmage, derailing him from his tracks.

It was quite a contrast to the season opener between the two rivals, when Jefferson took advantage of Packers area coverage to destroy them with 184 yards and two touchdowns. The wide end, who was averaging 117 yards per game before the duel, was limited to a small reception for 15 yards.

According to ESPN, Jaire Alexander has been lined up against Jefferson on 20 of his 31 runs. In that context, Jefferson was only targeted twice and didn't catch a pass.

Strangely, the Packers look more dangerous when their backs are against the wall. The only year Rodgers led the team to a Super Bowl, 2010, the team qualified for the playoffs with a 10-6 record as the sixth and final team in the national conference.

From 2019 to 2021, the Packers had some big seasons and Rodgers was even named Most Valuable Player two years in a row. The disappointments in the playoffs have however accumulated.

Currently, Rodgers remains the leader of the roster, but it's not all down to his prowess. After being buried, the Packers have nothing left to lose. This is where they can make other teams fear the worst if they sneak into the playoffs.

THE WINNERS OF THE WEEK

The venerable quarterback played his best game this season at the perfect time. His 432 yards and three touchdown passes to Mike Evans (207 yards) propelled the Buccaneers into the playoffs, as they won the sad South Division. When the Brady-Evans tandem makes such a racket, it's dangerous.

If the playoffs started today, the Patriots would be there. All is not won for them, but the situation seemed hopeless just two weeks ago.

This will be the first playoff appearance since 2016 for the Giants. Quarterback Daniel Jones shone with two touchdown passes and two rushing touchdowns. He is making a lot of money for his next contract.

Their overtime victory over the Raiders puts them ahead of the Vikings for second place in the national conference. They even still have the opportunity to catch the Eagles in first place next Sunday.

The Seahawks have disposed of the Jets and currently occupy the last available spot in the national conference for a playoff spot. They need to beat the Rams next Sunday and hope for a Packers loss to the Lions to sneak into the tournament.

THE LOSERS OF THE WEEK

The Commanders quarterback was once again atrocious in a context where his team absolutely had to win to survive. With three interceptions, he sank his own. As he sank the Colts last year in a similar scenario. He definitely doesn't deserve a starting role anymore.

Remember when the Dolphins threatened the Bills for No. 1 in the East Division five weeks ago? Five defeats later, it all seems like a distant memory, a moment that never really existed. And yet...

The Panthers had the Buccaneers in the wires with an 11-point lead in the fourth quarter. After having this cushion, they gained 11 short yards on their next three offensive sequences, in addition to dropping the ball.

By losing to the Seahawks, the Jets are officially eliminated from playoff contention. Too bad, when you consider that this team showed a record of 7-4 starting the month of December. Good years should follow.

It's officially the end of their hopes of making the playoffs, despite a strong performance from quarterback Jarrett Stidham. He does not get excited and proclaim him leaving for next year after only one departure, but it is still positive.

Quebec guard Laurent Duvernay-Tardif was making his first start this season in the Jets' loss to the Seahawks. Regular starter at right guard, Nate Herbig, has been sidelined with an ankle injury. Duvernay-Tardif returned to the Jets in mid-November and was added to the regular roster three weeks ago. He hadn't started a game since the end of last season. With the defeat, the Jets were eliminated from the playoff race, but the Quebecer can still say mission accomplished in his quest to regain his place on the field.

The two young quarterbacks of the 49ers and the Raiders, Brock Purdy and Jarrett Stidham, had the opportunity to shine in the duel between the two teams. In the loss, Stidham was fuming on his first career start. However, he was the victim of an interception at the worst time. In overtime, Stidham was pushed around when Nick Bosa pushed his blocker against the quarterback. His pass was affected and Tashaun Gipson easily recovered the floating ball to bring it back 56 yards. The interception paved the way for Robbie Gould's game-winning field goal for the 49ers.

For the second week in a row, the Eagles needed a win to secure home-court advantage in the playoffs. For the second week in a row, they escaped it, this time against the Saints. Trailing 13-10 in the fourth quarter, they tried to get back in the game, but a pass from Gardner Minshew was intercepted by Marshon Lattimore, who galloped into the end zone to give his team a 10-point lead. The Eagles will now have to beat the Giants next Sunday to achieve their goal.

Another club that refuses to give up the ghost is the Steelers, with three straight wins and five in their last six games. Although rookie quarterback Kenny Pickett didn't have a great game overall (15 for 28, 168 yards) against the Ravens, he produced when it mattered. Trailing 13-9, the Steelers regained the ball and Pickett orchestrated a game-winning push for the second week in a row. At the Ravens' 10 line, he ran away from pressure to join Najee Harris in the end zone. The Steelers are still alive for the playoffs.

One of the under-the-radar players in the Packers turnaround is kick return specialist Keisean Nixon. Against the Vikings, he scored a touchdown on a 105-yard return. Last week, he had a long return of 93 yards against the Dolphins. Strangely, Nixon had never returned a punt at any level before, including during his three-year stint with the Raiders. The cornerback leads the league this year in return yard average and the Packers only gave him the role midway through the season.

1 Ukraine: 63 Russian soldiers killed in a strike near... 2 After leaving, Prince Harry sees 'no desire for... 3 The price of electricity rises 26.7% this Tuesday,... 4 Connor Bedard: the goal that would break the records... 5 A year that started badly for Félix Auger-Aliassime 6 The CNMC enables Iryo to operate four new routes to... 7 Health and sleep: how to avoid insomnia 8 “Les Choristes”: 80,000 tickets sold 9 Suzuki and Caufield: a complicity even for mothers 10 Tennis: Martina Navratilova with breast and throat... 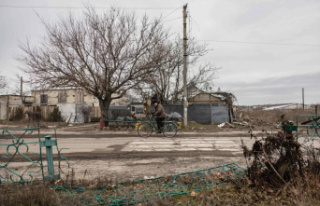 Ukraine: 63 Russian soldiers killed in a strike near...