'No question of going there': Corey Conners does not want to join the new LIV Golf series

ST ANDREWS, Scotland | Corey Conners has worked so hard in his career that he definitely doesn't want to join the controversial new LIV Golf series. 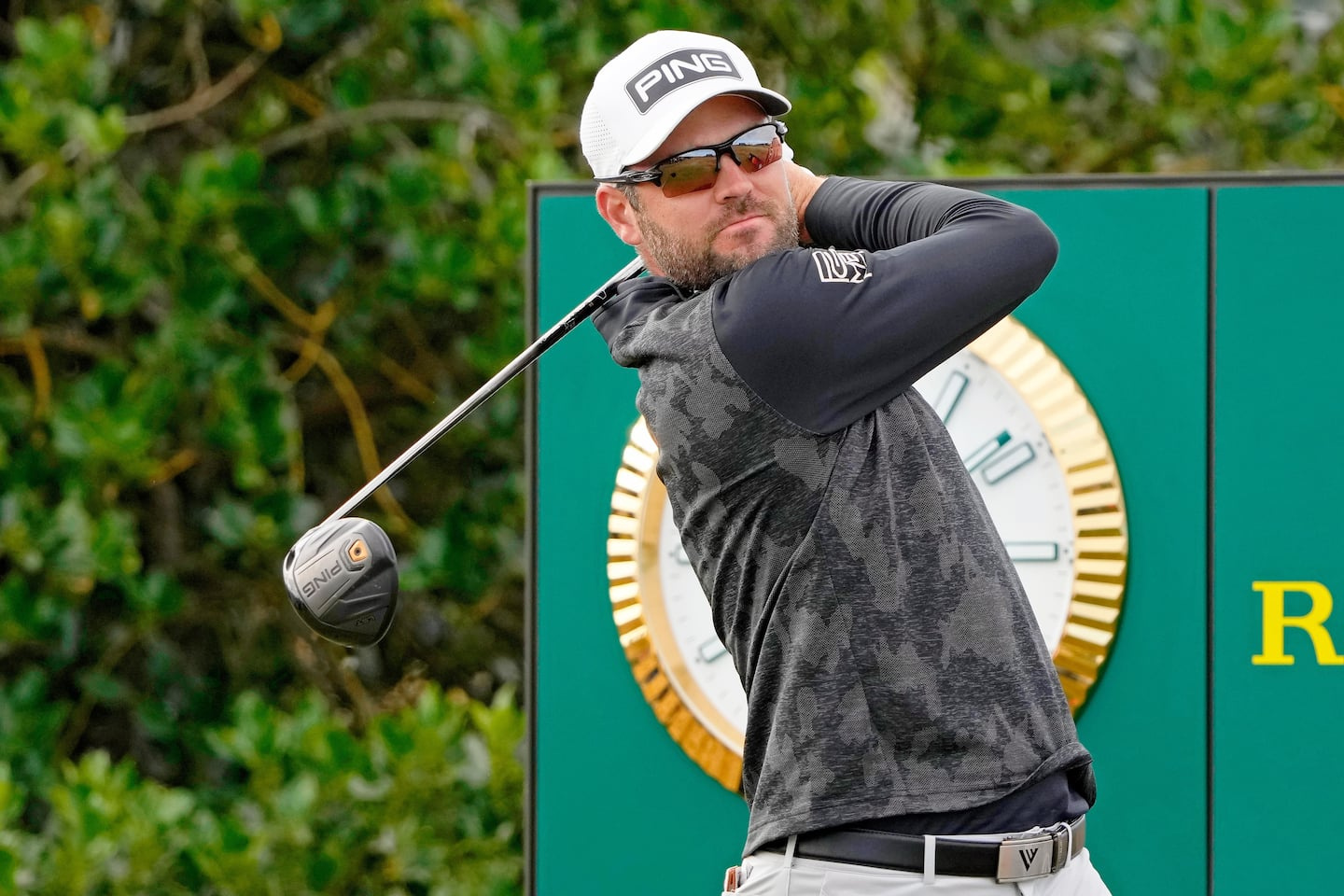 ST ANDREWS, Scotland | Corey Conners has worked so hard in his career that he definitely doesn't want to join the controversial new LIV Golf series. Even if offered a bundle of gold, he would refuse as he loves his career.

"I'm not interested in that. No way to go there, assured the 30-year-old Ontarian, the best Canadian golfer, ranked 29th in the world rankings.

“I am happy with my career and my life on the PGA Tour. It's truly pleasent. I like to play PGA tournaments and participate in the Canadian Open in addition to major tournaments. I have no intention of leaving him at all."

It's that to tussle with the world's golf elite, Conners has been working hard for ten years. He started at the very bottom of the golf ladder and he didn't miss a rung.

He trained on the Canadian Tour, the Latin Tour and the PGA's antechamber, the Korn Ferry, for several years.

Since the 2017-2018 season, he has been playing full time on the best circuit in the world. So why leave it?

Certainly not for the money or to take it easy by participating in a handful of tournaments per season.

The Canadian loves to keep busy. He participates in an average of 26 tournaments per season. If he could, he would play them all. But he understood that he also had to rest to keep in shape.

He therefore joins the words that Tiger Woods delivered earlier this week, during his press conference in St Andrews. Asked about the stakes of the new league powered by the Saudi Public Investment Fund, Woods said he did not understand the motives of the golfers who join it.

According to him, the experience gained on the way to the PGA Tour is invaluable, as is earning a living as a professional golfer traveling the world competing in the biggest championships.

“I started at the foot of the mountain. Once I get to the top, it doesn't make sense to leave everything behind to join the new league, Conners explained. I still have so much to accomplish on the PGA. I want to continue to climb the world rankings and break into the top 10. And that is done by playing with the PGA.

Among the other reasons, he also insists on participation in major championships. He tasted his first experience at the 2015 Masters Tournament. Nor will he leave those future prospects on the line as governing bodies, like the Royal and Ancient, have made it known that they will review under little about the eligibility criteria, starting in 2023.

Conners will continue on the Monahan circuit. In addition, he has his eyes on an event he circled a long time ago: the Presidents Cup.

This will be played at the Quail Hollow Golf Club in North Carolina at the end of September.

Currently ranked 6th in the international team standings, Conners will continue to climb. Right in front of him, Abraham Ancer's name will disappear as soon as he hits his first tee shot in the LIV Golf league next week.

Mackenzie Hughes and Adam Hadwin are also in good positions, respectively 11th and 12th. The next deserters will open doors for them.

“Guys get out of the race by their decision. But I really want to earn my place on the team, Conners insisted. His 28th place at this Open will help him earn valuable points.

“It is also disappointing, because we want to put together the best international team. I could see myself playing with Abe [Abraham Ancer]. But I can't help it. I would be able to play with any teammate."

You had to watch him wander the Old Course over the week. In his third appearance at the British Open, the native of Listowel, Ontario had his eyes wide and his smile spread from ear to ear. And this, even if he visited the impossible Road Hole Bunker twice. He gained experience on the links.

“It was an amazing week. It's such a special place. It was my first visit and I felt a unique support from the spectators. This course has really stood the test of time. It is very pleasant to walk around. I really hope to come back here.”

The question of the new LIV Golf series had to arise during the press conference of the champion flanked by the Claret Jug. It is that the rumors are intensifying around Cameron Smith who would desert to the new series managed by the Australian, Greg Norman. The winner did not want to get into the game given the location. But he didn't deny either, instead directing questions to his management team. The resident of Jacksonville Beach, very close to the headquarters of the PGA Tour, wishes to evolve among the world's cream. To be continued...

It should not be avoided, one feels a division between golfers on the PGA Tour and those who have turned their backs to join the LIV Golf series. It is sad. But one thing is certain, not even all the gold in the world could buy such a prestigious tournament, in such a historic and significant place, offering such high competition as the Open. Not even the Saudi Public Investment Fund...

A trip to St Andrews is unforgettable for golfers, spectators and journalists alike. This second visit to the cradle of golf was just as tasty as the first in 2015. Although different and less incredible, it allowed me to discover the small Scottish town every day. Each of the morning and evening walks gave me pleasant surprises and taught me more about the charming little Scottish town. On the North Sea cliff, the ruins of St Andrews Castle are magnificent.

1 Pete Alonso three-time circuit contest champion? 2 Russia fines Google $475 million 3 Malaysia: seizure of 18 million dollars of tusks,... 4 Bolsonaro blamed for skyrocketing deforestation 5 Vladimir Putin wants to overcome the difficult challenges... 6 Steve Bannon on trial for refusing to cooperate with... 7 6-year-old child dies from rattlesnake bite 8 One of the leaders of the “freedom convoy” obtains... 9 Half of CHLSD residents do not have air conditioning 10 Mike Matheson dreams of a Stanley Cup in Montreal