Normalizing and embracing diversity on TV

Diversity takes all kinds of forms including those of sexual orientation and gender identity. 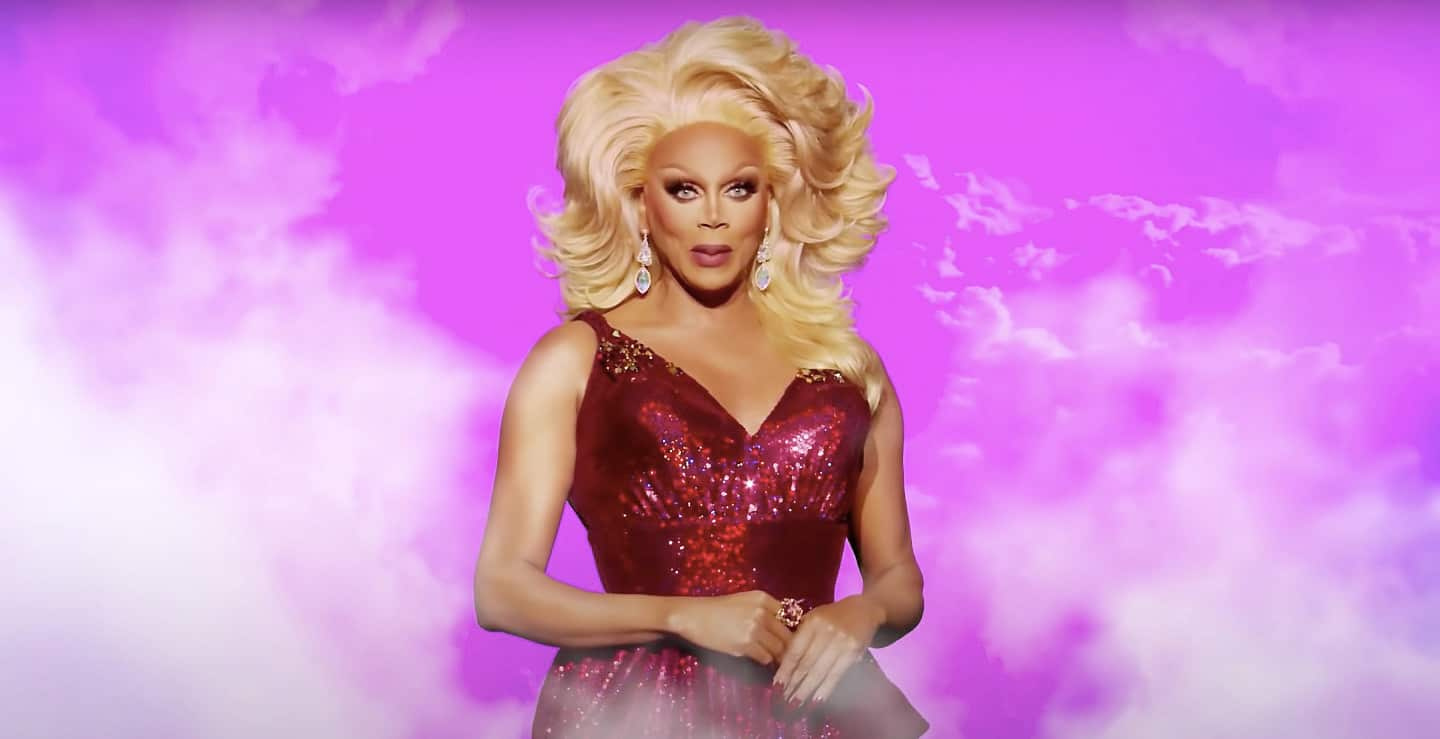 Diversity takes all kinds of forms including those of sexual orientation and gender identity. Everyone agrees that for a society as open as ours, we were frankly late in television. But we adjust. Perhaps not always as quickly as the society that has been emancipating itself in recent years. However, each step counts so that everyone finds their way and embraces this diversity. As the Montreal Pride festivities begin, it was a great opportunity to take a look at the evolution of the LGBTQ community on our airwaves.

• Read also: The Montreal Pride festival is back in August

“American specialty channels, such as HBO, Showtime or Netflix, have had an influence, observes Tara Chanady, researcher on LGBTQ issues at the University of Montreal. However, the public channels are less progressive.”

A situation motivated by economic questions, by an urban context, by generational issues. However, she notices that the lesbian representation took longer to settle on the small screen. In the United States, The L Word series was a precursor.

“We are talking about the invisibility of women. As there is always an invisibility of trans and non-binaries. She notes that the series Without an appointment, which takes place in a sexual health clinic, is an exception with Lou, a non-binary character.

Diversity is at the heart of all the works of Simon Boulerice. The author, columnist and actor has been making a name for himself for a few weeks in Géolocaliser l'amour, a very successful adaptation of his novel on the Extra de Tou.tv (and free, for all, from August 3).

We follow Simon (his character), in his quest for love as he succumbs to the potential lovers of an application.

“I am convinced that the series would not have been possible when the book came out in 2016. We were not ready to see this raw and sensitive all-you-can-eat side, even if the applications existed. The web also allows greater freedom.”

If conventional TV runs on familiar faces, the web allows you to dare, to also amplify a certain authenticity. As allowed by the American specialized channels whose distributions are full of new personalities. In Géolocaliser l’amour, the question of non-binarity is brought up by Camille, embodied by Alex Miron, a non-binary artist. And remember that Chloé Robichaud's Féminin/Féminin series was born on the web.

in the right direction

The 1970s saw the arrival of Christian Lalancette in Chez Denise, although today considered caricatural, and Bernie Lacasse, a cleaning man at the Duvals in Never two without you, whose spouse was a police officer, a standardization still marginal to the era. In 2000, the Queer as Folk series proved to be significant for the gay community. Still had to understand English.

“There was a succession of small steps, remembers Simon Boulerice. Life, life was a big milestone for me. It was the first time I saw a gay couple on Quebec TV. It was done with simplicity and a lot of humanity. We were far from caricature.

Too often gay characters have played second fiddle. Often, the plot relied on their coming out, as if it were necessary to become attached to them or to understand them, to justify them.

“Homosexuality is now fully integrated, but without seeing the communities, however notes Tara Chanady. At the moment it remains dosed, marked out. For example, we do not represent the more masculine lesbians. We don't talk about queer issues. We stay in the beautiful monogamous couples.

The normalization of sexual orientation and identity, young people are exposed to it.

“Shows like Euphoria, in a more trashy way, and Heartstopper, in a more tender way, showed trans people in a very organic way,” says Simon.

With us, Gabrielle Boulianne-Tremblay (Another story) and Pascale Drevillon (Fugueuse 2) deserve substantial roles that go beyond the trans question. And let's salute the complex score offered to Lé Aubin, trans actor, in All Life. And hats off to the great joust played by comedian Tranna Wintour in Big Brother Celebrity.

Tara Chanady, however, calls for caution recounting the plot around the nurse character in Unit 9 whose trans identity was associated with an unfounded deviance which had led to her dismissal. If she understands that the series has put forward female homosexuality through a diversity of characters, this episode was a clumsiness.

“It is the responsibility of the artisans of a work to inform themselves and to involve people from the communities concerned in the production. There is a constant duty of education to represent the new codes. Television participates in recreating norms, issues of power, she says.

“The youth series is a beautiful setting, advances Simon Boulerice. In my Six Degrees series, Humberto questions his identity. His father finds him a little young while Léon points out to him that at 12, he already knew where his desire was going. Without making a fuss of it.”

This normalization is very present in the series L’académie, Le chalet, Jérémie or Les petits rois intended for a teenage audience. Tara Chanady also notes that Madame Coucou in the new version of Passe-Partout did not have to come out simply integrating the fact that she has a lover.

“We define ourselves more than in my time, observes Simon Boulerice. We want to be heard. We know the vocabulary more and more. Some do not have all the tools, it can be destabilizing, but you just have to be vigilant, benevolent and delicate. It is up to everyone to be of their time and to make an effort.”

And what do you say to authors who say they write more about what they know?

“I have never done so much research as since I wrote for TV. The characters must be embodied. [... For that, an author must take precautions, must validate things. To make a mechanic character believable, I asked a mechanic questions. Highly watched television helps to demystify. Even in entertainment it can be educational.”

Recently, drag has also appeared on our screens. RuPaul is one of the great architects of this small revolution thanks to the Drag Race franchise which has conquered the world.

“In Quebec, Mado [Lamothe] started the machine then Rita [Baga] cleared the way with a mega shovel, confirms the colorful comedian Mona from Grenoble. We open the doors of the cabaret! It is by being on shows that we reach the general public. This representation is so important.”

We can say that the drag on our airwaves came at the right time while a certain pandemic gloom reigned.

"It's a breath of fresh air," exclaims Mona. Too bad if you don't like glitter! They told us during the pandemic to reinvent ourselves. The bars were closed, we left the night life. What's fun is that drag encompasses all forms of art: dance, song, animation, humor. It is a strength and full of potential to be exploited.”

Mona de Grenoble is the alter ego of Alexandre Aussant, a personality who deserves to be known. Who confuses us. "It's the party aunt who burps her crème de menthe without creating discomfort."

Alexandre is delighted with the growing popularity of his Mona. After notable appearances at Roast Battle and Le Prochain standup, she became a columnist for Fabuleux Printemps by Marie-Lyne.

“Mona knows how to adapt depending on whether she is on stage, on the radio, on TV. Doing the chronicle allowed me to show that there was not only the crunchier, saltier stage Mona. Mona is also Alexandre who has opinions, values.” Mona de Grenoble will continue to stretch us on our airwaves where she quickly acquired her place thanks to her outspokenness.

“I see that mentalities are changing, concludes Simon Boulerice. I have been on TV on a regular basis for five years and I feel that homophobia is running out of steam. It is certain that people know me better so that people may become attached to me, but I also think that times are improving. And it's a lot thanks to young people. Whereas before we pointed the finger at the homosexual, now we point at the homophobic.

1 Your dog in the car: tips for taking great walks 2 New trilogy by Camilla Läckberg and Henrik Fexeus:... 3 A dose of rage: becoming an FBI informant 4 Why do we need a vacation? 5 Stéphane Bourguignon: his most beautiful literary... 6 In reading mode: friendly reading 7 Events: a revival of thunder 8 An SME turns 50 14 months after the anniversary date 9 Labour: the Beauceron recipe for finding and keeping... 10 What will be the impacts of a fall in the price of... 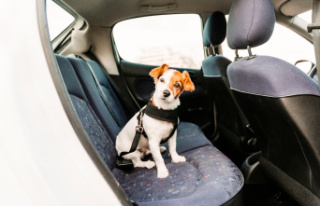 Your dog in the car: tips for taking great walks