Norway celebrates rainbow love in the aftermath of the Oslo shootings

Norway celebrated love for all on Sunday with a tribute to the victims of the shooting that occurred near a gay bar the day before in downtown Oslo, a tragedy that shocked the nation in full celebration of the LGBT Pride march. 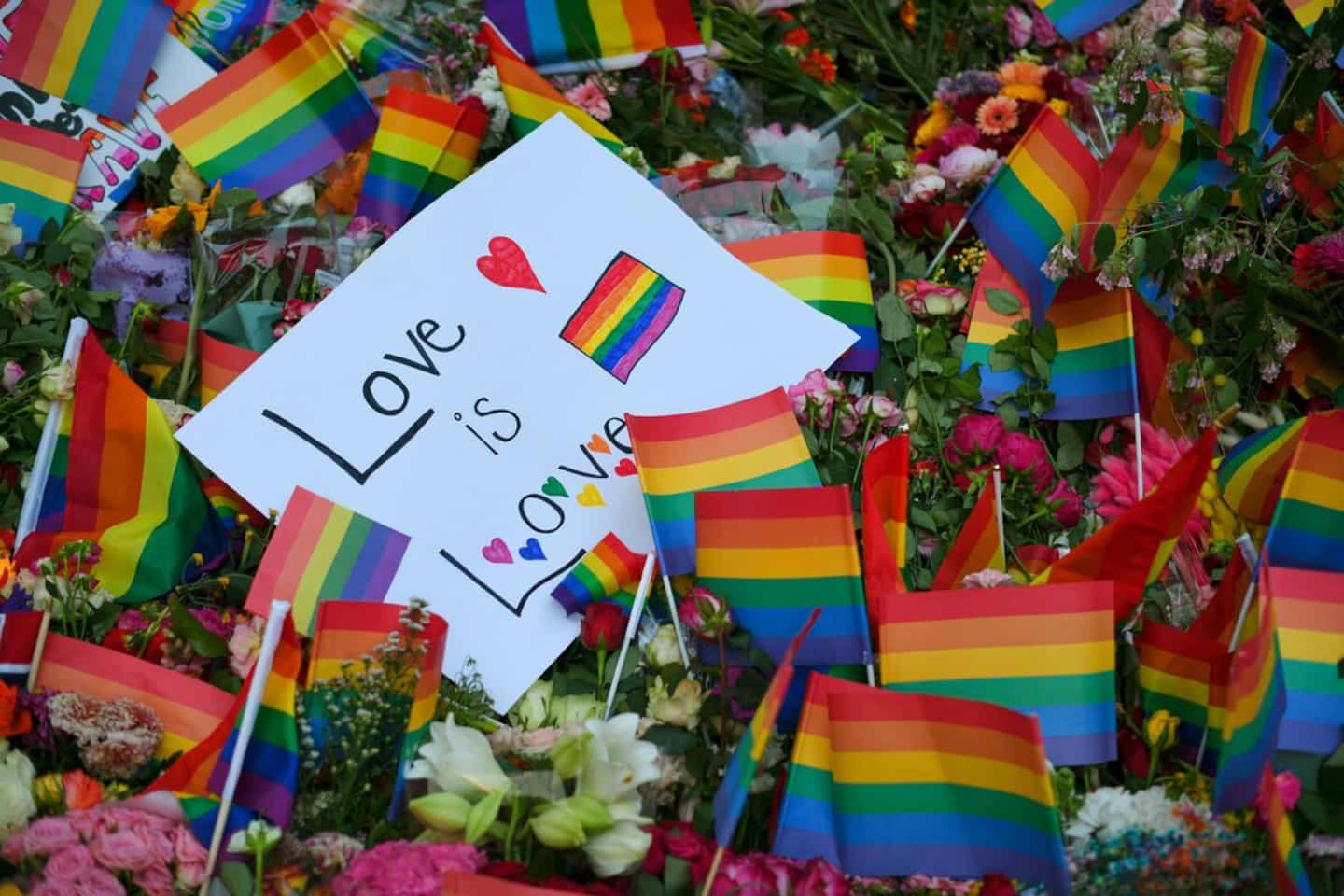 Norway celebrated love for all on Sunday with a tribute to the victims of the shooting that occurred near a gay bar the day before in downtown Oslo, a tragedy that shocked the nation in full celebration of the LGBT Pride march.

• To read also: Shooting in Oslo: “troubling” for the LGBTQIA community, according to Sylvain Gaudreault

• Read also: The shooting in Oslo treated as “an act of Islamist terrorism”

While the investigation continues to determine the exact motives of the suspect, described as an Islamist with fragile mental health, an emotional mourning ceremony was celebrated in the cathedral of Oslo, the day after the attack which left two dead and 21 injured.

For the occasion, the altar of the venerable religious building was adorned with rainbow-colored pennants and assorted flowers.

As Norway marks the fiftieth anniversary of the lifting of the ban on homosexuality, the cleric recalled that the Church has long opposed equal rights for same-sex couples.

“We see that we can learn, sometimes reluctantly, that the diversity between us is a gift, a richness, and that many homosexuals are able to cultivate a love that the rest of us are incapable of,” he said.

In the audience where Crown Princess Mette-Marit, her husband, Prince Haakon had contracted the Covid, had taken place, some were made up or dressed in rainbow colors.

“The shooting (…) put an end to the Pride march” scheduled for Saturday afternoon in Oslo, but canceled on the recommendation of the police, noted Prime Minister Jonas Gahr Støre, with a serious face.

“But it did not end the fight and the efforts against discrimination, prejudice and hatred,” he stressed.

The shootings occurred early Saturday at around 1 a.m. (2300 GMT Friday) outside a pub and then outside a nearby gay club, the London Pub, spreading panic among many night owls at a time when parties related to Pride were in full swing.

Two men in their 50s and 60s were killed and 21 others injured, ten seriously.

Quickly arrested, the alleged perpetrator of the shooting is, according to the Oslo police, a 42-year-old Norwegian of Iranian origin, whom the Norwegian media have identified as Zaniar Matapour.

On the radar of domestic intelligence services since 2015 for his radicalization and his membership in an extremist Islamist network, the man, also convicted of relatively minor offenses, could also be in fragile mental health.

The police ordered him under observation to help shed light on the question of his criminal responsibility.

Tributes from all walks of life

Attack motivated by ideological or religious considerations? Hate crime against the homosexual community? Gesture of an unbalanced? Investigators say they are not closing any doors at this stage, especially since the suspect refused to be heard on Saturday.

Eleven years after the bloody attacks perpetrated by right-wing extremist Anders Behring Breivik, tragedy has again shaken the generally peaceful kingdom, but where the level of threats has been raised to the highest notch and vigilance has been heightened. with more numerous and exceptionally armed police.

“It is important to express our condolences and to say that love is love, and it is the same for everyone, that everyone should have the right to live their life as they wishes, ”says, on the verge of tears, Kristin Wenstad, a chef, who came to meditate on the scene of the tragedy.

Often in tears, countless anonymous people laid bouquets of flowers and rainbow flags around the perimeter cordoned off by the police.

If the Pride march, which was to be the first in three years because of the pandemic, has been canceled, or postponed, according to the mayor of Oslo, thousands of people gathered for a spontaneous parade on Saturday.

To pay tribute to the victims, Norwegian football star Ada Hegerberg brandished a rainbow-colored armband after scoring the first goal in the women's victory on Saturday night against New Zealand.

1 The G7 has fun... on Putin's back 2 Housing crisis: soaring rents continue in Quebec 3 Aquaman star calls for action to save the oceans 4 In sweat and mud, a Thai buffalo race to preserve... 5 Dozens of arrests during the Pride March in Istanbul 6 Moscow says it hit an arms factory in Kyiv 7 TO SEE | Dramatic clouds that look like the ocean 8 Overwhelming heat for southern Quebec 9 Wimbledon: Denis Shapovalov wants to find his bearings 10 Abortion: American companies get involved, but not... 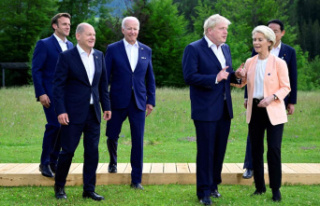