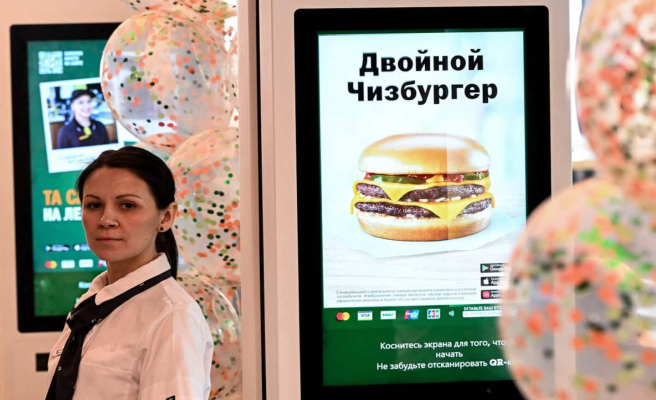 • Read also: Russian strike on western Ukraine: at least 22 injured, according to the regional governor

"Vkousno i totchka" (Delicious. Point) is the brand's new name, unveiled in Moscow on Sunday in front of a hundred Russian and foreign journalists. The new logo represents two stylized orange fries and a red dot on a green background.

"It won't be worse, that's for sure. We will try to make it better” than before, added the new owner, businessman Alexandre Govor.

“We hope that the number of customers will not decrease but on the contrary, that it will increase. Especially now that it is an entirely Russian company,” he added.

Established for more than 30 years in Russia, McDonald's was one of the first windows on the Western world to open for Russians and became anchored in their daily lives and their hearts. Very popular, Russian restaurants accounted for around 9% of the American group's turnover.

Its decision to suspend the work of its 850 restaurants and 62,000 employees in March, then to leave the country definitively in May because of the Russian offensive in Ukraine launched on February 24, was badly digested by the Russians.

"My whole family went ... three times to McDonald's for a farewell meal," Elena, a programmer and mother of two, told AFP on Sunday.

"Now we're going for a reunion lunch," she smiles.

As of Sunday morning, well before the official opening set at 9:00 a.m., dozens of people gathered near the emblematic restaurant of the Russian capital, Pushkin Square, one of the first fifteen restaurants to welcome customers.

On Monday, another 50 restaurants are due to open, according to Paroev, with the chain then planning to reopen 50 to 100 restaurants a week across the country.

On the menu, the same range as before: cheese and double cheeseburgers, a wide range of ice creams and desserts, but the Filet-O-Fish is now called the Fishburger, the Royal Deluxe has been transformed into the Grand Deluxe and the prefix McDo no longer appears on any name.

“We were forced to remove certain products from the menu because they make direct reference to McDonald's, such as McFlurry and Big Mac,” explains Oleg Paroïev.

Prices have “increased slightly” due to inflation hitting Russia hard since new Western sanctions were imposed in February and March in the wake of the Russian offensive in Ukraine, but they remain “reasonable” according to the general director of “Vkousno i tochka”.

As for the packaging, it is "neutral": "no word, no letter" should remind the McDonald's group, he explains.

The first McDonald's in the USSR, Pushkin Square, was inaugurated in the very center of Moscow in January 1990, a little less than two years before the collapse of the USSR, and welcomed more than 30,000 customers on opening day - a world record for the channel.

The gigantic queue in front of the restaurant has become legendary.

The most visited McDonald's restaurant in the world, according to figures from the American group, in 30 years it has welcomed more than 140 million customers, the equivalent of almost the entire Russian population.

Alexandre Govor, who has operated 25 restaurants of the American group in Siberia since 2015, bought the activities of McDonald's in May.

Co-founder of an oil refining company, Neftekhimservice, he agreed to keep the 51,000 direct employees - 11,000 others being employees of franchised restaurants - for at least two years, under conditions equivalent to those they had previously .

The 62-year-old entrepreneur from Novokuznetsk (South Siberia), hitherto unknown outside the business world, says he has "very ambitious plans": "We want the number of our restaurants to reach a thousand by five or six years.

1 [LIVE] 109th day of war in Ukraine: here are all the... 2 Over 15,000 sheep drown after ship sinks 3 Actor Pierre-Luc Brillant will be the Parti Québécois... 4 Azerbaijan Grand Prix: a Red Bull double in Baku 5 [IN PICTURES] A city in the Philippines covered in... 6 Great Pierre Lavoie challenge: temporary closure of... 7 United States: major preparations before the probable... 8 A woman denounces her son for the sexual assault of... 9 Quebec invests $50 million to fight against elder... 10 US senators agree to better control firearms 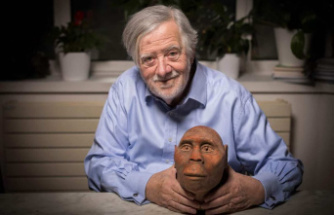 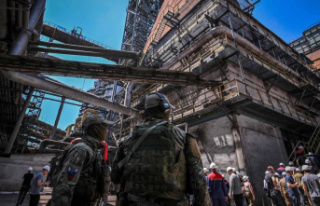