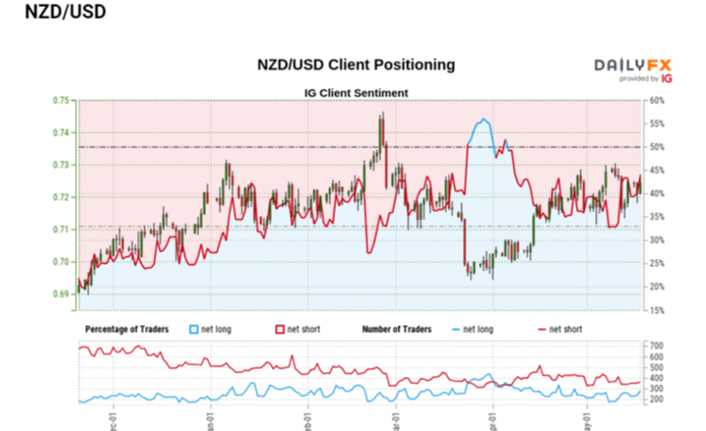 NEW ZEALAND DOLLAR TALKING POINTS
NZD/USD approaches the monthly high (0.7305) as a rising amount of Federal Reserve officials warn of a massive increase in inflation, and the Federal Open Market Committee (FOMC) Minutes will keep the exchange rate payable since the central bank appears to be no hurry to scale back its emergency measures.

NZD/USD RATE HOLDS ABOVE 50-SMA TO TARGET MARCH HIGH
NZD/USD reveres before their monthly low (0.7115) to transport above the 50-Day SMA (0.7139), and also the exchange rate may continue to negate the head-and-shoulders formation from earlier this season as the Fed remains on track to"raise our holdings of Treasury securities by at least $80 billion per month and of agency mortgage-backed securities by at least $40 billion per month."

NZD/USD seems poised to retrace the decrease following the update to the US Consumer Price Index (CPI) since Fed officials retain a dovish forward guidance for monetary policy, and the FOMC Minutes can generate a minimal response in the US Dollar as the central bank reveals little goals of switching gears ahead of the next half of this year.

It seems like the FOMC is in no hurry to scale back its emergency measures as the committee warns that it will"take some time for significant further improvement to be achieved," and it remains to be seen when Chairman Jerome Powell and Co. will change its tone at its next interest rate decision on June 16 because the central bank is slate to update the Summary of Economic Projections (SEP).

Until then, NZD/USD may continue to trade within in the March range since it negates the head-and-shoulders creation from earlier this season, but the revived tilt in retail sentiment may lead to a test of the March high (0.7307) since the crowding behaviour from 2020 resurfaces.

The IG Client Sentiment report shows 45.06% of traders are currently net-long NZD/USD, together with the ratio of traders short to extended standing at 1.22 to 1.

The number of traders net-long is 15.33% greater compared to yesterday and 27.00% higher from last week, while the amount of dealers net-short is 4.43% lower compared to yesterday and 7.09% reduced from previous week. The jump in net-long curiosity has helped to relieve the tilt in retail opinion as only 37.50percent of traders were net-long NZD/USD last week, while the decline in net-short standing comes as the exchange rate approaches the monthly high (0.7305). 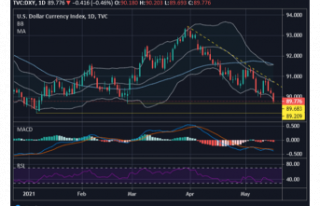