Quebec proposes amendments to Bill C-13 on the reform of the Official Languages ​​Act (OLA) at the Federal level in order to integrate the specificities of the Charter of the French language.

In a letter sent to the Standing Committee on Official Languages, the Minister responsible for Canadian Relations and the Canadian Francophonie, Sonia Lebel, indicated that these proposals are intended "to improve Bill C-13 in order to respond to the challenges of the reality minority of the French language in Canada and to make the federal language regime more compatible and coherent with that of Quebec.”

It should be noted that the Government of Quebec recently issued its position on the modernization of the OLA, particularly with regard to the minority status of French in the country.

"The approach proposed by Quebec is based on the fact that of Canada's two official languages, only French is vulnerable and that it must be protected and promoted, both in the other provinces and territories and in Quebec”, can we, among other things, read in the document explaining the position of the province on the file.

Thus, the provincial government hopes that the federal law will be adapted in order to strengthen the status of French in the communities where this language is dominant. "Quebec's intervention is only intended to ensure that the objectives of strengthening the OLA can be achieved, without this harming Quebec's interests in linguistic matters", it was also indicated.

Note that the Bloc Québécois should also table amendments to Bill C-13 in this regard.

1 Argentina: Buenos Aires banishes inclusive writing... 2 Arsenic in the air: the Minister of the Environment... 3 Raymond Bourque supports Joe Sakic and the Avalanche 4 The Sabers will retire number 30 5 'The forces that led to the Capitol storming... 6 Monkey pox: symptoms can be difficult to identify,... 7 Harvey Weinstein's trial in Los Angeles will... 8 Air Canada: Hundreds of flights canceled in one week 9 Russia: Anti-torture NGO designated “foreign agent” 10 Soaring mortgages: Girard does not fear a recession 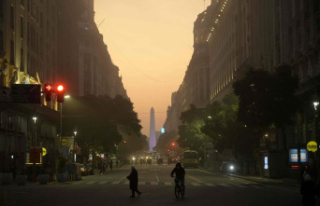