Operators raise their rates by an average of 3.34 euros and reduce promotions in the last three weeks

Orange, Yoigo and Movistar raise the price of their promotions and Vodafone their rates. 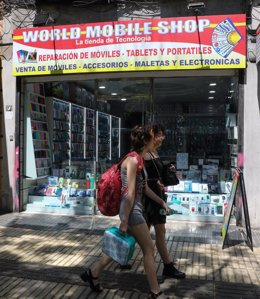 Orange, Yoigo and Movistar raise the price of their promotions and Vodafone their rates

Telecommunications operators have raised their rates by an average of 3.34 euros, especially the promotional ones, which they offer in the last three weeks, according to an analysis by the Ysi price comparator among 108 companies in the sector.

The comparator has highlighted that the four main operators have raised their prices or cut some of their promotions with increases between the 3.8 euros of Vodafone, the least bullish -although it is the only one that raises its rates and not the promotions-, and the almost five euros increase Yoigo and Orange in their promotions

The main operators have already pointed out on several occasions that the deflationary scenario in the sector was not sustainable and have aimed to make less aggressive promotions and adopt price correction strategies, either by linking rates to the Consumer Price Index (CPI) or with revisions of 'more for more' as pointed out last week by the CEO of Telefónica, Ángel Vilá.

Thus, Telefónica has raised the prices of the promotions it carries out in three of its offers by between three and six euros: the 300 mbps fiber with 30 Gb of mobile data and its 1 Gb fiber with 1 and 2 unlimited mobiles.

For its part, Orange has cut the promotions of its pay television offers by nine months, including those for football, which now last three months. In addition, the price has increased between 2.68 euros and 8.75 euros, depending on the package, with the only exception of its premium rate, which includes all television packages and four lines, whose price has fallen by 0.4 euros.

1 The Christmas campaign will generate 8% more contracts,... 2 COMUNICADO: LOTUS REPORTS ITS BEST QUARTER EVER WITH... 3 Brussels cuts Spain's growth forecast to 1% in... 4 COMMUNICATION: The cold logistics chain accounts for... 5 The minority Post Office unions call a strike at the... 6 COMMUNICATION: Payhawk celebrates 2 years in Spain:... 7 COMMUNICATION: Repair your Debt Lawyers pays €32,500... 8 The Ibex 35 advances 0.3% in the middle of the session... 9 COMMUNICATION: What is the deadline to replace the... 10 Naturgy raises its profit by 37% to September, to... 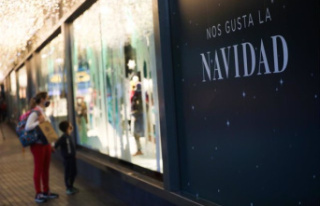