Orlando had tears in his eyes

The scene was so beautiful that Orlando had tears in his eyes as he translated it for me. 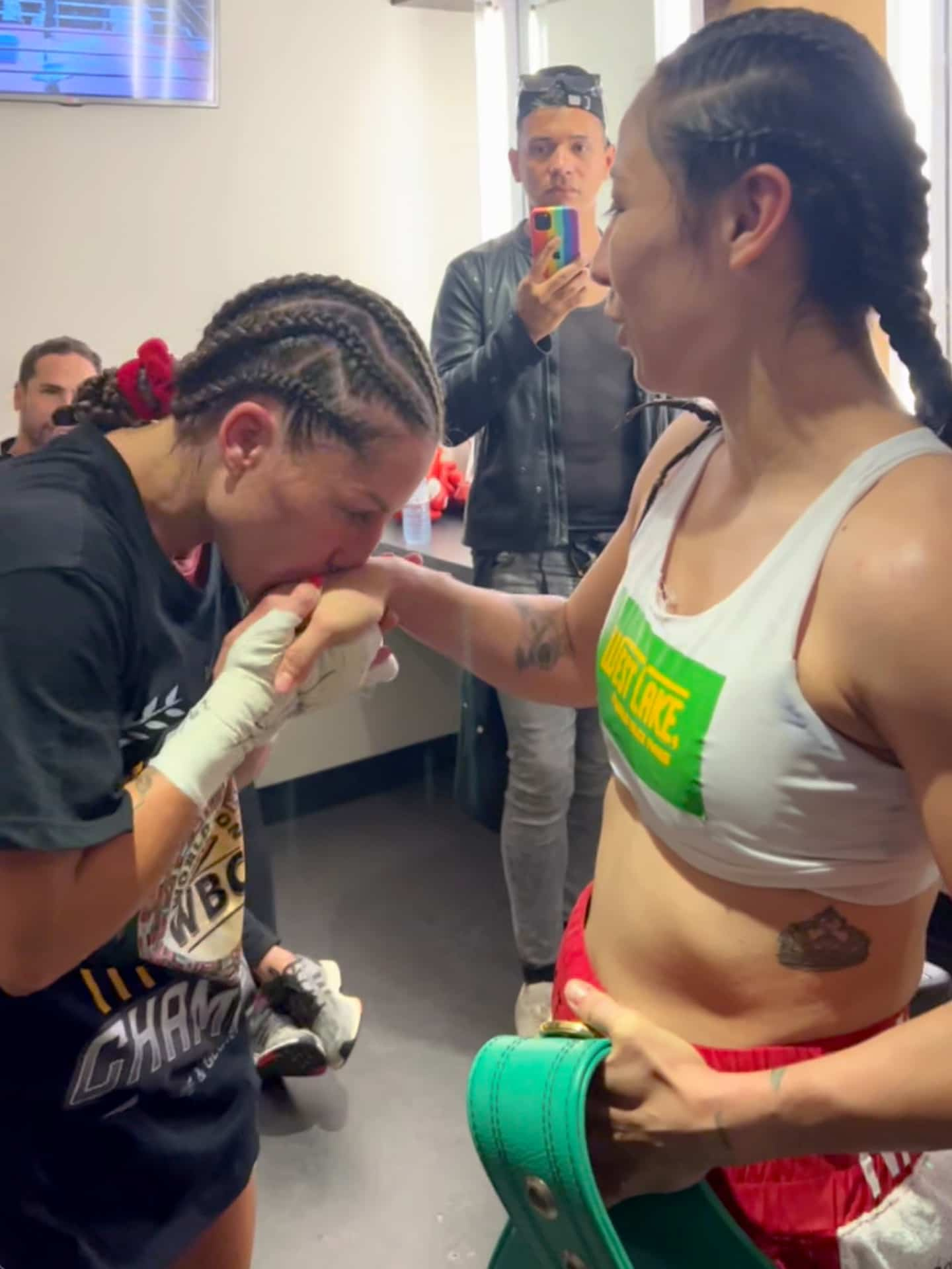 The scene was so beautiful that Orlando had tears in his eyes as he translated it for me. After the fight, when everything was over, Kim Clavel headed to the locker room of Yesenia Gomez, the former world champion she had just dethroned.

Kim was going to give Yesenia back her WBC belt while waiting to receive a new one from the world federation.

She entered the locker room. Yesenia sat, her hands still cold from having soaked them in ice after the fight, her face scarred by Clavel's blows.

Kim, she still had her hands wrapped. She walked towards the Mexican who stood up in respect. Kim took both of her hands and told her that she knew, in her Spanish learned in Puerto Rico and the Dominican Republic, that it hadn't been easy, that she had worked hard, and above all, that she hitting very hard: "But you are very fast," Miss Gomez replied with a smile.

"The show's over, we can be friends," Clavel continued.

"You may know you have a friend in Mexico," Yesenia replied holding Kim's in both hands.

Before heading to the former champion's coach, Kim kissed her hand and gave her a friendly smile...

Somewhere in France where I had sent him the video to translate it for me, my friend the producer Orlando Arriagada, a tall, very sensitive Chilean, had the motto: "It's a very moving scene", he said. abstract.

How can you not love boxing?

STILL ON ITS CLOUD

Kim Clavel had a brilliant voice when we spoke yesterday.

"I'm still on my cloud. Today, [yesterday] is a frankly crazy media day. But I want to live it fully. World champion is the culmination of so much effort. And then, I won against a real champion. Yesenia Gomez never gave up, she hit hard,” said Kim Clavel.

And then, she won in Montreal in front of her world. His parents were present, and several of his fellow nurses from the Joliette hospital.

We remember that during the pandemic, Kim returned to the hospital to lend a hand to the overworked staff.

It was with all these good people that she shared her moment of glory after the fight.

Especially since she has already received an invitation to attend ringside on September 10 in London at a unification fight between Claressa Shields and Savannah Marshall. A big deal. Very big even.

“I've never been to London. I'm going to enjoy it,” she said.

And you want to know what she did on Sunday morning when she woke up after her triumph? She called her coach Danielle Bouchard to tell her that she wanted to do some shadow boxing.

She ended up at the gym.

It is rare that Camille Estephan and Yvon Michel are in agreement. Kim Clavel has achieved the feat.

"Kim's win is good for women's boxing, but more importantly it's good for all of boxing. It was a good fight and people love Kim Clavel. It's good for Mary Spencer and Leïla Beaudoin, but it's bigger than that. Look at how people embarked on victory in a stage [of the Tour de France] of our Quebec cyclist, ”underlined Estephan after Clavel’s victory.

“This is a big step for women's boxing. Kim is going to be an international star. And that's good for all of Quebec boxing. People will distinguish between men's boxing and women's boxing as we have learned to do with tennis and golf. It's a very important victory, "explains Yvon Michel, who finds himself with three world champions.

Perhaps the happiest of all was Danielle Bouchard.

“I had been chasing my dream for years. Become the coach of a world champion. I had a first dream of participating in the Olympics. As a boxer, I didn't have the opportunity, but I was with Ariane Fortin in Rio de Janeiro in 2016 to live my first dream. This time, I get up in the morning and I can tell myself that I trained a world champion. I didn't execute the moves, I didn't give or take the punches, but I guided Kim Clavel through his progress. I taught her what I knew and she worked hard and devoutly to put everything in place whatever it took. I'm immensely proud," said Danielle Bouchard.

Besides, she has already received a nice collection of emails from her classmates at school.

Danielle holds her 4th grade class and enjoys two full-time careers. That of coach and that of teacher. But she comes from Jonquière, which explains everything...

And Stephan Larouche is her spouse and her cutman is Pierre "Pedro" Bouchard, her little brother.

There are dinners where it must talk a little about boxing around the table... 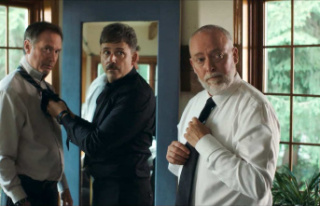