Papal visit: apologies to the Aboriginals “for the evil committed”

Pope Francis on Monday personally apologized to Indigenous peoples "for the harm" caused for decades in the Canadian residential school system, a "devastating mistake" he said. 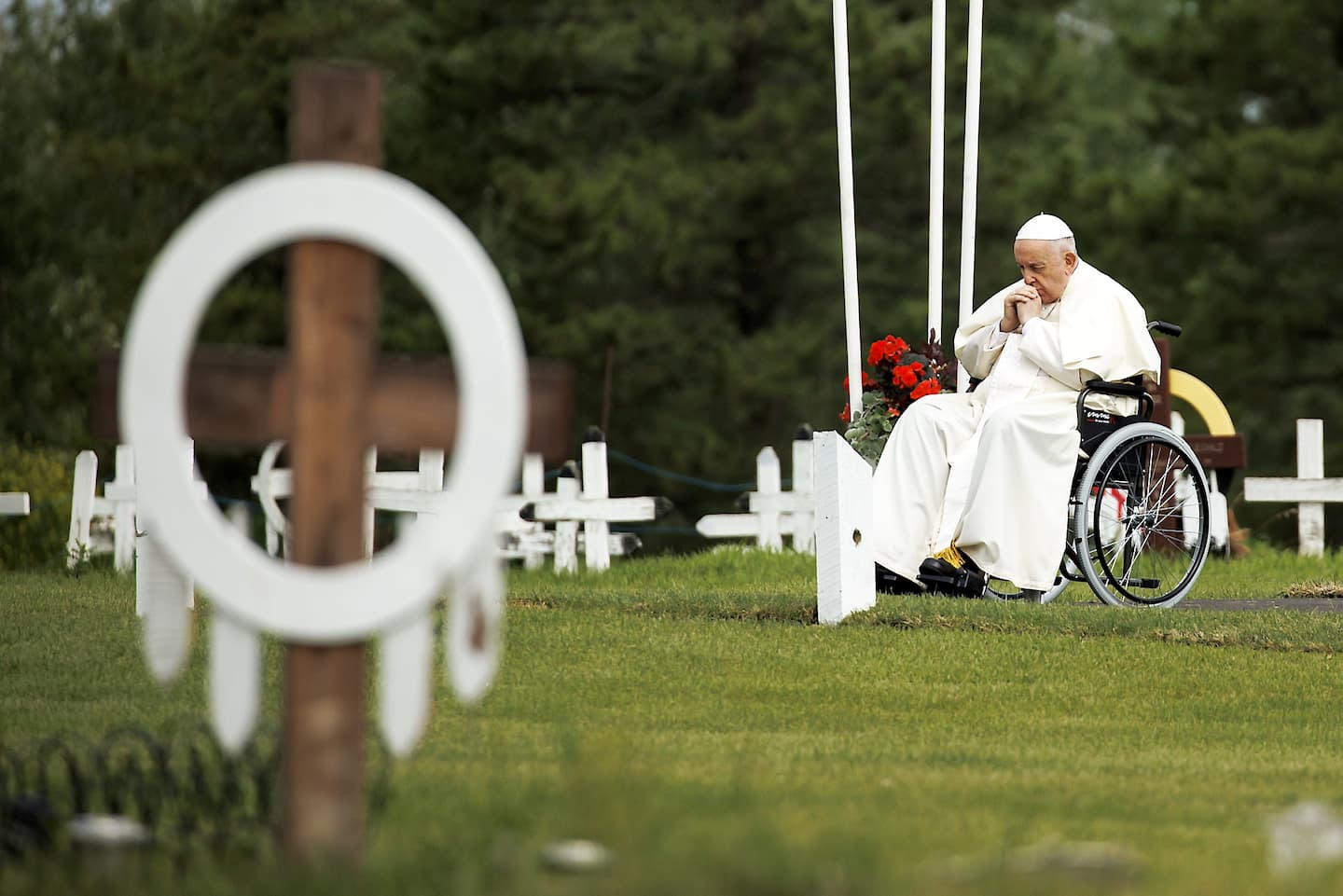 Pope Francis on Monday personally apologized to Indigenous peoples "for the harm" caused for decades in the Canadian residential school system, a "devastating mistake" he said.

• Read also: Necessary apologies in the eyes of indigenous leaders

The pontiff spoke these much-awaited words on day two of his Canadian visit, to the site of the former Ermineskin boarding school, about 100 kilometers south of Edmonton, Alberta.

“The policies of assimilation have ended up systematically marginalizing indigenous peoples […] Your languages ​​and your cultures have been denigrated and suppressed”, he regretted.

"Children suffered physical and verbal, psychological and spiritual abuse," he said, saying he was "distressed" and referring to a "devastating error" to be shared with the governments of the time.

"With shame and clarity [...] I humbly ask forgiveness for the evil committed by many Christians against indigenous peoples," the Holy Father said in Spanish.

Pope Francis has thus become the first head of the Catholic Church to recognize these painful facts and to convey his apologies directly to the survivors and their families, within their territory.

A few thousand people, many of whom had experienced the violence of the residential schools, had come to hear him, under a fine rain and in an atmosphere heavy with emotions.

In April, he delivered his first apologies and began the process of reconciliation, in the presence of indigenous delegations received at the Vatican.

These words resonated as far as Sainte-Anne-de-Beaupré, near Quebec, where several members of indigenous communities are already waiting for the pope to pass on Thursday.

“To hear him talk about reconciliation, about healing, it touched me a lot,” Chantale Awashish, a residential school survivor from Obedjiwan, told the Journal.

“He named things, he clearly recognized what happened in residential schools and he asked for our forgiveness. And he repeated it more than once, it was important to me,” she says.

For the Chief of the Assembly of First Nations Quebec-Labrador, Ghislain Picard, this apology represents an "important step", but it will be up to the survivors to measure the real scope.

According to Gilles Routhier, full professor of the Faculty of Theology and Religious Studies at Laval University, this first address by the pope during his Canadian “penitential pilgrimage” probably met the high expectations he faced.

"He did not stay on the surface [...] He spoke at length about the pains, sorrows and wounds," he noted.

– With the collaboration of Pierre-Paul Biron, Jean-Luc Lavallée, AFP and Vatican News

Some 65,000 people are expected Tuesday for an outdoor mass at Commonwealth Stadium in Edmonton. The pope will then land in Quebec on Wednesday.

It was the least we could do for the Pope to show up here in Canada and apologize. I also hope that it will be repeated at the other places he will frequent during his trip. »

– Dr. Stanley Vollant, Innu surgeon and founder of the Puamun Meshkenu organization, whose mother was a resident

“For us, what is important is that the truth, that light be shed on all the actions of the Church, in particular on the Indian residential schools. »

“These are words that all survivors without exception deserve to hear. It is part of a collective but also individual healing process. »

— Ghislain Picard, Chief of the Assembly of First Nations Quebec-Labrador

“Reconciliation is the business of all Canadians. It is up to us to be open, to listen and to share. [...] No one should forget what happened in residential schools in Canada, and we must all ensure that it never happens again. »

1 The causes of Pascal and Jason Martel still postponed 2 Abitibi-Témiscamingue: a man in his twenties is missing 3 Several relevant issues raised by supporters 4 NBA: A game in Montreal in October 5 Tour de France: The experience of a lifetime for Hugo... 6 NHL: William Lagesson goes to Carolina 7 Fans and players come together 8 Dua Lipa galvanise sound fans 9 Millions in cheese by-products thrown away 10 Air France misplaces 75% of their luggage and tries... 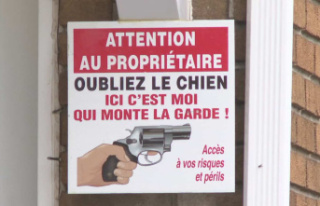 The causes of Pascal and Jason Martel still postponed