An end-of-school atmosphere reigned in the National Assembly on Friday. 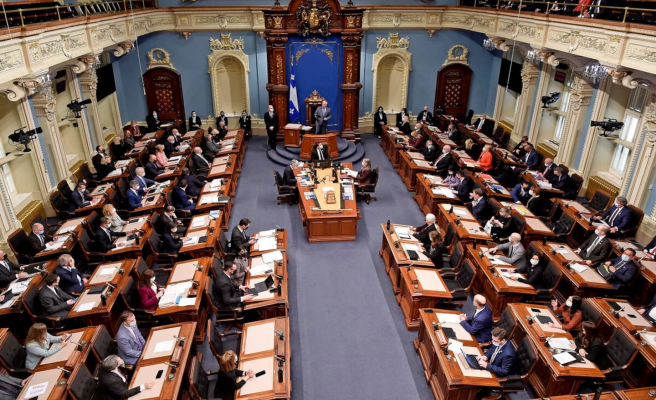 An end-of-school atmosphere reigned in the National Assembly on Friday. The emotion was at its height among the deputies who announced their bow, while their leaders were preparing their weapons for the electoral campaign.

• To read also: The “green plants” deputies have done little work for two years, according to Claire Samson

“On October 3, Quebecers will have a choice between a party – which is the CAQ – of arrogance, division and a party that wants to bring all Quebecers together,” launched Liberal leader Dominique Anglade, drawing up a balance sheet on the last day of the current legislature.

Ms. Anglade was not the only one to plan for next fall when analyzing the four years of the Legault government. "The campaign is about to begin, I am not in a position to reveal our entire electoral platform to you this morning, but I can already give you a first [promise], François Legault will not have an easy summer", declared the parliamentary leader of Québec solidaire, Gabriel Nadeau-Dubois.

The PQ leader, Paul St-Pierre Plamondon, also showed enthusiasm, despite the poor score of his training in the polls. “I think we are in a position to surprise and nothing is settled,” he assured.

In the PQ as in the PLQ, many deputies in office for several years have already announced that they will not be in the ranks next fall.

Some, like ex-minister Carlos Leitao, displayed a mischievous attitude, while others struggled to hold back their tears.

“Yes, my heart is heavy. I think I still gave a lot,” said Liberal MP and former minister Christine St-Pierre, elected for the first time in 2007. “I did that number of years, 15 , then we need a renewal, we need new blood, we need new faces, we need new ideas”, she added.

A few minutes earlier, Ms. St-Pierre had offered a heartfelt hug to her PQ opponent Véronique Hivon, who is also leaving, demonstrating that relations between elected officials can often go beyond partisan lines.

Surprisingly, the assembled Liberals sang the Canadian national anthem, in a bilingual version, as they gathered in caucus shortly after their press conference.

O Canada was sung with such enthusiasm that the chorus of MPs went beyond the walls to the journalists gathered a few meters away for the Québec solidaire press briefing.

The Canadian national anthem was followed by People of the country, insists those around Ms. Anglade.

1 Work of deputies: Éric Lefebvre is “very disappointed”... 2 COVID test requirement lifted for international travelers... 3 Towards a million kilometers at the Grand Défi Pierre... 4 Andrei Vasilevskiy took the bull by the horns 5 "5 guys for me": candidates wanted 6 Flight MH17 crash: "Acquit me", asks one... 7 Sexual assault on a student: a dance teacher is arrested 8 COVID-19: Quebec has 1,001 hospitalizations 9 Macron in Romania and Moldova next week, visit to... 10 The number of monkey pox cases in the country could... 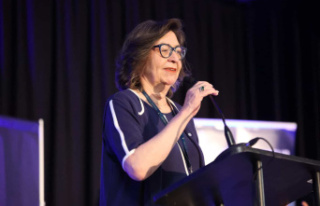