While Ottawa refuses to say how many of the 600 employees hired to reinforce the passport offices are on duty, teachers, educators and factory workers have to take time off work to do the crane footing. 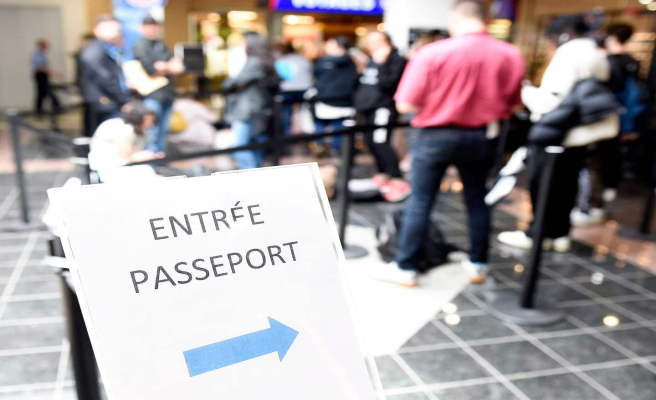 While Ottawa refuses to say how many of the 600 employees hired to reinforce the passport offices are on duty, teachers, educators and factory workers have to take time off work to do the crane footing.

• Read also: Long lines to expect this summer at Montréal-Trudeau

"We asked for leave," sighs Julie Audette, childcare educator, met at the passport office of the Fairview Shopping Center in Pointe-Claire yesterday.

"I'm losing $140 today because I can't go to work. We arrived at 5:15 in the morning. There were already about fifty people there, ”adds his daughter Coralie Vézina, 19, a dispatcher in a factory.

“I lost personal leave doing this instead of enjoying it with my granddaughter,” denounces Tristan Naud, physical education teacher.

Yesterday, during the passage of the Journal at the passport office of the Fairview Shopping Center in Pointe-Claire, people had lined up their chairs to queue in a large dusty room adjacent to the entrance to the passport kiosk.

280 kilometers away, at the passport office of Place de la Cité, in Quebec, history was repeating itself.

After a return trip from Trois-Rivières to Quebec for nothing on Tuesday, Pascale Chamberland and her son did not want to take any risks. Yesterday, they had posted themselves before dawn, at 5:30 a.m., at the Place de la Cité passport office where there were already around forty people in the queue.

Equipped with blankets and camping chairs, they waited until 2 p.m.

"It's a bit of a serious mess," lamented the mother.

At the end of the line, Amélie Lessard, pregnant, was waiting standing. "I expected there to be a wait, but I didn't think it was overflowing like that," she said.

"It's demoralizing. I wanted to leave next week. This is the third time that I have come here, ”added Jérôme Brown, a stone's throw away.

“It’s such a haywire organization. It's incredible ! fumed Charles Côté, who was accompanying his daughter. “From 8:15 a.m. to 2 p.m., she advanced 50 feet,” he lamented.

In recent days, Employment and Social Development Canada (ESDC) was unable to tell the Journal how many of the 600 announced new passport office workers were in place.

“I understand that there are people who face deadlines. We are doing everything we can to try to speed up the process because, yes, Canadians want to travel, we want to welcome people here, ”he said.

To achieve this, Service Canada wants to recruit 600 more employees and reassign up to 600 to the delivery of passport services.

1 The $ 30 million loan to an Airbnb king denounced 2 Quebec invests $30 million in a new private fund 3 Airbnbs at $2,000 a night instead of accommodations 4 How to depend less on your car 5 Long lines to expect this summer at Montréal-Trudeau 6 Business takeovers: the Fonds FTQ fights every day... 7 The invasion of Ukraine benefits crooks 8 Treatment for a rare disease: another victory for... 9 Justice: it slams the door in large numbers 10 The police officer who rescued a stabbed dog adopted... 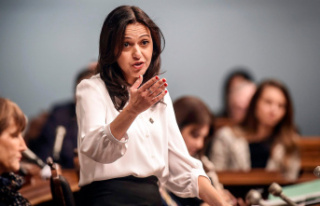 The $ 30 million loan to an Airbnb king denounced