Patrick Roy: touched that his cry from the heart was heard

Patrick Roy was touched to see that his cry from the heart to the fans had been heard before the start of the series against the Cataractes and that some 14,500 spectators were present in the stands of the Videotron Center for what ultimately turned out to be the final game of the season, last Wednesday. 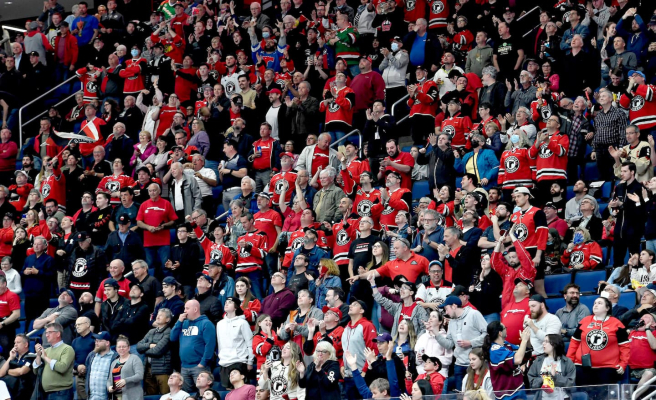 Patrick Roy was touched to see that his cry from the heart to the fans had been heard before the start of the series against the Cataractes and that some 14,500 spectators were present in the stands of the Videotron Center for what ultimately turned out to be the final game of the season, last Wednesday.

• To read also: Future at the Remparts: Patrick Roy still in reflection

However, there is still work to be done to bring the fans back to the arena for good, believes team president Jacques Tanguay.

“I think people have a lot of respect for me, as I have a lot for them, pointed out the general manager and head coach of the Remparts. I don't remember making such a request to supporters in the past. »

Roy mentioned during the press conference that one of the Remparts' philosophies was to inspire fans to come and see them play and to offer a show they could savor.

But despite the excellent performance of the Red Devils during the regular season, which they finished first in the general classification, there were an average of 8,141 spectators at the Videotron Center for the club's four playoff games before Roy's exit in this subject.

"I think our players deserved me to come out publicly and politely ask people to come cheer them on," Roy added. The Remparts were a highlight in my life and I think that it is still today in the lives of young hockey players.

“The reaction from the public warmed my heart and I am proud that we are a hockey city,” he also mentioned.

The pandemic has harmed

To explain the declining attendance, Mr. Tanguay for his part recalled that the last two years have been difficult for hockey fans, due to the pandemic.

“We played in front of empty stands, then in front of 500 spectators, pointed out the president. They have been deprived of continuity. During this time, people found other hobbies. Starting the wheel again after two years remained a challenge. »

And to restart this wheel, “you have to offer the fans a show and above all not spoil it in the last minutes”, he continued, throwing at the same time a point at the work of the referees in the last game against the Cataractes.

Mr. Tanguay also says that he wishes to receive the supporters “in a professional manner”.

“We will have to improve the way we enter the amphitheater, he noted. Me, seeing people arriving when there are six minutes left in the first half, I can't stand that.

“And the pandemic has brought personnel problems everywhere, but it has to stop being an excuse, he added. I was not happy to see food concessions closed when there are 14,000 people in the amphitheater, and neither was the management of the Videotron Center. »

1 Direction the worlds for Mia Vallée 2 Drunk driver reinvents parallel parking 3 Snowboard cross: the World Cup is finally coming home 4 Azerbaijan Grand Prix: Pérez for the pass of ...... 5 The Alliance cannot defeat the defending champions 6 The big star of the match: the crowd 7 A trilogy of Symphonic Harmonium in Montreal 8 The summer of celebrations for Just for Laughs 9 Passports: forced to miss work 10 The $ 30 million loan to an Airbnb king denounced 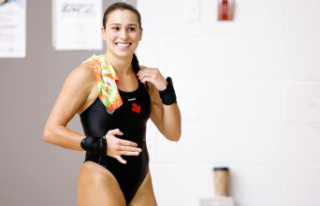 Direction the worlds for Mia Vallée