The Philippines has denounced the "illegal" presence of more than 100 Chinese ships near a disputed reef in the South China Sea, the government said, amid tension between the two countries over the area. 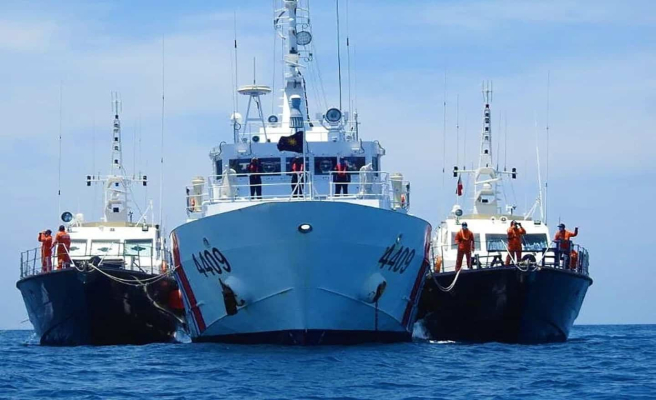 The Philippines has denounced the "illegal" presence of more than 100 Chinese ships near a disputed reef in the South China Sea, the government said, amid tension between the two countries over the area. .

The Philippine Foreign Ministry said the boats were spotted in April near the Whitsun Reef, some 320 km west of the island of Palawan.

However, he waited until Thursday to reveal that he had filed a formal complaint with the Chinese Embassy in Manila.

The two countries have had a dispute over the South China Sea for years.

Beijing claims most of it, ignoring a ruling by an international tribunal that in 2016 found its historical claims groundless.

This incursion comes “nearly a year after a similar incident against which the Philippine government had risen”.

"The persistent and unauthorized presence of Chinese fishing vessels and boats is not only illegal, but also a source of instability in the region," according to a statement from the Foreign Ministry released Thursday evening.

"The Philippines calls on China to abide by its obligations under international law, cease and desist any illegal and irresponsible behavior, avoid any further escalation of tensions at sea, and immediately withdraw all its vessels Philippine maritime areas,” he added.

Foreign Ministry officials declined to clarify whether the ships are still present in this area.

Asked by AFP, the Chinese embassy in Manila declined to comment.

Last year, 210 Chinese ships were stationed near the Whitsun Reef for several weeks starting in March, according to the Philippine ministry.

Beijing claimed it was just fishing boats taking shelter from the weather, but Manila dismissed that explanation, saying there were no storms during the relevant period.

The Philippines said it had filed more than 300 diplomatic complaints about Chinese activities over the past six years.

1 Montreal: the Pie-IX bridge closed during weekends... 2 Montreal: a 34-year-old man is missing 3 [LIVE] 107th day of war in Ukraine: here are all the... 4 “Blood, sweat and tears”: never-before-seen footage... 5 After 30 years of crime, the trial of the "rapist... 6 Two cases of swine fever in Rome: a thousand pigs... 7 Shanghai will partly reconfine itself for a major... 8 Johnny Depp's lawyer calls romance rumors 'sexist' 9 The pope, suffering from the knee, postpones several... 10 Finland wants to build fences on its border with Russia 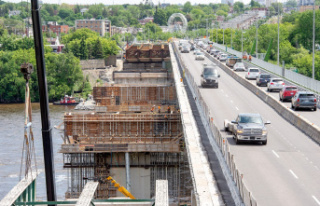