Only the clicking of the keys breaks the silence that reigns in the office of James Cook, who produces drawings with disconcerting precision. 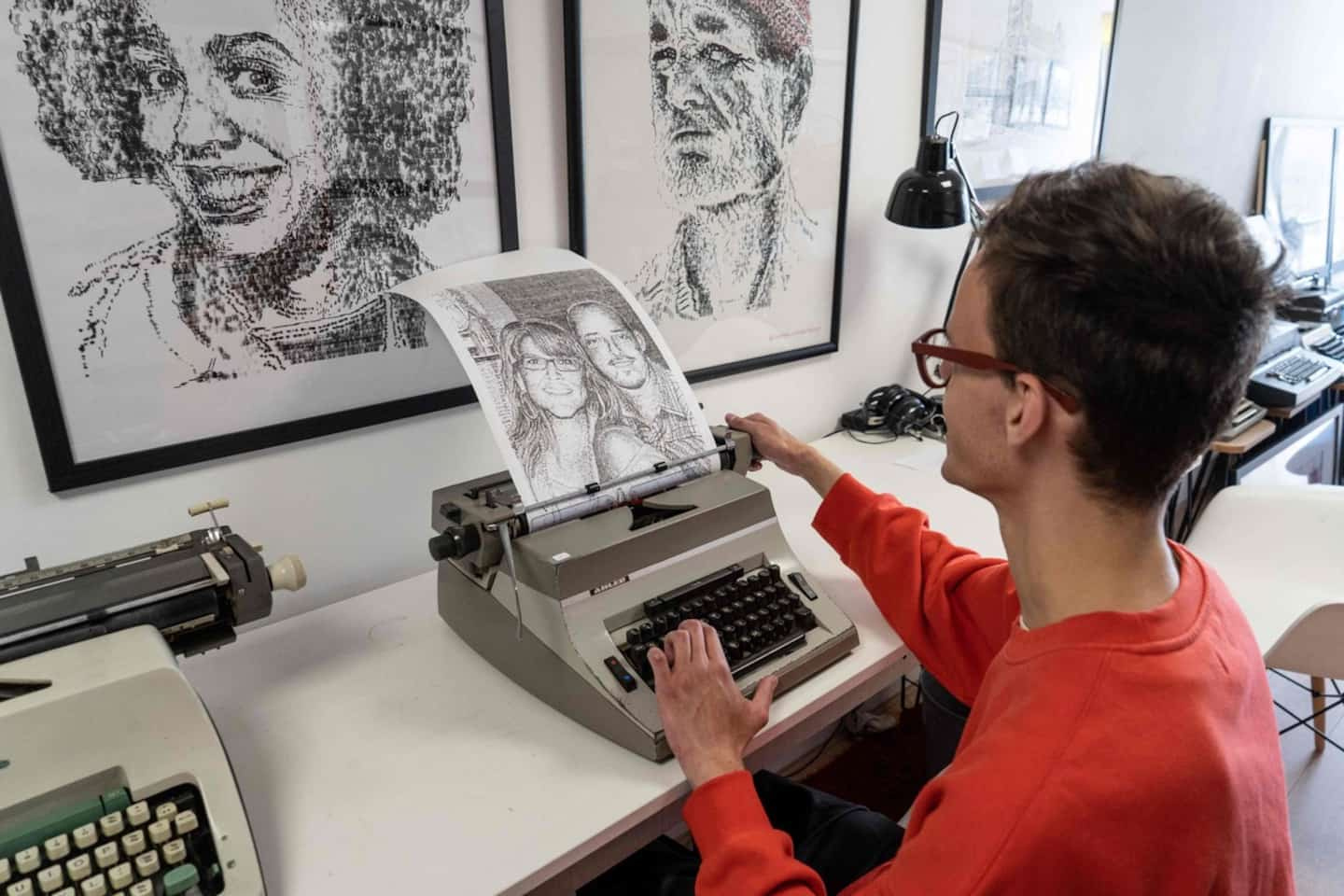 Only the clicking of the keys breaks the silence that reigns in the office of James Cook, who produces drawings with disconcerting precision... with his typewriter.

From American actor Tom Hanks to the London Eye, the famous Ferris wheel in the British capital, 25-year-old James Cook composes veritable works of art using letters and symbols from his device.

The young man began drawing this way in 2014, after discovering in high school the works of an artist from the 1920s who used a similar process.

He then decides to try for himself what seems "impossible" to him.

"It was just out of curiosity that I decided to go buy my own typewriter," he told AFP from his London studio.

“Since then, I have gradually learned to draw,” he adds.

At first, the young artist reproduced buildings, which he believed were easier to draw because of the straight lines and the left-to-right movement of the machine.

"I couldn't draw faces before I started writing a typewriter," he says. “In fact, I probably draw faces better now with a typewriter than if I had a pencil”, smiles the one who now studies architecture.

Building on his success on social media with his 20,000 followers on Instagram, he continues to draw and gives a second life to typewriters given to him by some fans.

James Cook can draw anywhere, in the shadow of the London Eye or on the banks of the Thames next to the British Parliament. Under a big blue sky, he draws that day using the "@" sign, numbers or the letters "W" and "P".

For the portraits, he uses parentheses to reproduce the shape of the eyes while for the skin, he uses the at sign which “covers a large surface”.

As he meticulously types on his machine, he quickly catches the attention of onlookers.

“Before the invention of Microsoft Word and all the rest, this is what we used to write letters”, reacts impressed David Asante, computer engineer in a hospital. “That he is able to turn this into a work of art is impressive. »

James Cook can take four to five days to draw small illustrations, but portraits are even more tedious, explains the young man who finds it "really satisfying" to work from a "limiting" tool.

And “it never gets easier,” he says. "It's always a challenge. »

The artist will exhibit his works this summer in England and hopes to enter the "Guinness World Record" for the largest typewriter drawing. 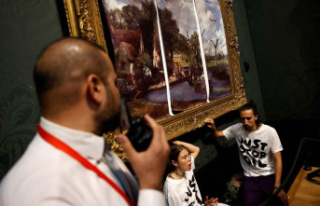