Galyna Tchorna sobs as she recounts the Russian strike that wiped out the apartments above hers, shattering her windows, her door and the fragile sense of security she still clung to. 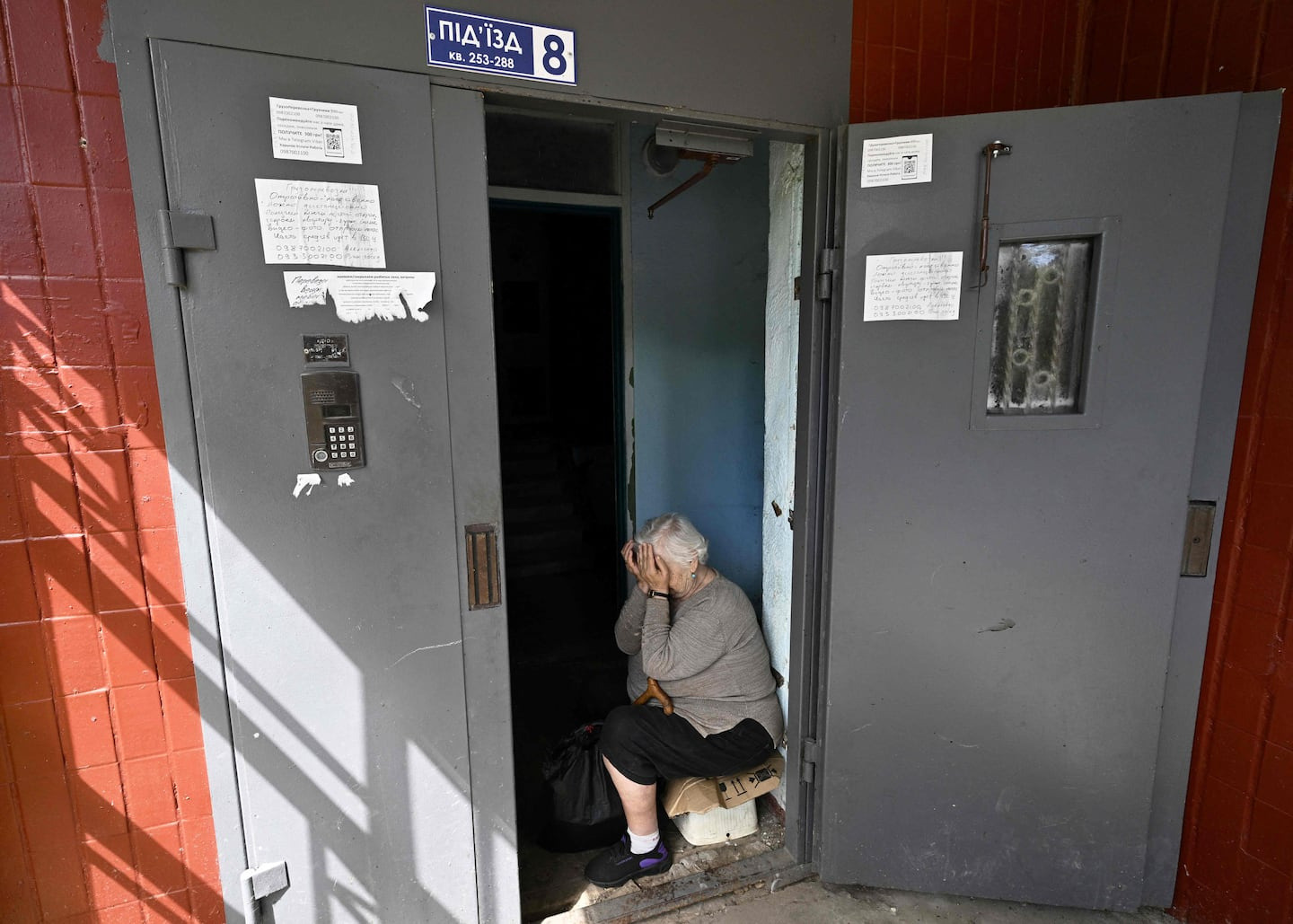 Galyna Tchorna sobs as she recounts the Russian strike that wiped out the apartments above hers, shattering her windows, her door and the fragile sense of security she still clung to.

The 75-year-old woman is the only resident left in her nine-story apartment building in Saltivka, a district of Kharkiv in eastern Ukraine that has been bombarded relentlessly since the Russian invasion began in February.

“I'm so scared because I'm alone here, I'm really alone. I had a daughter, but she died a year ago from drinking too much,” she says, shivering despite the heat.

“So now I'm just sitting here on this bucket. When a missile arrives, I fall to the ground, on my stomach. Maybe that's why I'm still alive."

Saltivka was once a prosperous district of Kharkiv, built in the 1960s as a “bedroom town” for Soviet workers and home to more than half a million people.

Much of the neighborhood is now in ruins.

Early spring was so cold that Galyna Tchorna's fingernails turned black from frostbite.

Running water was cut off for the first six weeks of the war, and electricity was only restored last month. The gas came back this week.

In the streets, burnt buildings with broken windows and facades pierced with gaping holes testify to the violence of the bombardments.

Many buildings are gutted and seem on the verge of collapsing. Cars whose roofs have been pierced by rubble rust in the streets. No place seems safe anymore.

According to Amnesty International and Human Rights Watch, many attacks were carried out using banned cluster bombs, accusations the Kremlin has denied.

In some areas of the neighborhood, grass has grown up to waist height. Most of the children having left, the cherries have not been picked and litter the sidewalks dug with craters.

The inhabitants still present survive thanks to government aid of less than 100 euros per month and cooked meals delivered by the police and charities.

Some of Galyna Tchorna's neighbors have taken refuge in a school, where the dim glow of bare light bulbs reveals grimy floors.

Beds were made from school desks, chairs and other wooden pallets. A makeshift kitchen has been set up where pots of soup are heated.

Antonina Mykolayeva, 71, moved into this shelter with her husband and around 40 other people when the war broke out, but her husband died of heart failure a month later.

Their son, a former soldier in the Soviet army, was killed long ago when he was 21. Antonina Mykolayeva could not bury her husband at her side because the cemetery was pulverized by shellfire.

"When I heard explosions, I was afraid the building would fall on us," she said.

According to Oleg Sinegubov, the governor of the Kharkiv region, the Saltivka district was “almost completely destroyed”.

He told AFP that the most important task is to restore heating before the onset of winter, when temperatures will average -7°C at night.

"But the damage to the buildings will not allow them to be rebuilt as they were before," he admits.

Volodymyr Manjossov, a 57-year-old plumber, is part of the city's technical services, responsible for replacing the bombed pipes.

He has sent his wife and two children to relatively safer western Ukraine and lives alone in Saltivka with four other people in a 15-story building.

"The hardest time was March, because it was cold and there were about 70 bombs a day here," he recalls.

But he remains hopeful of a better future, with the return of public transport and the reopening of some businesses in his neighborhood.

“I live on the ground floor, so even if the building is affected, everything will be fine,” he smiles. "I have a bottle of water and a torch by the bed in case I end up under the rubble."

1 Montreal: Molotov cocktail thrown at a downtown building 2 Montérégie: fatal collision between a vehicle and... 3 Known Ukrainian grain entrepreneur killed in strike... 4 F1: Max Verstappen dominant and Hongrie 5 Gatineau: a septuagenarian missing since Saturday 6 [MUST SEE] A cyclist flies into the stands and injures... 7 A fossil would confirm the existence of the Loch Ness... 8 Fight against systemic racism: few employers respect... 9 PCQ: Éric Duhaime opens his campaign office in Quebec 10 The Alouettes confirm the arrival of Pier-Olivier... 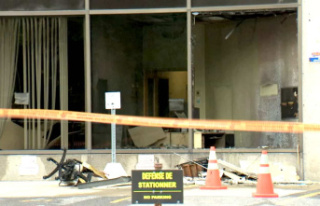