[PHOTOS] In Japan, a "baby box" to abandon your child disputed

KUMAMOTO | When an alarm sounds at Jikei Hospital in southwestern Japan, nurses race down a spiral staircase to collect abandoned infants as quickly as possible in the establishment's "baby box", the only one in existence. 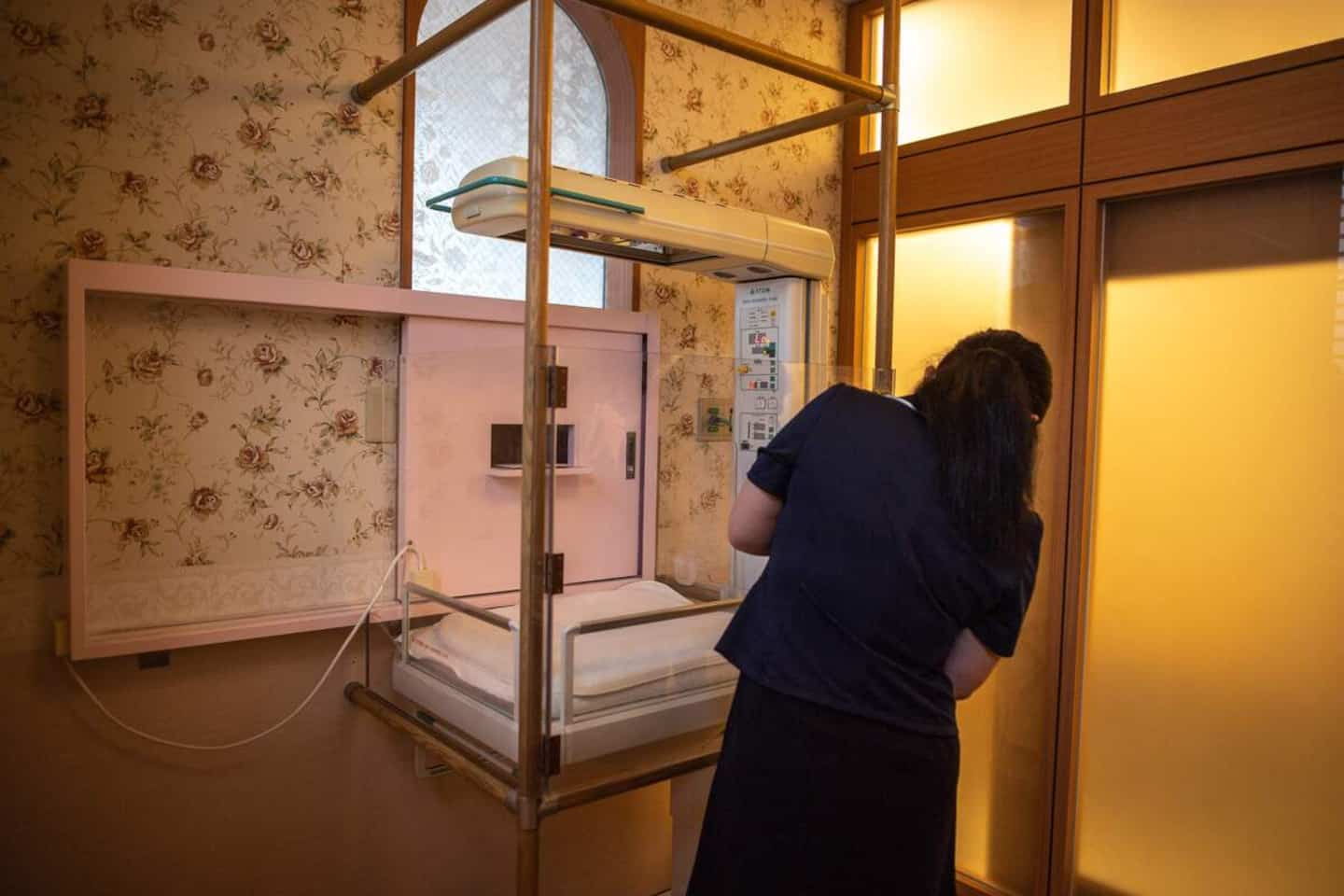 KUMAMOTO | When an alarm sounds at Jikei Hospital in southwestern Japan, nurses race down a spiral staircase to collect abandoned infants as quickly as possible in the establishment's "baby box", the only one in existence. the country.

This Catholic establishment in Kumamoto, on the island of Kyushu, set up this system in 2007 to abandon a baby anonymously, and offers other services such as an X-ray childbirth program, also unique in Japan.

The hospital has drawn criticism for these services, but its chief medical officer, Takeshi Hasuda, sees them as a vital safety net.

"There are women who are ashamed" by having the feeling "of having done something horrible" by getting pregnant "and who are very afraid," he explains to AFP.

"A place like ours, which refuses no one (...) counts a lot" for these young mothers in distress, assures the doctor.

When they hear the alarm, the nurses try to arrive in less than a minute at the baby box, decorated with a pair of storks and provided with a neatly maintained bed.

“If the mothers are still nearby, we offer them to share their story with us,” explains Saori Taminaga, a hospital employee.

The team tries to ensure the good health of the mothers, offering them listening and advice, and encourages them to leave information that will later allow the child to know his or her origins.

Nobody to turn to

Baby boxes have existed all over the world for centuries, and continue today in Germany, Belgium, South Korea or the United States.

They no longer exist in France, however, where they were once called "towers of abandonment", and their return to other European countries since the early 2000s has been criticized by the UN, saying they will " contrary to the child's right to be known and cared for by his or her parent(s).

Jikei Hospital, however, believes its baby box is a way to prevent child abuse in Japan, where police recorded 27 child abandonments in 2020, and 57 children died of abuse in 2019.

According to Dr. Hasuda, some foster children are "the fruit of prostitution, rape and incest", and whose mothers have no one else to turn to.

A total of 161 babies and young children have been dropped off at Jikei since 2007, sometimes by people from across the country.

But the system remains poorly accepted in Japan, in particular because of a traditional conception of the family, according to Chiaki Shirai, professor at the University of Shizuoka and specialist in questions of reproduction and adoption.

The country uses a family registry system that lists a family's births, deaths, and marriages over generations. This pillar of the administrative apparatus also shapes opinions on family structure.

This has “embedded in Japanese society the idea that whoever gives birth to a child must raise it”, to the point that children are almost considered “property” of parents, says Ms Shirai.

“Children who are abandoned and whose register indicates that they have no family are strongly stigmatized”.

Despite the anonymity the system offers, child protection services usually try to trace the families of children dropped off at Jikei. About 80% of them learned the identity of their family in this way, and 20% found their parents or relatives.

The hospital also offers a telephone helpline for the maternity ward, which receives several thousand calls each year, as well as an X-ray childbirth program, aimed at avoiding home births without assistance.

Although very rarely used so far (two births), this system is not unanimous either, and the government, without declaring it illegal, did not wish to legislate to regularize it either.

Ms. Shirai points out that women who have recourse to the baby box or to childbirth under X are often criticized for not having chosen other options such as abortion, which is legal in Japan but very expensive.

Society often prefers to blame women and "its motivation to sympathize with them or help them seems weak, if not completely non-existent", regrets Dr Hasuda.

1 [PHOTOS] Honey from stingless bees increasingly sought... 2 Sherbrooke: a 16-year-old motorcyclist between life... 3 Chicoutimi: he bites the owner of a bar after being... 4 Victory of the Alouettes in Ottawa: relief and cold... 5 Snatch victory for the Alouettes 6 Festive performances! broadcast live on Facebook 7 SNC-Lavalin: a US$60 million transport contract in... 8 Ukraine: grain export agreement in sight, continued... 9 Sherbrooke: theft of catalysts on 10 buses 10 Russia: an elected official prosecuted for a tweet... 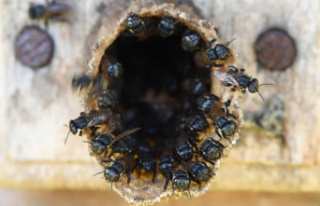