Residents of Pointe-aux-Trembles say they are terrified after being followed or attacked by a coyote on the sidewalk, to the point of walking around with a baseball bat or no longer taking their dog out alone. 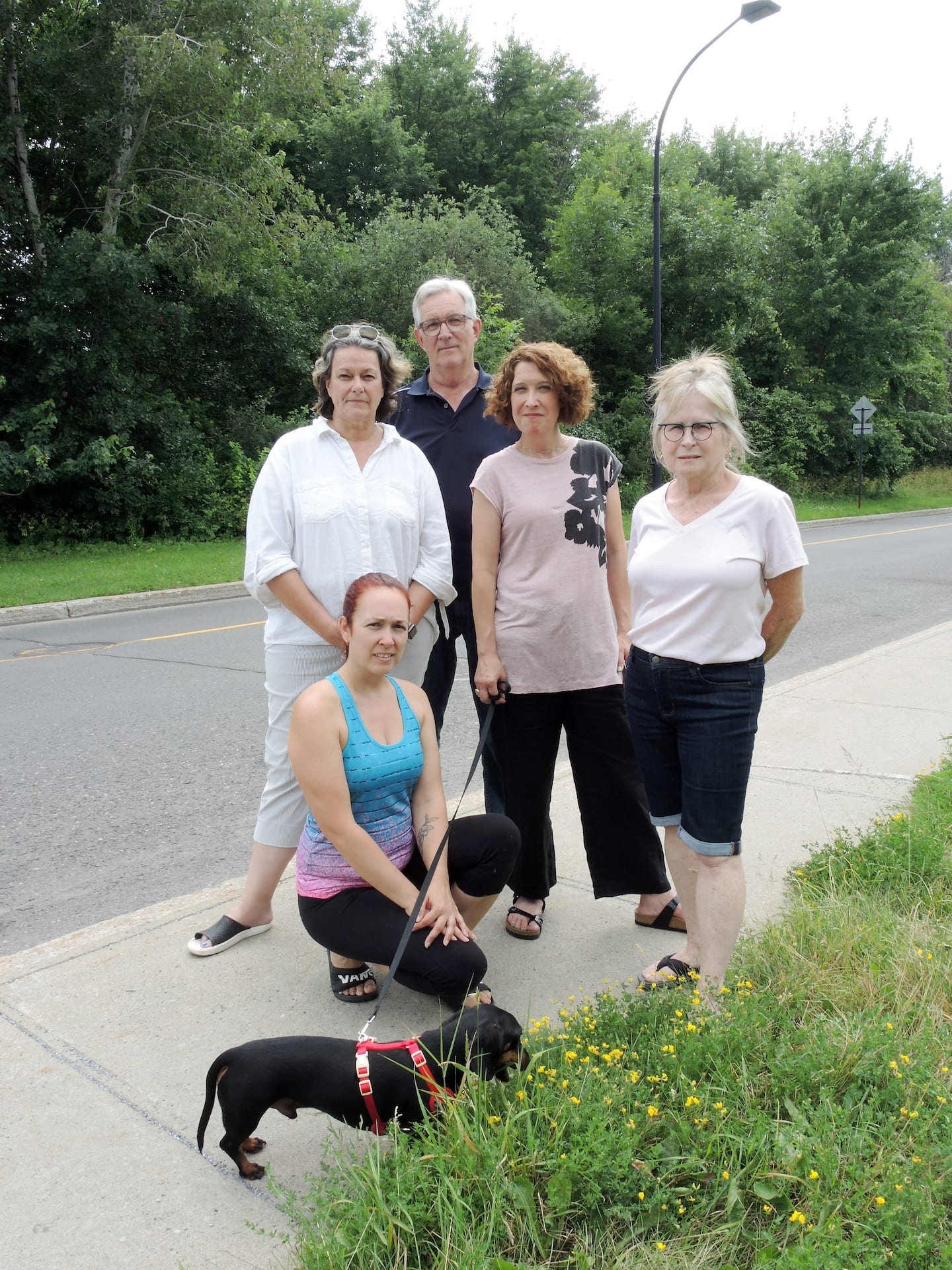 Residents of Pointe-aux-Trembles say they are terrified after being followed or attacked by a coyote on the sidewalk, to the point of walking around with a baseball bat or no longer taking their dog out alone.

Marjolaine Perreault, 52, was quietly walking her dog Roméo near the post office boxes when a coyote tried to bite her last summer.

This spring, the scenario might have happened again if his neighbor had not come out with a whistle and a baseball bat to scare the animal away.

“The neighborhood is terrified, launches the one who lives near the Coulée-Grou park. But we feel that [at the City] they don't take us seriously. »

For a little over a year, residents of this peaceful and wooded area have observed an increase in incidents.

The most dramatic example recorded occurred on May 20, 2021. Carole Bleau, 63, saw a coyote kill her dog Ti-Loup in front of her eyes. She was on her property when the animal appeared out of nowhere grabbed her by the throat and took her away.

"She was screaming, screaming," says Ms. Bleau. The coyote took off with it. He probably ate it somewhere. »

Last May, a petition with more than 90 signatures was filed with the borough to denounce the lack of listening and the “slowness” of municipal officials.

Since then, signs indicating the presence of coyotes and prohibiting access to Coulée-Grou Park have been installed.

Surveillance cameras were placed in May to observe the behavior of the coyotes, the city says. Several door-to-door tours and information meetings have taken place, but nothing concrete has been done to ensure security, the residents questioned are indignant.

For its part, the City says it has received 22 reports since mid-April. Two were classified as “average”.

"The analysis of the data does not show situations currently justifying the capture and euthanasia of an animal", indicates Gabrielle Fontaine-Giroux by email.

learn to live with them

“They absolve themselves of their responsibility. Something is going to happen [serious], that's for sure, ”fears Nathalie Tremblay, 56.

Martine Fourcaudot, 62, can no longer hear the authorities reminding us that we have to live with coyotes. Some residents have been doing this for over 20 years with no problems. But recently, the observed behaviors have changed.

"They try to sell us 'scaring'", that is to say techniques aimed at scaring the animal to make it flee.

However, the residents interviewed are unanimous: these methods no longer work.

"It goes beyond our civic capacity [...] I will not ask my daughter to walk around with a can of marbles [to make noise] when she gets off the bus," exclaims Ms. Fourcaudot.

Carole Bleau had just taken her dog Ti-Loup out to relieve her, near her driveway. She saw him being carried away and killed.

Hurt by being chased

Marjolaine Perreault was walking her dog Roméo during the night when a coyote approached. She tried to throw rocks at him, to no avail. The coyote tried to bite her leg, she says. She took Romeo in her arms and ran. The coyote chased her and she fell. Montreal police have been notified of the incident.

Thanks to the motorist

Sandra Girard was walking her two Dachshund dogs with her daughter. A coyote popped up across the street. “My daughter started screaming,” she says. They retreated about ten meters facing the animal, which continued to advance. It was finally the arrival of a car that scared him away.

Prevented from entering her home

Nathalie Tremblay was driving back around 1 a.m. when she saw a coyote near the front door. She called 911. She was advised to stay in her car while waiting for patrol officers to arrive. She drove with her headlights on for 45 minutes to try to scare the animal away. He finally left before the police arrived.

Neighbor to the rescue

Marjolaine Perreault was walking her dog Roméo on Sherbrooke Street. On the other side, she saw a coyote charging towards her. She hugged Romeo and screamed. His neighbor Donald Leblanc came to help him scare the animal away. “I left afterwards with my baseball bat and my whistle,” he says.

Getting off the bus

Around 10 p.m., Martine Fourcaudot's 18-year-old daughter got off the bus and started walking on the sidewalk. A spiky coyote walked towards her and growled, reports Ms. Foucaudot. She quickened her pace, the coyote too. So she ran home.

▶Between June 2021 and June 2022, the SPVM received 17 calls in connection with one or more coyotes in several neighborhood police stations in the borough.

1 Fifteen Ukrainians recruited by IKEA in Quebec 2 [IN IMAGES] History strikes a pose: here are famous... 3 Stars and their Quebec ancestors: the most beautiful... 4 The Tormented Genius of Tam-tams 5 Don't care about the virus and not live with... 6 A quarter of Quebecers have taken advantage of the... 7 Series on digital platforms: dystopias to reflect... 8 25 years of the Surfacing album: a beneficial break... 9 Shinedown in Quebec: a success that requires hard... 10 Guylaine Tanguay: the art of doing things... Her own... 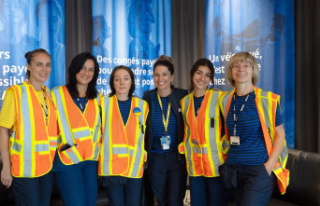