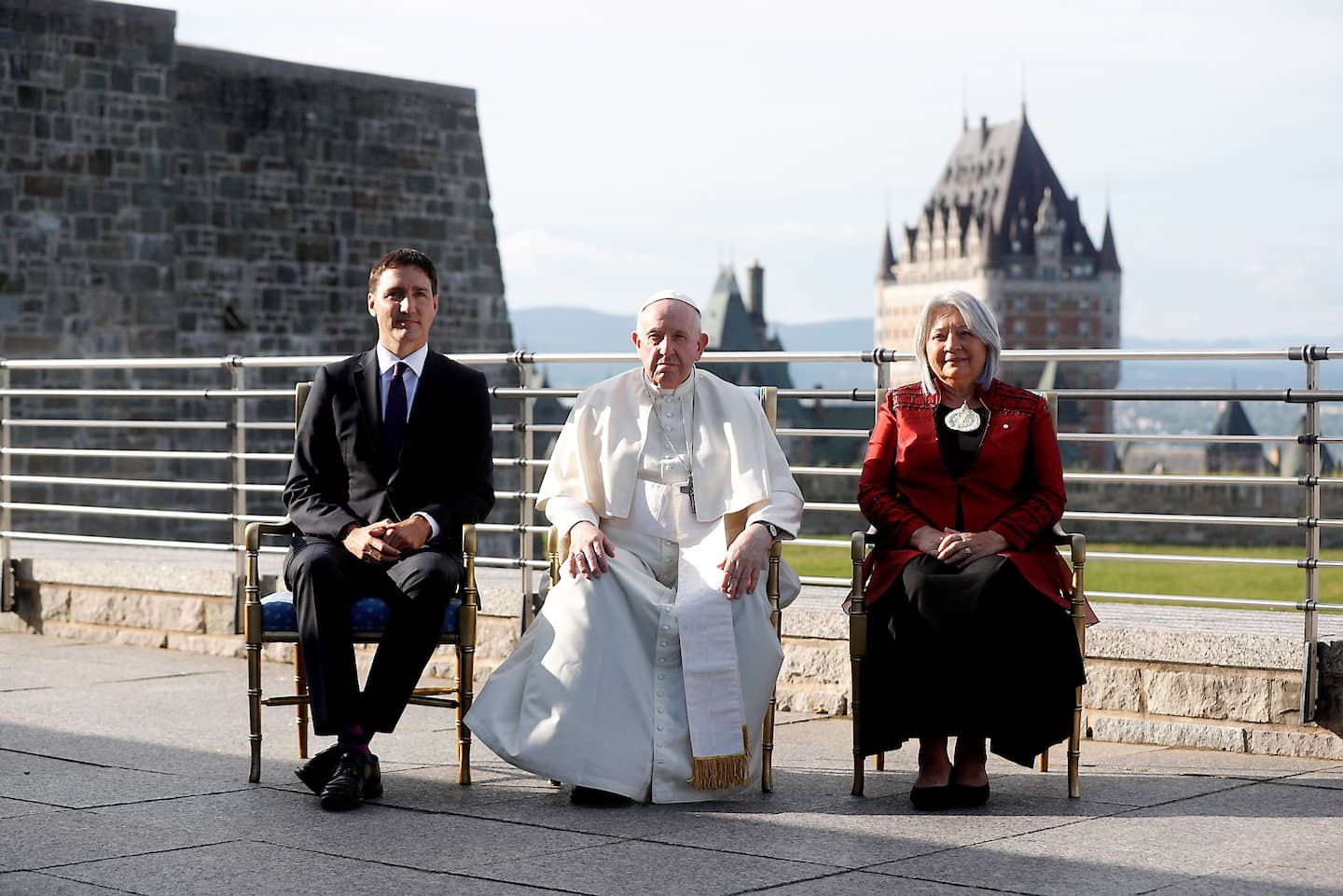 • Read also: Several Aboriginals disappointed with the speech of the Holy Father

• Read also: Faithful moved and delighted to see the Pope on the Plains

• Read also: The Pope in Canada: omnipresent security in Quebec

“This story of pain and contempt, stemming from a colonizing mentality, is not easily healed,” acknowledged the Holy Father during a long speech aimed at reconnecting with the First Nations, Wednesday evening.

After offering similar apologies to Indigenous communities on Monday, in Maskwacis, Alberta, many feared that his visit to Quebec would look like a party.

He also appeared all smiles on his arrival at the Citadelle, when he was received by the Prime Minister of the country Justin Trudeau and the Governor General of Canada, Mary Simon.

But it did not take long for Pope Francis to display a solemn expression, well aware of the reasons that brought him to the Old Capital.

“Our desire is to renew the relationship between the Church and the Indigenous peoples of Canada, a relationship marked both by a love that has borne excellent fruit and, sadly, by wounds that we pledge to understand and heal. care,” he said.

The Holy Father also allowed himself a few asides concerning themes unrelated to the First Nations.

Welcomed by songs and a traditional ritual aimed at fostering dialogue and forgiveness, the sovereign pontiff seemed attentive to the remarks made by indigenous dignitaries.

Not the end of the matter

He also said he wanted to promote indigenous cultures, in all their facets, affirming that the representatives of these peoples “have a lot to teach us”.

For his part, Prime Minister Trudeau recalled that Indigenous peoples have been waiting for an apology since 2015, when the final report of the Truth and Reconciliation Commission was published.

In his speech on Monday, the absence of reference to sexual violence or recognition of a responsibility of the Catholic Church as an institution on the part of the Holy Father was also deplored by certain indigenous personalities.

“Reconciliation is the responsibility of all of us. But asking for forgiveness is not the end of the matter, ”said Mr. Trudeau, addressing in particular Pope Francis.

The Journal spoke with theologian Jean-Guy Nadeau to analyze Pope Francis' Wednesday speech and the reception he received in Quebec.

The Faith of Survivors

Many survivors of residential schools were present on the Plains, despite the horrors they suffered at the clergy.

“Their faith impresses me. With all that they have experienced, they still value the presence of the pope and his words,” observes theologian Jean-Guy Nadeau.

The latter remarks that the regrets of the Holy Father were clearer than those he pronounced in the last days.

“His request for forgiveness seemed to me really addressed to the people who were there rather than to God. »

Pope Francis has repeated it: his visit to Canada is a penitential pilgrimage that seeks reconciliation with Indigenous peoples.

However, the theologian Jean-Guy Nadeau regrets that the sovereign pontiff addressed so many other issues during his speech: the reception of Ukrainians, the importance of the environment, poverty...

“My problem is that he talked about too many other subjects [than the harm done to First Nations]. The environment is cute, but that's not what the Aboriginal people came to hear, "he says.

The rather restrained welcome given to Pope Francis contrasts with that received by John Paul II in 1984.

"John Paul II came in full glory, at 64, while Pope Francis, yes, is loved by people, but is not a star," argues the retired professor.

And the context is totally different, as the Church now recognizes the ravages of the residential schools it operated.

“This time, we are far from the party. The pope talks about difficult things,” says Mr. Nadeau.

1 A fire ravages nearly 1000 hectares in France 2 The Pope in Canada: omnipresent security in Quebec 3 Carrier and Roy cover themselves in gold on mountain... 4 A cooperative from here says niet to Russian fertilizers 5 Fitzgibbon hands out $80 million more 6 Intense scenes on the set of La meute 7 Clearing web data from your mobile browsers speeds... 8 Watch out for hefty bills for data charges while traveling 9 UN Security Council condemns executions in Burma 10 China: Asia's richest woman loses half her fortune 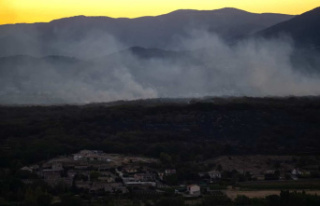