The Journal gathered a very varied range of reactions on the ground Thursday, in Sainte-Anne-de-Beaupré, mainly from members of the First Nations who experienced, each in their own way, the historic visit of Pope Francis. 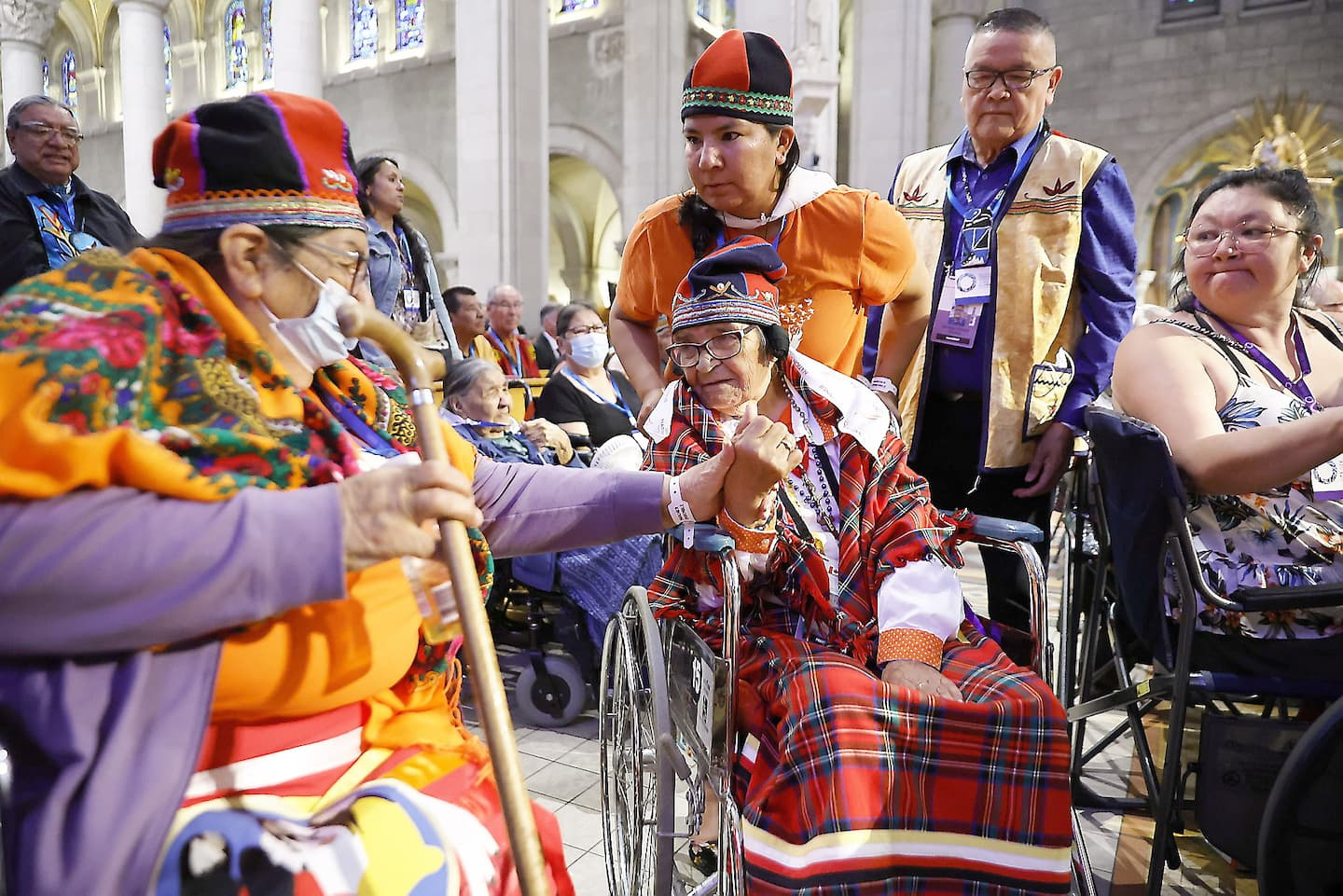 The Journal gathered a very varied range of reactions on the ground Thursday, in Sainte-Anne-de-Beaupré, mainly from members of the First Nations who experienced, each in their own way, the historic visit of Pope Francis. Good humor reigned, but for many, the wounds are still raw and apologies are not enough.

• To read also: Another walkabout for the pope in Sainte-Anne-de-Beaupré

• Read also: Broadcast of the papal mass: young people celebrate on the Plains

For Liliane Awashish, a residential school survivor from Obedjiwan, the presence of the pope before the indigenous peoples represents even more than the words he was able to speak.

“I had no expectations. I welcome what comes, what is there", says the woman who said she was happy to see the pope since she was hospitalized in intensive care not so long ago and had to be operated on for a brain tumor. “Life hangs by a thread, I am proof of that. [...] I prayed to be here and I am here today. It is proof that we receive what we ask for when we believe. »

Torn from her family at the age of 13, Ms Awashish now says she is able to forgive those who broke her and her family. “The presence of the Pope today brings a balm to our souls. It is our soul that has been violated, and it is a step towards forgiveness for me. I always believed in spite of all that. »

The past few days have awakened painful memories, but also sparked “hope” among Indigenous groups, according to Konrad Sioui, former grand chief of the Huron-Wendat nation.

It is now up to the Aboriginals to “write [their] history,” he argued Thursday, shortly before the start of mass in Sainte-Anne-de-Beaupré.

Traveling from New Brunswick with survivors and elders, Allan Polchies, leader of the Wolastoqiyik community of Saint Mary's, asks that the Catholic Church "be held accountable for this dark chapter", in reference to the decades of abuse in native boarding schools. However, the role of the federal government should not be forgotten either “just because the pope is in town”, he says.

According to him, a lot of work remains to be done in the work of reconciliation. “There were 94 calls to action [in the Truth and Reconciliation Commission report] and they have barely been able to fulfill one, in a few years. It is a long process. »

The papal mass attracted many faithful, but also the curious and families who wanted to live "the experience of a lifetime" by having their young children meet the pope. Others wanted to support the Holy Father in his mission of reconciliation.

André Gauvin, a citizen of Quebec, specifies from the outset that he is neither a believer nor a practitioner, when Le Journal wanted to know his impressions of the event.

"It's for the event, it's interesting to see people who gather together," he observes.

Nevertheless, he said he was sensitive to the cause of the indigenous peoples, the main stakeholders of this "penitential pilgrimage".

“The Aboriginal nation is important. I recognize it, ”continues Mr. Gauvin.

Like many people who were present on the Plains on Wednesday, he also said he was very surprised by the very small crowd present at the basilica on Thursday.

Joyce Echaquan's husband, Carol Dubé, told the Journal that he wanted to be present for what he describes as "a big step in his mourning". The man lost his wife in September 2020 at the Joliette hospital after she posted a disturbing video on Facebook where we hear employees insulting her, in particular about her Atikamekw origins.

“It comes to put a balm. I am here to pray for my wife, my children, but also for me. Because it stirs up a lot of emotions. This is another part of my mourning today, ”says the man, adding that he is on the path to forgiveness, as the First Nations must be towards the Church for the consequences of residential schools.

"[The Pope's visit] is big for reconciliation, it will be a generator of great reconciliation and healing," said Mr. Dubé, who came from Manawan for the occasion.

Last January, the National Indian Residential Schools Crisis Line, which Indigenous people can call for immediate support and referrals, was receiving an average of 121 calls per day. "The volume of calls was much higher this week, with 160 calls on July 24, 277 calls on July 25 and 244 calls on July 26," said Kyle Fournier, media relations manager for Indigenous Canada. These requests come from across the country, says the spokesperson.

Mohawks from Los Angeles who had to relearn their own culture after their grandfather's assimilation in a residential school wanted to attend the Pope's apology to begin their healing process.

“It was important for us to attend his apology in person. He recognizes that [the abuse] happened, it means a lot to us and we needed to hear it, ”said Veronica Munoz.

His grandfather lost his culture and language when he was forced to attend a residential school in Brandford, Ontario decades ago. It was only very recently that his descendants were able to reconnect with their origins.

“The ties have been severed between the Catholic Church and the Indigenous peoples, but slowly, relations are improving. We are ready to forgive. There's a long way to go, but we're on the right track,” says Yolanda Munoz alongside her. Pictured are Julio, Veronica, Olivia and Yolanda Munoz.

“What the Pope had to say matters little to me. What matters is that we are all here to heal from something that he recognized. I am very happy to witness all this. »

“It really did me good to see him so close to me. It was really intense and I had tears in my eyes I was so happy. »

“In Aboriginal culture, there is a lot of respect for elders. I look at the pope who is an elder, at 85 years old. I have been with him every day and I have seen that he has made great efforts. »

“It was a beautiful mass rooted in hope. But there were small gaps. I wish he would turn to the survivors and then say, "Thank you for being here." »

"It's a step towards healing, but it's not settled. There are still some who have a long way to go and who have not shown up here because they are not ready. »

1 “A good omen for the GP3R” 2 The Golden Globes, in turmoil, now managed by a company 3 Kikuchi and Chapman tame the Tigers 4 The Alouettes wake up too late 5 Decline in profits and revenues for TVA Group 6 A new pensioner waits for the ambulance at 11 a.m.... 7 Hydro will have to choose between twenty wind projects 8 Health network: coroners sound the alarm, but tragedies... 9 A $50 million green hydrogen plant under construction... 10 Visit and apology from the pope: he reaches out again... 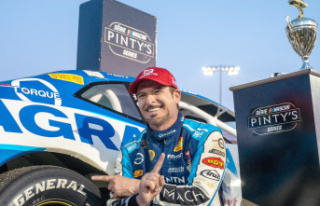