The Speaker of the United States House of Representatives, Nancy Pelosi, began her Asian tour on Monday with a first stop in Singapore, maintaining the vagueness around a stopover in Taiwan which could further aggravate the already tense relations between Beijing and Washington. 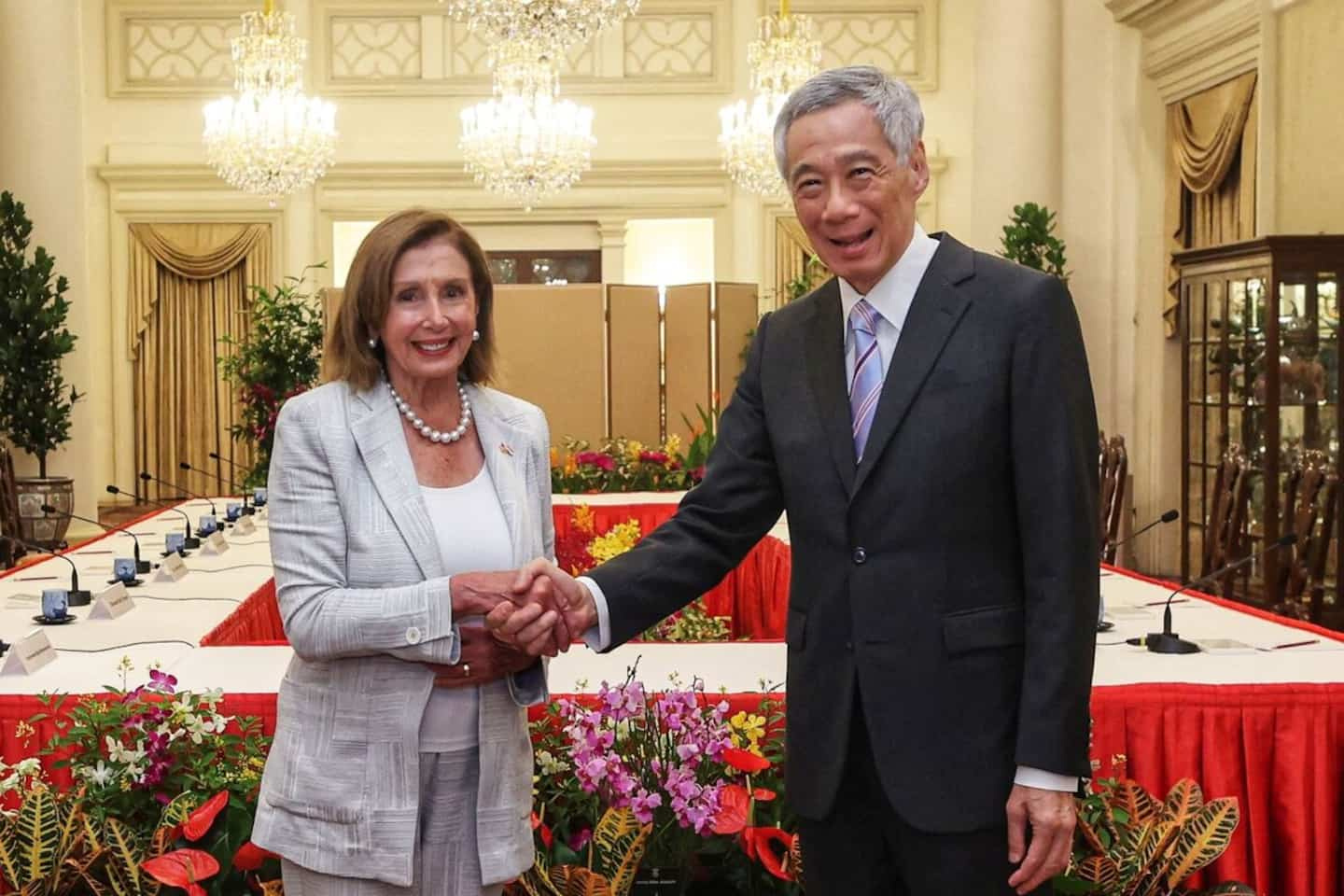 The Speaker of the United States House of Representatives, Nancy Pelosi, began her Asian tour on Monday with a first stop in Singapore, maintaining the vagueness around a stopover in Taiwan which could further aggravate the already tense relations between Beijing and Washington. .

• Read also: Washington will have to bear “all” the consequences if Pelosi goes to Taiwan, warns Beijing

In Singapore, Prime Minister Lee Hsien Loong called on her to work for "stable" relations with Beijing. A meeting with the president of the city state is also planned.

Pelosi announced on Sunday that she was leading "a congressional delegation to the Indo-Pacific region to reaffirm America's unwavering commitment to its allies and friends in the region."

"In Singapore, Malaysia, South Korea and Japan, we will hold high-level meetings to discuss how we can promote our common values ​​and interests," she added, without mentioning Taiwan in the post. his route.

For weeks, tensions between the United States and China have risen over reports that Ms Pelosi may be traveling to the island of Taiwan, which China considers part of its territory.

"If the Speaker of the House of Representatives [...] visits Taiwan, China will definitely take firm and vigorous countermeasures to safeguard its sovereignty and territorial integrity," a spokesperson warned again on Monday. of Chinese diplomacy, Zhao Lijian.

The Chinese military "will not sit idly by," he warned.

Delegations of US officials travel to Taiwan frequently to express their support. But a visit by Mrs. Pelosi, one of the most senior figures in the state and a heavyweight in American political life, would be unprecedented since that of her predecessor Newt Gingrich in 1997.

The United States practices with regard to Taiwan a so-called "strategic ambiguity" diplomacy, consisting in recognizing only one Chinese government, that of Beijing, while continuing to provide decisive support to Taipei, but in s refraining from saying whether or not they would defend the island militarily in the event of an invasion.

A visit to Taiwan by Ms. Pelosi, a central figure in President Joe Biden's Democratic majority, would singularly complicate the task of American diplomacy, which is trying not to poison relations with China.

It would also come at a time when military tension is mounting in the region.

Last week, during a telephone interview with Joe Biden, Chinese President Xi Jinping called on his counterpart not to "play with fire".

On Monday, 4,000 American and Indonesian soldiers began a major military exercise, but Washington assured that these maneuvers did not target any country.

The Taiwanese military for its part carried out its most important annual military exercises last week, which included simulations of intercepting Chinese attacks.

Meanwhile, the US aircraft carrier USS Ronald Reagan and its flotilla left Singapore heading for the South China Sea on a scheduled mission, according to the US Navy.

On Saturday, as a response, China organized a "live ammunition" military exercise in the Taiwan Strait - very close to the Chinese coast, however.

Washington has sought to downplay a possible visit by Ms. Pelosi and called on Chinese leaders for calm.

"We have many differences when it comes to Taiwan, but over the past forty years we have managed those differences and done so in a way that has preserved peace and stability," the Secretary of State said on Friday. State Antony Blinken.

In Taiwan, opinions are divided on the prospect of a visit by Ms Pelosi, but ruling party and opposition figures have said the island must not give in to Chinese pressure.

"If Pelosi were to cancel or postpone his trip, it would be a victory for the Chinese government and for Xi, as it would show that the pressure he exerted has achieved certain desired effects," Hung Chin-fu told AFP. , from National Cheng Kung University in Taiwan. 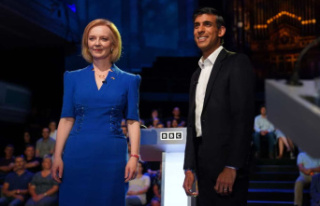 Race to Downing Street: Choice time for the Tories