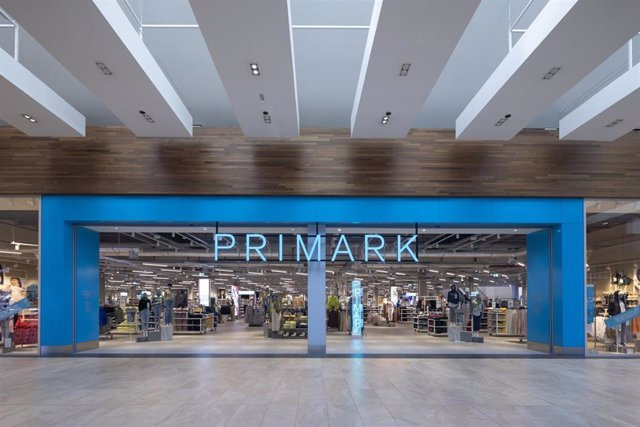 The textile chain Primark registered an adjusted operating profit of 756 million pounds (865 million euros) in its fiscal year, which represents an increase of 136% over the result recorded in the previous year, as announced by the firm's parent company, the group Associated British Foods (AB Foods), which will launch a plan to buy back its own shares for 500 million pounds (572 million euros).

Invoicing in the whole of Primark's fiscal year increased by 38%, to 7,697 million pounds (8,812 million euros) before the end of the restrictions that allowed an increase in traffic in its stores.

However, the chain indicated that its comparable sales, which exclude the effect of the exchange rate and changes in the accounting perimeter of the company, were still 10% lower compared to pre-Covid levels three years ago, although 1% more than last year.

In the UK, Primark's sales grew 48% in the year, with a 13% increase during the last quarter of the fiscal year. On a like-for-like basis, sales were in line with last year and compared to pre-Covid levels, like-for-like sales improved from a 10% decline in the first quarter to a 2% drop in the latest quarter.

In continental Europe, total sales were 42% higher than a year earlier, although consumer confidence was generally weaker and contributed to a comparable 16% decline from pre-Covid turnover.

In the Iberia region, sales densities were much better than last year as Covid restrictions restricted domestic demand and resulted in low levels of tourism, although Primark noted that the improvement "was held back by extreme temperatures during the summer months that kept many customers at home.

Likewise, the ABF group assumed a negative impact on its accounts of 206 million pounds (236 million euros) related to the amortization of the value of its business in Germany due to the fall in the profitability of its stores, warning that it is studying options to return the long-term profitability of said business, including "optimizing" the retail space per store, as well as reviewing the general portfolio of stores in the country.

As for the United States, Primark increased its annual sales by 11%, which allowed comparable sales to be 3% above pre-Covid levels three years ago. Also, the chain expects to "almost double" the retail sales space in this market during the next year.

At the end of its fiscal year, Primark had a portfolio of 408 stores, which it expects to increase to 530 by the 2026 financial year, including the opening of 27 new stores throughout the 2022/23 financial year.

On the other hand, AB Foods reported that in its fiscal year as a whole it achieved a net attributable profit of 700 million pounds sterling (801 million euros), which represents an improvement of 46.4% compared to the previous year, with revenue growth of 22%, to 16,997 million pounds (19,450 million euros).

However, the CEO of the multinational, George Weston, announced that Primark will maintain prices for the new year at the levels already implemented and planned.

"As a result, in the current financial year, we expect significant growth in Group sales from food pricing as well as space expansion at Primark," he said, noting that the forecast for the year ongoing is that the company's adjusted operating earnings and earnings per share "are lower than the year just ended."

1 The CNMC urges Adif to discount the increase in traffic... 2 Air transport is essential for the success and competitiveness... 3 The Ibex 35 rises 0.3% in the mid-session, pending... 4 ANNOUNCEMENT: EMA Aesthetics signs an agreement with... 5 ANNOUNCEMENT: Farmaciasdirect.com Premio Aster de... 6 ANNOUNCEMENT: Expomaquinaria presents its new line... 7 The company Vitaly is born, the result of the merger... 8 ANNOUNCEMENT: The Dubai International Financial Center... 9 COMMUNICATION: Eight of the best valued companies... 10 The Government approves the bill to "combat"... 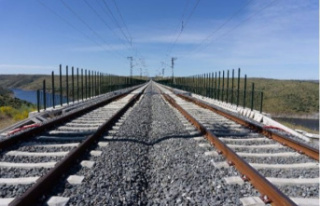 The CNMC urges Adif to discount the increase in traffic...