The protesters who forced Sri Lanka's president from his palace intend to continue to occupy the building until he resigns next week, as he promised. 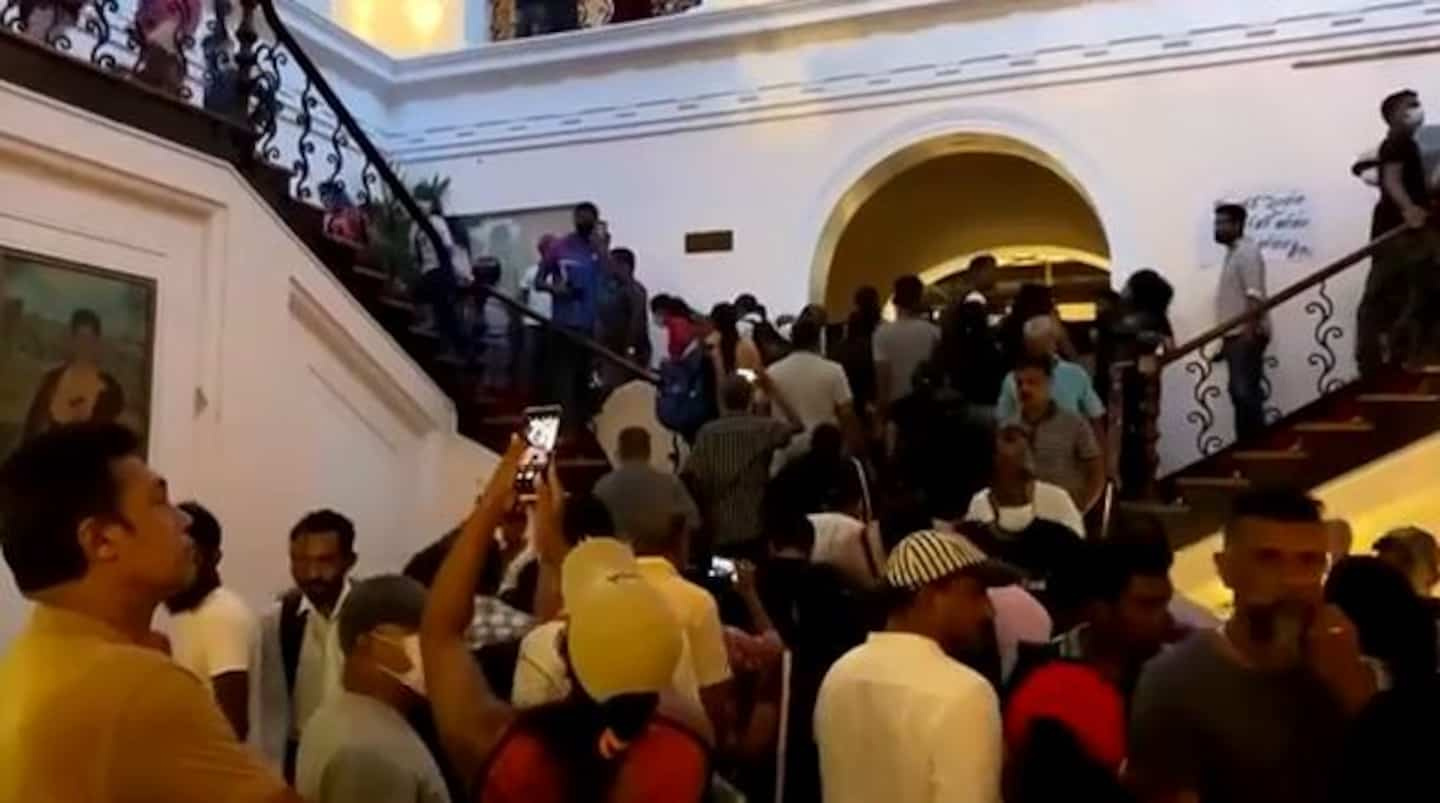 The protesters who forced Sri Lanka's president from his palace intend to continue to occupy the building until he resigns next week, as he promised.

They were hundreds of thousands on Saturday gathered in the district of the official residences to show their anger at the unprecedented economic crisis that the country is experiencing and for which they judge President Gotabaya Rajapaksa partly responsible.

And among them several hundred managed to enter the presidential palace, scaling the gates while the guards tried to hold them off just long enough to take the president away.

"Our struggle is not over," said Sunday Lahiru Weerasekara, one of the student leaders of the movement. "We won't give up until he's really gone," he told reporters.

The president, a refugee on board a military ship and on his way to a military base in the northeast of the island, has indeed announced, at the end of a day marked by other acts of force by demonstrators , that he was ready to resign... next Wednesday.

Saturday's events are the culmination of relentless and sometimes violent protests in recent months over the country's food, medicine and energy shortages, for which residents blame much of the incompetence and corruption of the Rajapaksa clan, brothers who shared power for more than fifteen years.

In this formerly middle-income country, three-quarters of the population are now reducing their diet, according to the United Nations, which warned on Sunday of a risk of a serious humanitarian crisis.

But on Sunday, for the demonstrators, the mood was one of joy. Joy of victory, since the president promised that he would leave his post. But also more immediate joy to enjoy for a few hours the luxury usually reserved for the leaders of the State.

Because they occupy not only the presidential palace, but also that of the prime minister, and the offices of these two leaders.

And Sunday morning you could see the crowd strolling quietly through all these buildings, taking advantage of the soft armchairs or queuing to take turns sitting in the presidential chair, admiring the works of art, trying out the grand piano or marveling at the air conditioning.

"When leaders live in such luxury, obviously they have no idea how ordinary people live," Sri Sumeda, a Buddhist monk, told AFP.

"All of this shows what can be done when the people decide to exercise their power," he added, pointing to the crowd around him.

Outside, some had taken advantage of the swimming pool on Saturday, and on Sunday in the park of this former residence of the governor of Ceylon at the time of British colonization, as in that of the residence of the Prime Minister, families picnicking were fucking all over the place, and temporary kitchens had even popped up here and there.

The political situation remained uncertain on Sunday. If the president does resign as promised on July 13, parliament would then have one month, by law, to elect a replacement.

A very long delay given the state of crisis in the country. The Speaker of Parliament also affirmed that the legislators would appoint the new deputy president within a week. But no candidate seems to have gathered a majority of votes for the moment.

All officials, both in Sri Lanka and abroad, hope to see the political crisis resolved as soon as possible so that the country can tackle the economic disaster caused in large part by the loss of tourism revenue following an attack. jihadist in 2019 and then the COVID-19 pandemic.

The country, which defaulted on the payment of its debt in April, is currently in negotiations with the IMF, which said on Sunday that it hoped for “a rapid settlement” of the situation to allow “the resumption of our dialogue”.

The Chief of Staff called for calm, assuring that it was possible “to resolve the crisis peacefully and constitutionally”.

On Sunday, US Secretary of State Antony Blinken called on Parliament "to resolve this situation for the good of the country, not a political party".

The future government "will have to work quickly to identify the problems and find the solutions in order to bring back economic stability", he said, adding that these solutions should respond "to the discontent of the people, who are so powerful and palpable, with to the deterioration of economic conditions”.

1 Dubé better than Trudeau to manage health, pleads... 2 Sending turbines to Germany: Charest denounces a “shameful”... 3 Sick, Minister Girault retires and leaves her seat 4 Vaccines remain key against severe forms of COVID-19,... 5 No to millions of taxpayers' money to giant Glencore 6 COVID-19: hospitalizations on the rise in Quebec 7 Avian flu affects harbor seals in the Estuary 8 The City of Quebec challenges a decision concerning... 9 Denis Brière, former rector of Laval University,... 10 After the defeat, Brown's campaign points in... 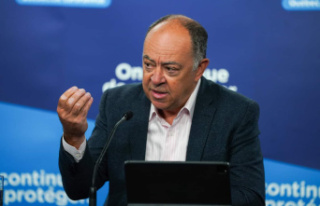