As three out of four businesses identify inflation as the biggest challenge of 2022, the Canadian Federation of Independent Business (CFIB) is launching a petition calling on the parties vying for the October 3 election to make it an issue priority.

As three out of four businesses identify inflation as the biggest challenge of 2022, the Canadian Federation of Independent Business (CFIB) is launching a petition calling on the parties vying for the October 3 election to make it an issue priority.

As consumers are forced to cut spending, businesses are struggling to keep their heads above water, CFIB laments.

"SMEs are seeing their costs explode everywhere, such as the cost of fuel, energy and salaries to retain or attract employees," explained François Vincent, vice-president for Quebec at the CFIB, pointing out that small businesses also have to deal with a disadvantageous tax environment.

The majority of SMEs would consider inflation to be the biggest challenge of 2022, according to the organization. A recent survey conducted on their behalf also shows that only a quarter of Quebec SMEs (26%) believe that the Legault government understands the pressure that rising costs have on their business.

According to Mr. Vincent, measures have been taken to help citizens deal with inflation, but the government has still not made a satisfactory proposal to help small businesses, hence the idea of ​​launching a petition.

“SMEs can appeal to candidates by signing our petition,” he said.

The text of the petition calls in particular for the creation of a "fairer and more competitive tax environment", better suited to the economic reality of SMEs, as well as the reduction of "red tape". It also calls for better “equipping businesses to counter the labor shortage” and reducing the impact of inflation on small businesses.

The CFIB therefore hopes that the candidates in the elections will feel challenged by the situation of small businesses, and that they will make inflation one of their priorities. “The different political parties can make a difference in the next elections (...). SMEs rely on them,” concluded François Vincent. 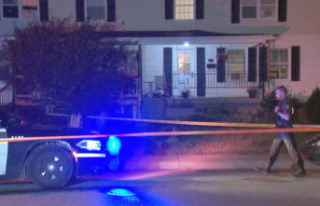 A body found in a burned residence in Sorel-Tracy