After occupying an identical position for twenty years with the Acadie-Bathurst Titan, Sylvain Couturier accepted the position of general manager of the Cape Breton Eagles on Monday. 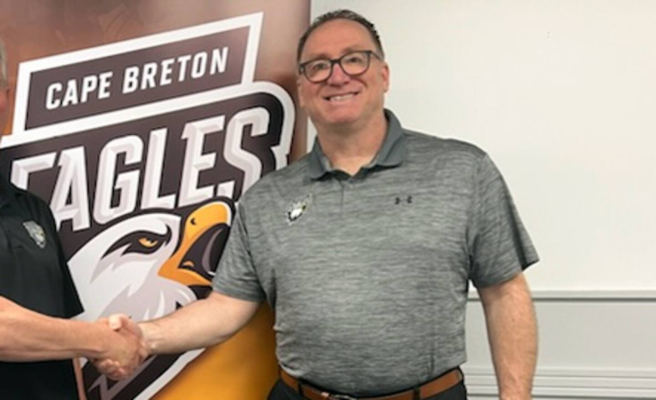 After occupying an identical position for twenty years with the Acadie-Bathurst Titan, Sylvain Couturier accepted the position of general manager of the Cape Breton Eagles on Monday.

He will replace Jacques Carrière, who has worked for the Nova Scotia team for the past three seasons. The Eagles ended the 2021-2022 season with the worst record in the Quebec Major Junior Hockey League, posting 35 points in 68 games.

"It is a privilege for me to be part of the Eagles organization and to be involved in this wonderful community," the Greenfield Park native said in a statement. I want to offer a competitive formation in which the fans will be able to recognize themselves, on the ice and outside. The main objective remains to bring a championship to Cape Breton and to make everyone proud of this club.

A former Los Angeles Kings skater, Couturier led the Titan to the President's Cup and Memorial Cup in 2017-18. Having also played on the circuit when the franchise played in Laval, he worked as the club's head coach in 2004-2005. Jason Clarke will replace him as GM in Bathurst.

"Sylvain's character, passion, energy and qualifications were what we were looking for as GM," President Gerard Shaw said of Philadelphia Flyers forward Sean Couturier's father. He is a brilliant hockey spirit with a passion for the sport and the community.”

1 Montreal: A snow removal contractor once again singled... 2 Amber Heard speaks out against 'hate and vitriol'... 3 Canada's presence at a party at the Russian Embassy:... 4 Ukraine: 4 dead, 22 injured in bombings in Donetsk,... 5 Harmful spills: $15 million fine for ArcelorMittal 6 “Frank” and “productive” meeting at the White... 7 Alouettes: a storm in a glass of water 8 Washington and Seoul warn of another North Korean... 9 Stormed parks that spark complaints 10 $200 to afford a less flat school 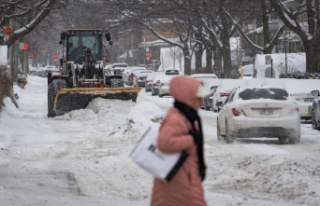