The evening promised to be electric and it was. 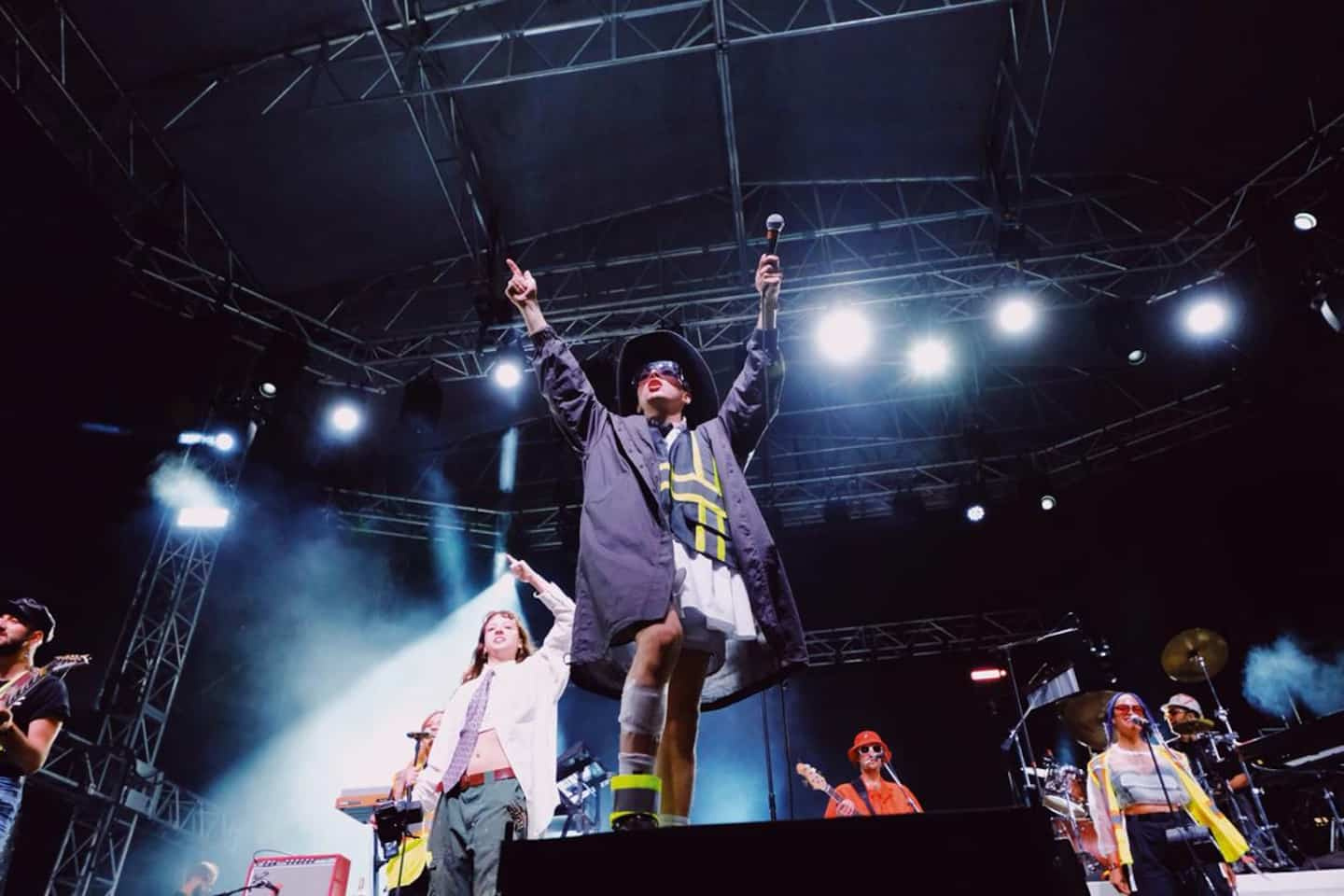 The evening promised to be electric and it was. Hubert Lenoir was visibly happy to play at home, in his city, at home. It seemed.

Wearing a long coat, a white dress, cowboy hat and sunglasses, the unpredictable bad boy arrived at full speed on the boards, sliding like a baseball player in the middle of a race, to the sound of Golden Days.

We could already feel, at that moment, that the evening was going to be special. There was that little something and that energy that you find at big parties. We quickly forgot a small delay of about twenty minutes during which people were chanting “Hubert, Hubert, Hubert”.

The Hydro-Québec stage, in front of the National Assembly, was filled to capacity for the visit of the terrible child. A heterogeneous crowd, colorful and quite tattooed.

On the boards, it moves and it's dynamic. Noémie, his spouse, is on the boards. She films, while dancing, images of the stage and the public which are broadcast on the giant screen behind the stage.

And suddenly, Hubert takes off glasses and hat and launches into the crowd, when Golden Days becomes thrash and metal.

Lenoir had not played in Quebec since a stint at the Imperial Bell in 2018 and the launch of the album PICTURA DE IPSE.

“Here is my home. I was born in Quebec City and I live here. I never left. After all that we have been through, here, Quebec, tonight is our city,” he said, prompting a series of “Quebec, Quebec, Quebec”, chanted by the crowd.

We were then treated to good versions of Secret, where he seemed disturbed by the behavior of certain spectators, of If we got down to it by Ferland, of October and of Sucre et sel. It was, let's face it, very well launched. The vibe, as they say, was more than good.

It got a bit disjointed at the end of the performance with a jam that, shall we say, was not memorable.

“Not so long ago, in 2017, right here, behind the stage, I was playing my music in the street for a couple of two piastres to pay my rent. The only thing I want to tell you is that time does change things. There are bits of stuff, but everything gets better with time. A year after leaving Darlène, everything was fine, ”he said, then shooting a tip to the media and a survey published in the Journal de Québec and the Journal de Montréal where he had been identified, in 2018, as the 8th most hated person in Quebec.

"I can't wait to read the review for my show on Saturday morning," he said.

Nobody's daughter followed and a huge choir took shape. It ended with a huge return of sound, a long period of thanks and the piece PHASE as encores.

Hubert being Hubert, he remarked that he was playing on the smallest stage of the Festival, when he had already performed in front of more people outside his hometown and referring to the Americans who were starring at the Parc of the Francophonie.

“The Quebec scene existed because people supported it. It is important to support the local scene and give it its place, taking care to thank the heads of programming Arnaud Cordier and Louis Bellavance. I don't care about the consequences, I say it for others, ”he dropped.

At the start of Lydia Képinski's performance, at dinnertime, we were looking for the blonde singer, who we heard during the play L'imposture, but who we did not see on the boards. She was there, however, among the public, where she made a few visits.

Lydia Képinski has put away her six-string. Which allows him to wiggle. Which she does a lot. She was completely overwhelmed at times. We saw him lie down on the boards for two days and lower his microphone stand to sing on his knees during Arbol.

Arbol, Chlorine, with the delirious synths of Blaise Barboën-Léonard, Vaslaw and Les routes indolores, with its nod to the series The mysterious cities of gold, were the good moments of this performance.

With Choses sauvage, which followed, the band from Montreal and more specifically from Saint-Eustache warmed up the place with funk-rock tinged with disco and new-wave elements.

Led by singer Félix Bélisle, the quintet launched very big and solid grooves. It was jumping in front of the National Assembly.

After taking off his sweater and camisole, the singer repeatedly threw his microphone on the boards, then doing the same with his microphone stand, allowing himself a few crowd baths too.

In control, after giving the impression of being, at times, on another planet, Félix Bélisle managed to get almost everyone to sit down during the final segment of La valse des pavements. A beautiful moment. Just like the furious finale with L’or et l’argent. The boos followed. A sign that the public had appreciated.

1 Luke Combs at the FEQ: A rarely seen country fever 2 Festival d'été de Québec: the forefront again... 3 A man sexually assaults his girlfriend who was very... 4 19,000 homes at risk of landslides in Quebec 5 Travel: COVID forces you to find plans B 6 The life of a baby raised without diapers 7 Quebec woman dies in avalanche 8 Outage at Rogers complicates purchases across the... 9 Back after 2 years: festivals bring Quebec back to... 10 Labor shortage: more retirees are needed at work 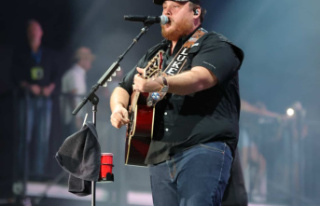 Luke Combs at the FEQ: A rarely seen country fever