Quebec women say they were cheated by a hair saleswoman

Dozens of Quebec women feel cheated by a hair saleswoman from Saint-Jérôme who allegedly took several deposits of up to $600 without ever returning the product sold. 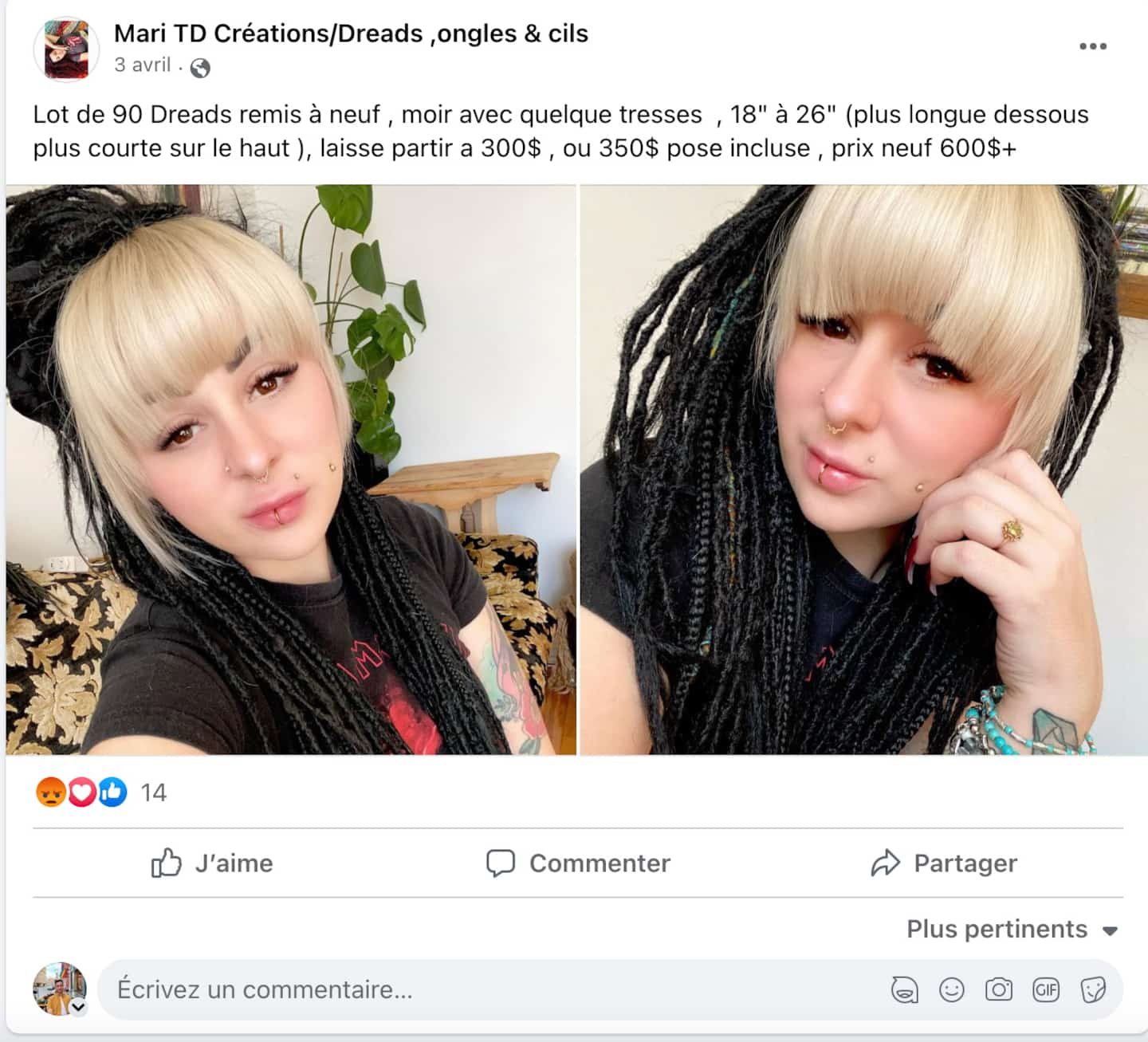 Dozens of Quebec women feel cheated by a hair saleswoman from Saint-Jérôme who allegedly took several deposits of up to $600 without ever returning the product sold.

“I have been waiting for a year and a half for her to deliver my dreads [rasta braids] paid for $520. I'm really outraged. I can't believe all the people who are in the same situation as me, ”says Janie Thibault.

This resident of Lanaudière is part of a Facebook group of about thirty citizens who are doing everything they can to get their money back. Out of breath and faced with the inaction of the authorities, they contacted the Journal to prevent other people from falling into the trap.

“The amounts she took from us vary between $40 and $600. Everyone tries to get their money back, especially since it was often Christmas gifts, but the amounts are too small, and the police do nothing. Meanwhile, she continues to defraud, ”worries Lidia Almeida, who is one of the victims.

Marika Tremblay-Derosby, owner Mari TD Créations, in Saint-Jérôme, is the saleswoman at the heart of this controversy. His company specializes in the sale and installation of rasta braids.

Our representative consulted a hundred text messages between Ms. Tremblay-Derosby and her clients who claim to be defrauded. His strategy would still be the same. The buyer first contacts the company on its Facebook page to buy braids. An Interac transfer is then transmitted to the seller.

Marika Tremblay-Derosby finally claims that the package disappeared in the mail, but she never provides a tracking number to help the customer find the package. The owner of Mari TD Créations would then let her clients languish for months and years, without reimbursing them.

“Several of us have sent formal notices to Marika. The problem is that she never goes to get her mail. Others have given up altogether because it's too much time and energy. She answers us more and ignores our messages, it's discouraging, ”denounces Janie Thibault.

The latter adds that she would like to at least post a comment on her company page to warn the public, “but as soon as we write something negative, she deletes it”.

She would have "screwed up"

The Journal contacted Marika Tremblay-Derosby about this. A few minutes after sending our email, the entrepreneur from Saint-Jérôme finally wrote to all of her customers to apologize for the delays in delivery or promised to reimburse them. Some had not heard from him for several months.

“I have no good excuses for all this and I have no reason. There was no bad intention on my part. […] I screwed up, ”defends Ms. Tremblay-Derosby vaguely, who refuses to give details of her motivations.

She ensures not to defraud anyone. But why did he contact his clients only after our exchange? “You freaked me out and I wrote to them,” she says.

Ms. Tremblay-Derosby also confirms that the Saint-Jérôme Police Department has contacted her for this file in the past. However, the officer in charge of this case is on vacation and the Journal could not obtain details on this subject last week.

This is not the first time that this resident of Saint-Jérôme has had contractual problems.

According to decisions of the Administrative Housing Tribunal (TAL), Marika Tremblay-Derosby has been evicted at least three times from her housing for not having paid her rent since 2011, in Sept-Îles and Saint-Jérôme.

1 Her dead husband and son burned 2 The Miraculous: Mom's Little Winner 3 Homicide in 2022: a peak not seen since 2004 4 “An Embarrassing Percentage” –Nick Suzuki 5 Several increases in sight for 2023: your wallet will... 6 A family of eight came close to death on Christmas... 7 At least 10 dead in Cambodia hotel casino fire 8 Surge in Covid cases in China raises risk of new variants 9 Renfe users will be able to purchase free passes for... 10 The Ibex 35 wakes up with a fall of 0.2% and clings... 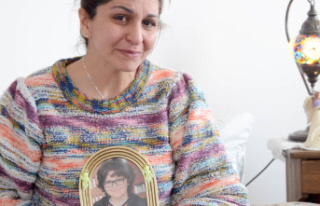 Her dead husband and son burned