Rafaël Harvey-Pinard scored in overtime to propel the Laval Rocket to a 3-2 win over the Springfield Thunderbirds on Friday at Place Bell. 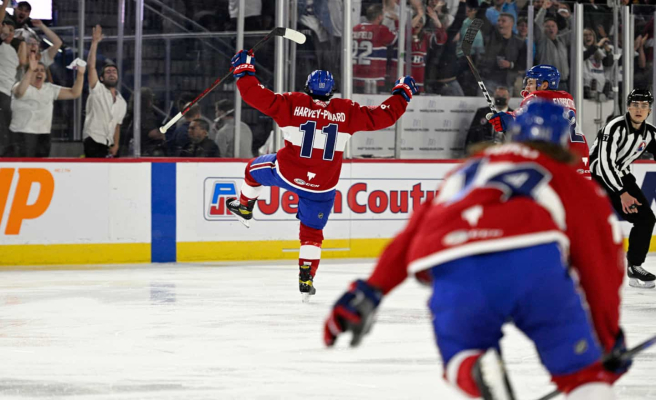 Rafaël Harvey-Pinard scored in overtime to propel the Laval Rocket to a 3-2 win over the Springfield Thunderbirds on Friday at Place Bell.

Harvey-Pinard beat Joel Hofer between the pads after just over four minutes in first overtime. A free-for-all between the two teams followed during the Rocket celebrations.

The two Eastern Conference finalist teams put on a highly entertaining show. The chances of scoring on both sides were flying on all sides. The Rocket have directed no less than 51 shots to Joel Hofer's cage, while their rivals have shot 44 times.

Cédric Paquette managed to deceive the vigilance of Hofer at the start of the middle period to create equality. The Gaspé native surprised the Thunderbirds goalkeeper with a sharp shot under the mitt.

Jean-Sébastien Dea had given a first reason to celebrate to the supporters gathered at Place Bell with a few fractions of a second to go in the first twenty. While the Rocket took advantage of a double power play, the Quebec pivot deflected a shot from Xavier Ouellet to make it 2-1.

The “T-Birds” were decidedly hungry at the start of the game, led by the unit of Dakota Joshua, Will Bitten and Mackenzie MacEachern. The latter opened the scoring after only 3 min 47 s of play, taking advantage of passive defensive coverage from Xavier Ouellet. For a fourth consecutive game, the Rocket allowed the first goal.

Shortly after, the visitors' best line since the start of the series added more thanks to their efficient forecheck. Joshua scored his fourth of the playoffs in the greatest confusion in front of Primeau's cage.

The Rocket and the “T-Birds” will be entitled to a few hours of rest before crossing swords again on Saturday at Place Bell. The series is now equal 2 to 2.

1 The Cataracts claim to have learned the lesson 2 The real Francos are back! 3 North Korea appoints a woman to head its diplomacy 4 Pentagon chief slams Beijing's 'destabilizing'... 5 CAQ review: the game plan has been reviewed for 4-year-old... 6 CAQ review: the victory of the third way 7 Montréal tout-terrain: unicorns and kitties for BIXI 8 CAQ report: promises kept for the wallets of Quebecers 9 Buy local: Costco has an appetite for local products 10 After 4 years of CAQ: a “neutral” assessment in... 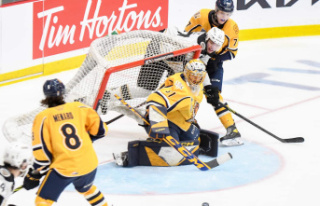 The Cataracts claim to have learned the lesson