Retail sales slow down their growth in September to 0.5% 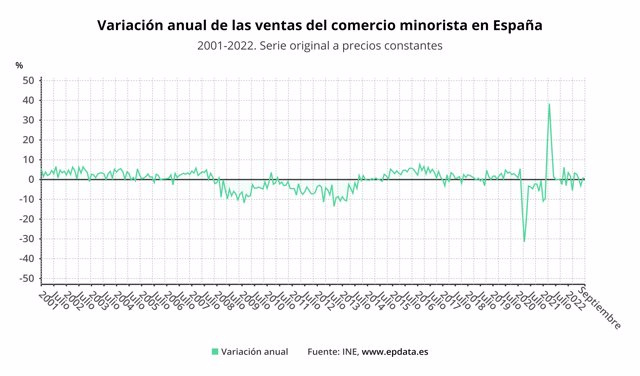 Retail trade registered in September an advance in its sales of 0.5% in relation to the same month of 2021, a rate three tenths lower than that of the previous month, when they increased by 0.8%, as reported by the National Institute on Monday of Statistics (INE).

With the data for September, retail trade sales chained two consecutive months of positive year-on-year rates after the 3.2% drop experienced in July.

Internet retail trade fell 9.5% in September compared to the same month in 2021, with which it has already accumulated eight months of setbacks, four of them with falls of more than 10%.

Eliminating seasonal and calendar effects, retail trade turnover stood at 0.1% in September, the same rate as in August.

1 STATEMENT: The Granollers City Council awards the... 2 Skoda earns 856 million until September, 4.9% less 3 Overnight stays in non-hotel tourist accommodation... 4 ANNOUNCEMENT: Repair your Debt Lawyers pays €39,510... 5 ANNOUNCEMENT: SEO tips to have a good position in... 6 ANNOUNCEMENT: Repair your Debt Lawyers pays €32,514... 7 The current account surplus falls to 1,000 million... 8 Eurozone GDP slowed its growth to 0.2% in the third... 9 Eurozone inflation remains runaway and climbs to a... 10 Economists cut their growth forecast for Spain in... 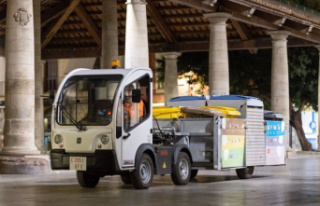