“Revolution”: getting out of your comfort zone

Emmy and Sandu did not hesitate to leave their comfort zone, during the face-to-face of "Revolution", Sunday, to impose a hybrid style, between the ballroom and the contemporary, which allowed them to rally the votes of the masters. 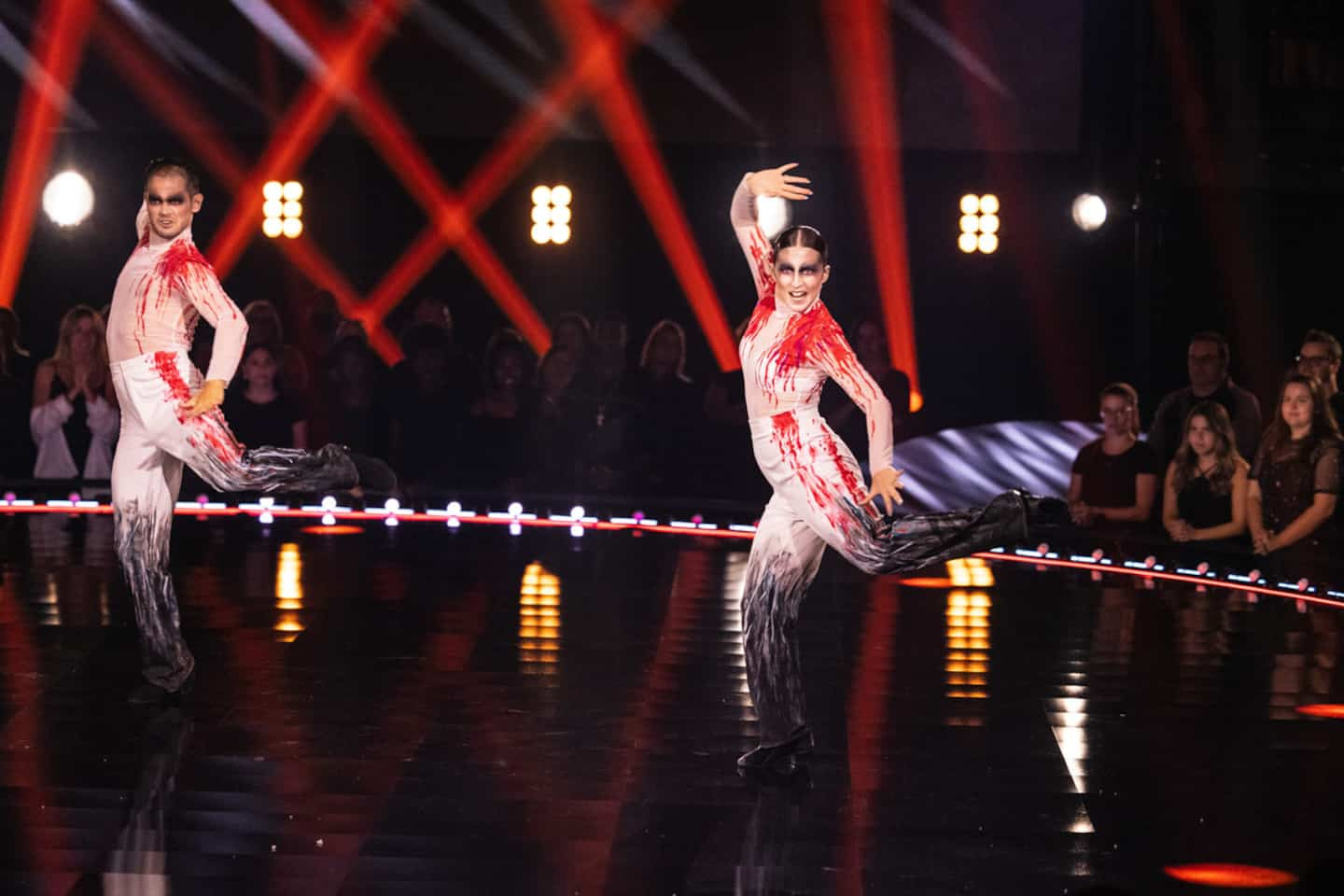 Emmy and Sandu did not hesitate to leave their comfort zone, during the face-to-face of "Revolution", Sunday, to impose a hybrid style, between the ballroom and the contemporary, which allowed them to rally the votes of the masters.

Knowing that anything is possible in “Revolution,” Emmy and Sandu expected to be thrown off balance by their adversaries, but they already had a plan. “We wanted to do a paso doble, while getting out of the traditional box of the ballroom, explained Emmy. In competition, this dance is usually done on the same song or something similar, but we chose to go elsewhere.

The paso doble is a kind of representation of bullfighting, and the couple wanted it to be as much a duel with their opponents as between the two of them. "We wanted to keep some traditional aspects of this dance, while getting out of our habits," said Sandu. This is also our approach for the entire season of “Revolution”, we want to show different facets of our relationship.

The result is a convincing number, which even made Lydia Bouchard say that the acting had not swallowed their impeccable technique.

“We are two ballroom dancers, however insisted Sandu. Even if we have already done workshops on other styles, we do not train on it every day, just like the staves. We wanted to integrate an aesthetic of movements rather than steps. I would say that we made a base of paso doble, with a more contemporary flavor.

The couple received glowing comments, in addition to votes from Lydia and Jean-Marc Généreux, allowing them to move on to the next round. “It was a big risk to step out of ballroom standards that much,” Emmy said. But these comments are the best thing that could have happened to us.”

For his partner, it is also proof that taking risks can pay off. "We imagined our adventure at ''Revolution'' with the idea of ​​constantly getting out of our comfort zone to explore all our abilities. It was very encouraging to receive such positive reactions from the masters, and to be recognized for the efforts we made and for what we tried to show.”

Emmy and Sandy have just finished their studies, in software engineering for him and in sociology for her, and now want to devote themselves fully to their passion. “We want to become professional dancers and, in our world, that means participating in major international competitions. Being at Revolution is a good way to launch our career.”

As soon as the face-to-face with Alicia was announced, Jessie was convinced that no one was going to leave the adventure after this duel. “Both of our numbers were very good and very strong. This is what finally happened, and it was deserved as much for Alicia as for us.

Jessie and Jason had chosen to dance a paso doble, a combative dance, but not the most emotional.

"We did well in terms of choreography, but for the expression, it was really difficult to play in the emotions."

Saved by Lydia Bouchard, the duo knows they still have to work hard to win until the final. “We always feel the pressure. Each stage is difficult, and there are many things beyond our control in the rest of the competition. Anything can happen, but we have so much fun. It's really a great experience to have.”

After a titanic fight against Sunny Boisvert, The Renegades only won the vote of Jean-Marc Généreux, but the Twins quickly saved them, admiring the perfect synchronization of the nine dancers during their number.

“Our energy is our strength,” explained Janeyce Guerrier, the only French-speaking member of the Toronto group. It's incredibly difficult to dance anew, but we train daily to work on the choreography. This synchronicity has been developing for months and months, so we were sure to get it right.”

The troupe has already participated in various television competitions such as "Canada's Got Talent" or "World of Dance". "Revolution" is more fun for us, because it's a dancer-only show. The production is more understanding and responsive to our needs. It's different to be on a show with artists from different disciplines." Janeyce is also very proud to have been saved by the Twins.

“We saw that they had confidence in us. We want to keep that in mind as we prepare for the next round.”

The troupe of young dancers did not know what to expect for this face-to-face, because they had never seen Isabelle dance. But they gave everything, both in their choreography and in their moment of revolution.

“We wanted to go into something combative, which has energy, with intense music and our colorful costumes, detailed Carrelle, one of the girls in the troupe. We wanted to simulate as an attack against our opponent.

The motivation of the Clique girls to participate in "Revolution" is to live an extraordinary adventure.

“The more we go through the stages, the further we want to go. It's also very formative to be able to experience this competition, dance in front of the masters, look for new numbers that will surprise viewers... We do it out of challenge and for experience. And we haven't shown you everything yet..."

The candidates selected this week:

1 “It’s a funny feeling”: Rémy Girard confides... 2 Songwriter: The Dream Life of Richard Marx 3 Songs released in October to discover 4 Montreal, from Beau Dommage to big damage 5 Marc Dupré: the Sunday evening party 6 Rock of Ages: Jordan Donoghue has rock in his blood 7 "Revolution": carte blanche to the dancers 8 A hyperactive and catchy second album for the female... 9 The fragile balance of the characters: 5 questions... 10 "My mother insisted that I favor my autonomy" 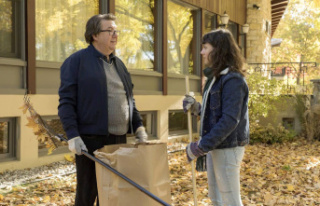