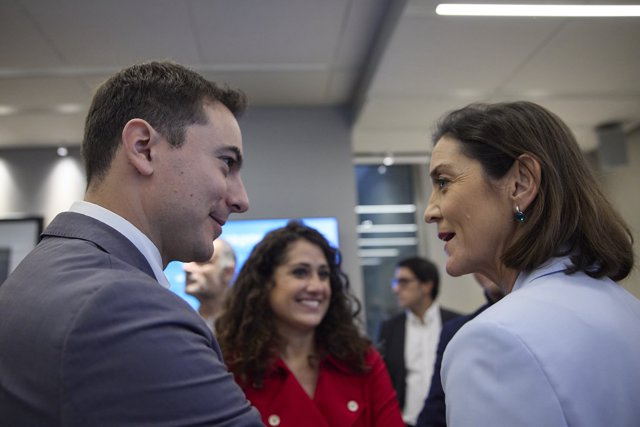 The Minister of Industry, Commerce and Tourism, Reyes Maroto, will be the PSOE candidate for mayor of Madrid, as socialist sources have confirmed to Europa Press, who will face the 'popular' José Luis Martínez Almeida in the race for the Madrid City Council. Madrid in the next municipal elections in May 2023. Reyes Maroto will not leave the ministry until April.

In an interview on 'Radio Nacional', collected by Europa Press, the Minister of Ecological Transition, Teresa Ribera, has also confirmed the candidacy of Maroto, who has highlighted his ability and energy to assume this mission. "It has been great news, he has the energy, the capacity, the spirit and the heart to conquer all of us in these elections," Ribera stressed.

Asked about whether Maroto's candidacy could lead to a government crisis, Ribera pointed out that this "a decision that corresponds exclusively to the Prime Minister." "I think that the president knows the team well and the needs and challenges of this year well and I am sure that he will solve this situation very adequately and correctly, dispensing with Maroto is not something that he counted on, I know that he greatly appreciates her as minister ", has added.

Maroto is expected to formally announce his candidacy this Monday at the I Europa Press Tourism Conference, at the Beatriz Auditorium, which will be attended by representatives of the sector and in which he will be accompanied by other ministers such as Nadia Calviño, Félix Bolaños, María Jesús Montero, Miquel Iceta and the Government spokesperson, Isabel Rodríguez.

The head of Industry will also be supported by members of the party such as the PSOE spokesman in Congress, Patxi López, or the Secretary of Organization, Santos Cerdán, among others. Likewise, the general secretary of the PSOE of Madrid, Juan Lobato, will attend.

Also participating in this forum will be the manager of KPMG Sustainability, Patricia Muñoz; the Vice President of Sustainability of Meliá International, Lourdes Ripoll; the CEO of IATI Seguros, Alfonso Calzado; the director of Madrid Turismo by Ifema Madrid, Yolanda Perdomo, or the KPMG partner Luis Buzzi.

Also present will be the president of Portaventura World, Arturo Mas-Sardá; the spokesperson for Wine Tourism of the Regulatory Council of the DOCa Rioja and Director of Wine Tourism, Elena Pilo; the president of Segittur, Enrique Martínes, and the director of Innovation, Education and Investments of the UNWTO, Natalia Bayona.

1 Ribera is committed to concentrating fuel aid in the... 2 The Carriers Platform calls today a demonstration... 3 Applus leads the SE Mid Spanish Index ranking for... 4 Raquel Sánchez points out that the claim of carriers... 5 Telefónica launches a repurchase offer on 1,500 million... 6 MAN Truck is awarded the supply of 68 100% electric... 7 The price of electricity rises this Monday by 8.73%,... 8 BBVA launches a green label senior preferred debt... 9 Eight out of ten Spaniards will anticipate Christmas... 10 Enric Asunción (Wallbox) regrets that the amounts... 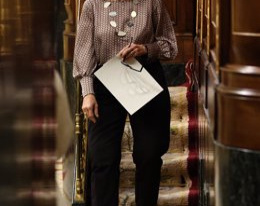 Ribera is committed to concentrating fuel aid in the...