(Sportcom) – Hugo Houle (Israel – Premier Tech) showed up in the final sprint of the third stage of the Tour de Suisse where he ranked 11th on Tuesday. 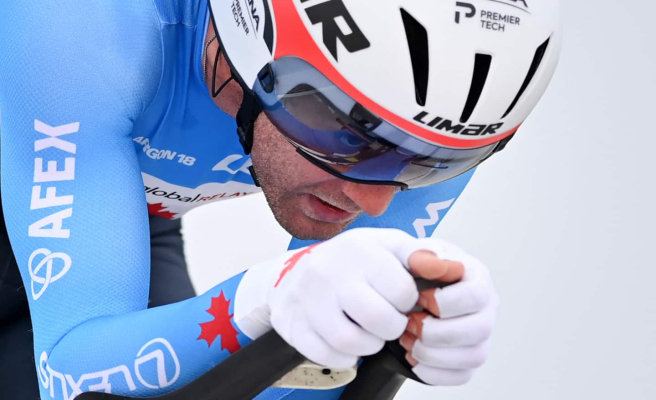 (Sportcom) – Hugo Houle (Israel – Premier Tech) showed up in the final sprint of the third stage of the Tour de Suisse where he ranked 11th on Tuesday.

It was the three-time world champion Peter Sagan (TotalEnergies) who was the fastest, allowing him to return to victory after a shortage of more than 260 days.

Houle first had the mission of protecting his leader Jakob Fuglsang (25th) and once that was done, he was able to play his personal card in the final.

“It was still pretty tight as a finale with a lot of corners and supplies on the road that you couldn’t necessarily see,” Houle explained.

“My priority was to be up front with Jakob to make sure he was safe and we were both well up front which gave me the surf to make the sprint. I got a little tricked before the two tight corners and lost 4-5 places, but otherwise it's still a good stage.

With around four kilometers to go, a fall occurred in the peloton, taking with it the German Maxililian Schachmann (BORA - hasgrohe), second in the general classification at the start of Tuesday's stage. He lost 15 places and could not take advantage of the rule that the clock stops in the event of a fall in the last three kilometers.

Antoine Duchesne (Groupama – FDJ), he was caught behind the fall, but fortunately he did not find himself on the ground.

“I gave a hand to young Lewis Askey (13th) in the final until the fall. Then I came home quiet. I feel like I'm starting to recover from Sunday's heat stroke," said the athlete from Saguenay who finished 78th.

The organizers removed the posts from the many medians that separated the road in two, but even if flagmen indicated the obstacles, it affected the fluidity in the peloton, because the asphalt was not at the same level everywhere.

“We knew what to expect and we knew it would be important to be in front with four or five kilometers to go. We executed our plan the right way, which saved us a lot of stress, ”said Houle, mentioning that his form is there.

He added that he can't wait to see if his legs will "respond well" in the last four kilometers at an average gradient of 7.6%, of Wednesday's stage. A type of terrain where he is able to excel, enough to give him confidence.

“The priority remains Jakob, but afterwards, if I pass the climb (Sattel) which is 15 kilometers from the finish and if I manage to stay ahead, it is clear that there will be an opportunity to take there, for sure."

1 The new administration of “Broue” has sold more... 2 Interac transfers are growing in popularity 3 Kyiv recovers the bodies of Azovstal fighters in an... 4 UN urges Russia not to adopt Ukrainian children 5 Russia bans its territory from 49 Britons including... 6 Canada and Denmark end 'war' over Arctic... 7 Roland of Quebec: his victim no longer wants to be... 8 Big show of the National Day of Quebec in Montreal:... 9 Residential and commercial complex in Montreal: work... 10 Russia: opponent Alexei Navalny transferred to another... 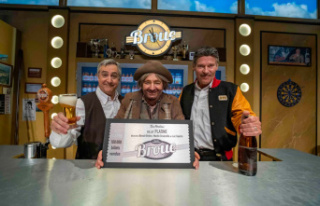 The new administration of “Broue” has sold more...