Ronaldo, mentor of the Portuguese succession

He is 37 years old, a full trophy cabinet but more than an adored icon, Cristiano Ronaldo remains a model to imitate for the young people of Portugal, opposed to the Czech Republic Thursday in Lisbon in the 3rd day of the League of Nations. 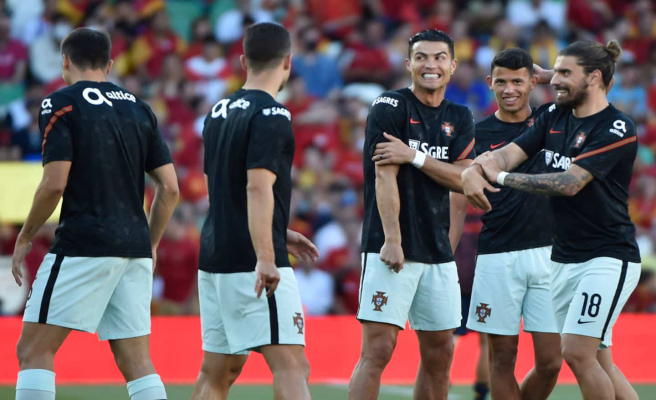 He is 37 years old, a full trophy cabinet but more than an adored icon, Cristiano Ronaldo remains a model to imitate for the young people of Portugal, opposed to the Czech Republic Thursday in Lisbon in the 3rd day of the League of Nations.

The Portuguese captain has the international legitimacy to inspire the new generation: 188 caps for 117 goals (a world record), nine major tournaments played, a Euro...

And he is not satisfied as evidenced by his double on Sunday against Switzerland (4-0 victory).

On social networks, the five-time Ballon d'Or said he felt "a lot of pride and confidence" in the Portuguese group.

"CR7" regularly displays its attachment to the Seleçao and its partners, yet sometimes appeared laborious during the qualifications for the World Cup-2022.

“When he feels he can trust you, he gives 100%. It's always a big plus to have a player and a person like that in the locker room, ”assured Sky Sports last month Diogo Dalot, 23, his teammate at Manchester United and in the selection.

Many newcomers to the Portugal squad have praised Cristiano Ronaldo's pivotal role in their integration.

"He likes to weld everyone and he helped a lot for my inclusion in the workforce," said Joao Felix, the attacking midfielder of Atlético Madrid, in an interview with Eleven Sports in February 2020.

“He is an example for the whole team. He is a great captain and he is always ready to give advice. Before a Nations League game he told me to keep calm and enjoy it,” the 22-year-old added to the World Soccer review in March 2021.

Paris Saint-Germain full-back Nuno Mendes, called up for the first time with Portugal in the spring of 2021, abounded in this direction after his first match in Portuguese colors against Azerbaijan.

“The captain (Cristiano Ronaldo, editor's note) gave me advice before the match. It's very important to me, it helped me and I think it showed on the pitch, ”said the young hopeful, now 19 years old.

Of all the young players, it is with Diogo Dalot that Cristiano Ronaldo has the most privileged ties.

During training, the Manchester United duo often appear together.

“Focus on the daily goals, enjoy the moments with your friends. Great training session with my friend Dalot! “, had posted Ronaldo on social networks.

"Working with someone who has this culture of work, this professionalism, this mentality and being able to be close to it, that helped me a lot," Dalot said in May.

Like many of his national team-mates, he hopes to enjoy the presence of the top scorer in the history of international football (117 goals) for as long as possible.

"He's on another level, it can't really be explained in words. You just have to take advantage of it as long as you can (…) ”, he explained in October to Inside United, the club magazine.

Throughout his career, Cristiano Ronaldo has said he wants to play until the age of 40 and insisted in March that he would be the only one to make the decision to stop the selection.

The young Portuguese generation can therefore a priori still count on its big brother for a few years.

1 Broadcasting: A contentious debate over the F-word 2 Ginette Reno's daughter gives an update on her... 3 NASCAR Pinty's Series: all against Lessard in... 4 A Muslim heroine in the court of Marvel 5 Terrorism charges over Mississauga mosque attack 6 The Thunderbirds break the party 7 The Rocket runs out of gas in third 8 The Cataracts win top honors 9 Fayolle Jean Jr: an actor in demand 10 Patrick Roy: touched that his cry from the heart was... 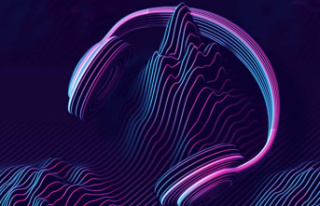 Broadcasting: A contentious debate over the F-word