Rueda asks Transport by letter to "prevent" the possible increase in tolls on the AP-9, "unassumable and unacceptable"

The president of the Xunta reminds Raquel Sánchez in a letter that the AP-9 already has a price of €/Km higher than the Spanish average. 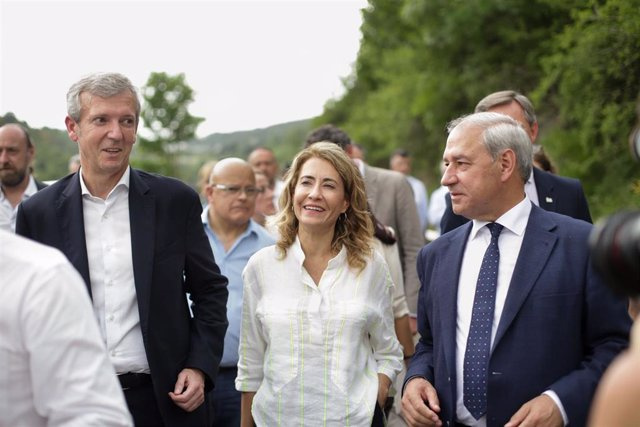 The president of the Xunta de Galicia, Alfonso Rueda, has sent a letter to the Minister of Transport, Mobility and Urban Agenda, Raquel Sánchez, to request that the state department take "the appropriate measures to prevent" the possible increase in the price of tolls for the AP-9 and AP-53, which could be around 9% by 2023, something "unaffordable for Galicians and unacceptable for their Government."

The head of the regional Executive recalls in the letter that the AP-9 is the "most important communication artery in Galicia", since "it supports the territory where 60% of the community's population resides, it is the main axis on which which pivots the high-performance road network and, consequently, plays a key role in the functioning of society and the economy".

Rueda also points out that, despite the fact that the bonus system in force since 2019, although it alleviates the impact of road rates on frequent users, "it does not prevent the AP-9 from having a price €/km higher than the Spanish average and, in any case, higher than that of the two autonomously owned motorways".

Along these lines, Alfonso Rueda criticizes the fact that the central government has authorized "successive extraordinary increases" that make the AP-9, every January 1, "the highway that raises its prices the most in the entire state network."

"This situation contrasts with that of other highways dependent on the Ministry of Transport, Mobility and Urban Agenda, which have evolved, at the same time, towards the release of their tolls," he stresses.

The Galician Government is also concerned about the possible increase in the AP-53 motorway, "on the Santiago-Ourense connection axis" and, therefore, "fundamental for the territorial cohesion of Galicia and in which there is no type of bonus of rates".

Alfonso Rueda has taken advantage of the letter to remind Raquel Sánchez that, given the "current great economic difficulties, which require the administrations to make a special effort to support citizens", the Xunta made the decision to "avoid" the increase in tolls of the autonomous motorways next year.

"The decision of the Galician Government proves that it is possible to prevent the citizens and the economy of our community, in a complex scenario, from seeing the impact, already very notable, of the tolls on state highways so severely aggravated," he argues. Wheel.

The president of the Xunta concludes by insisting on his request that, he remarks, is "justified and supported by the social majority of Galicia".

1 RELEASE: The new THREAD LIFT with approved design... 2 STATEMENT: Bitget increases the Protection Fund to... 3 The historic Robert Iger returns to the direction... 4 Grenergy earns 12.7 million until September, 86% more,... 5 The Ibex 35 starts the week with a fall of 0.1% and... 6 BYD to supply 64 electric buses to Norwegian public... 7 Carolina Revenga, new director of the Procedural Law... 8 RELEASE: Nespresso presents a new range of home compostable... 9 COMUNICADO: Appian appoints Silvio Lima as Head of... 10 German industrial prices fell 4.2% in October, the...