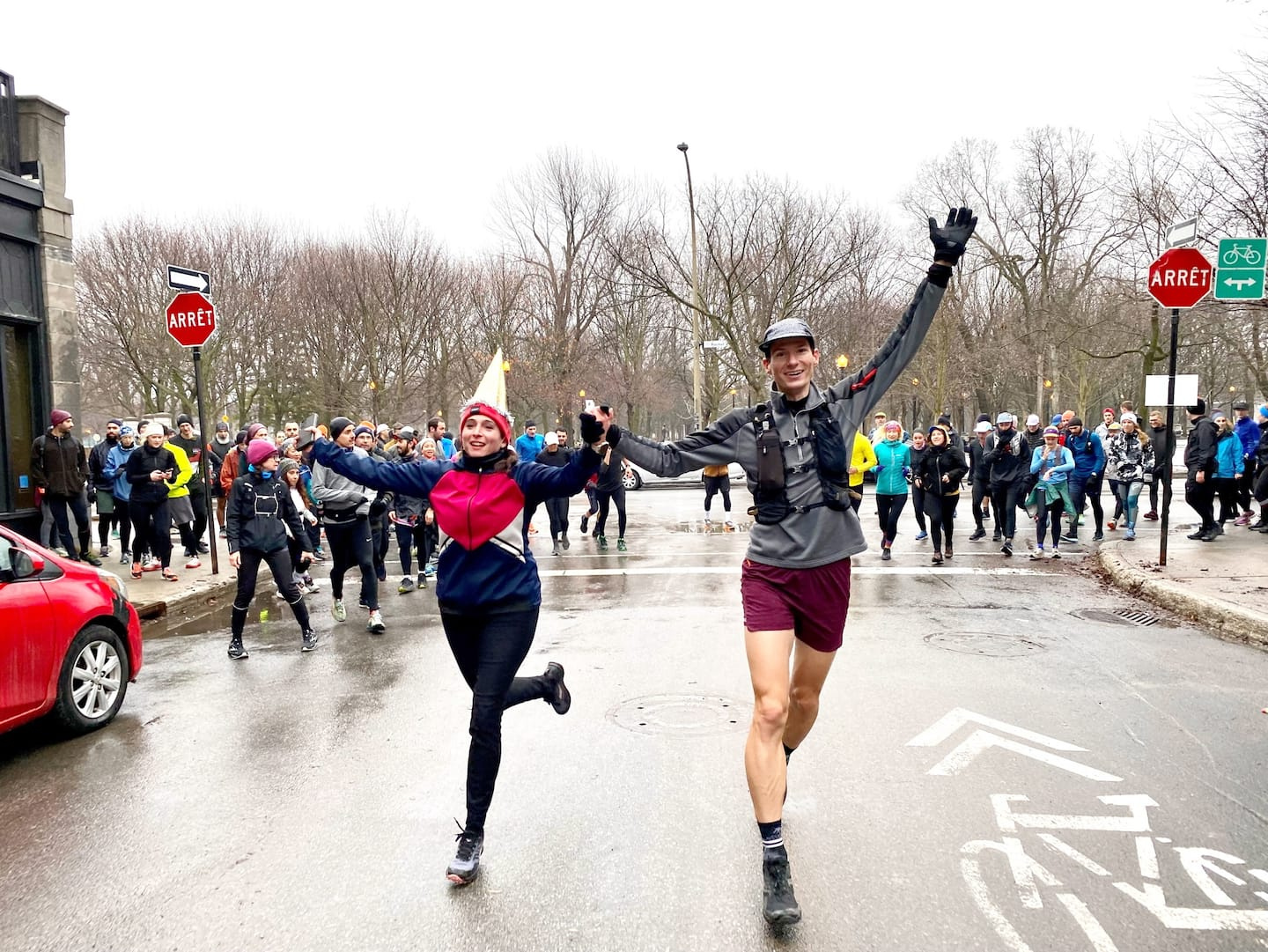 Inside Montreal, journalist Louis-Philippe Messier travels mostly on the run, his office in his backpack, on the lookout for fascinating subjects and people. He speaks to everyone and is interested in all walks of life in this urban chronicle

Despite freezing rain, a hundred runners showed up at the foot of Mount Royal on Monday morning to draw the numbers 2-0-2-3 together in the surrounding streets by GPS.

"I was planning on going to the gym this morning, but that drive was a better symbol to start the year!" Isabelle Champagne told me.

"It's funny to see that it really tracks the numbers with the GPS," laughed Sondy Jean-Baptiste, from Cartierville.

His friend Jehu Sanon, from Laval, got up early for the event announced by the Facebook group Course in Montreal.

"To properly delineate certain numbers, you have to retrace your steps," explains Laurent Caudrelier, the main organizer, to explain the distance of almost 13 km in the district.

"The upper part of the second 2, you have to do it completely out and back, that's why the kilometers accumulate quickly. »

This is the fifth year that Mr. Caudrelier has started the year by "tracing" it in this way, but it is the first that he has publicly launched the invitation... and that it has attracted a lot of people!

He chose the Plateau because of the (relatively) square geometry of the streets which allows numbers similar to those of a digital dial between avenue du Parc, rue Papineau, boulevard Saint-Joseph and, by way of " floor,” Rachel Street.

"I was closing the race and making sure I didn't lose anyone," Marilu Cruz, an organizer, told me.

At the back of the pack, she wished a happy new year to all the pedestrians.

"I was making sure things were going well at the intersections," Natalia Calderone, who was helping to discipline the crowd, told me.

As it was a public holiday, the streets were abnormally quiet.

1 Consult your pharmacist rather than your doctor 2 Jake DeBrusk steals the show at the Winter Classic 3 Earth, Wind drummer Fred White dies 4 The snowmobiling season is slow to take off 5 Snow sports are falling apart 6 Disappointing deliveries in 2022 for Tesla 7 In Florida, the influx of Cuban migrants leads to... 8 Ukraine and the EU will hold a summit on February... 9 China could claim the Moon as one of its territories,... 10 Drinking water every day could slow aging 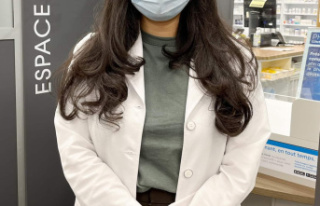 Consult your pharmacist rather than your doctor